Rob Ford's close adviser says the Toronto mayor could benefit from an alcohol treatment program after his recent eyebrow-raising appearance at a restaurant with an accused drug dealer.

Dennis Morris, the mayor's long-time lawyer and friend, said he doesn't know what caused Mr. Ford to "fall off the wagon" and that he seemed fine when he last spoke with him by phone a week ago.

"Let's put it this way: Assistance would never hurt anybody who has a problem, right?" Mr. Morris said Wednesday when asked whether the mayor should consider formal treatment. "Whether in his case, I can't comment. But, you know, [if]someone offers go to AA or someone offers, 'Come to this treatment program for three or four weeks,' that's never a negative. It's always something that could be of assistance."

Mr. Morris's comments mark a shift from his previous remarks on the value of rehab for the Toronto mayor, who has said he quit drinking for good in November. In the past, Mr. Morris has said Mr. Ford is not an addict and has too high a profile for rehab while also casting doubt on the effectiveness of such programs.

Mr. Ford said he had a "minor setback" but insisted the latest episode is a private matter that doesn't affect his work. He also said Wednesday that he is "still working hard" to improve his health, without providing details.

Since a video of Mr. Ford behaving erratically was posted to YouTube on Tuesday, several city councillors have renewed their calls for Mr. Ford to seek professional help.

Mr. Ford acknowledged on Tuesday that he had been drinking "a little bit" when he was recorded speaking incoherently in Jamaican patois and using vulgar language to describe Police Chief Bill Blair at a fast-food restaurant earlier this week. A second video shows him at the restaurant with an accused drug dealer.

After admitting last fall that he had tried crack cocaine in a "drunken stupor," Mr. Ford has repeatedly said he no longer drinks alcohol, including telling CP24 in mid-November that he "guaranteed" he had quit for good. Mr. Ford has also said he sought unspecified medical help.

In the second video, Mr. Ford is seen sitting at the restaurant with his friend Alessandro Lisi, who faces several criminal charges, including trafficking and possession of marijuana as well as extortion in relation to alleged efforts to retrieve a video of Mr. Ford smoking crack cocaine.

"The optics aren't the best," Mr. Morris said. "The difficulty is he supports people, but practically speaking, from a political point of view, he shouldn't be."

"If you're going to be drinking, don't do it in public," he said. "And secondly, don't be involved in being a possible party to a video when you're saying things that, if you're going to say at all, should be said in private."

On Tuesday, an unapologetic Mr. Ford said the video was shot on "my own time." He didn't say when he'd begun drinking again but last week snapped at a reporter who asked whether he'd taken a drink while visiting a nightclub, telling her: "I don't drink."

Mr. Morris said he hopes the incident strengthens Mr. Ford's resolve to quit drinking. He noted that relapses are common among people trying to stop drinking and bemoaned the level of media attention focused on the mayor.

"With this happening, hopefully he'll be further determined." 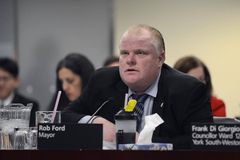 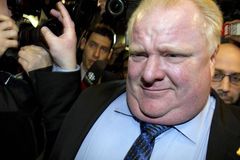 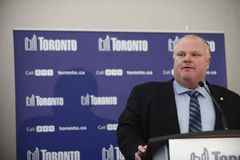 Rob Ford pulls 'another nugget out of his bag of crazy,’ Jimmy Kimmel jokes
January 22, 2014 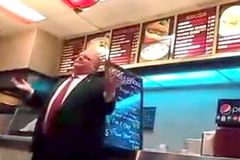 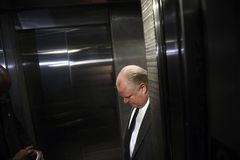 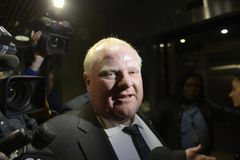 The Rob Ford e-mails: 10 glimpses of how the mayor's office handled crack scandal
January 21, 2014
Follow Jill Mahoney on Twitter @jillsmahoney
Report an error Editorial code of conduct
Due to technical reasons, we have temporarily removed commenting from our articles. We hope to have this fixed soon. Thank you for your patience. If you are looking to give feedback on our new site, please send it along to feedback@globeandmail.com. If you want to write a letter to the editor, please forward to letters@globeandmail.com.
Comments