Jeff Melanson, the wunderkind arts executive, is leaving his posts at the National Ballet School and the city of Toronto to become president and CEO of The Banff Centre, one of Canada's most prestigious arts institutions.

Mr. Melanson, 37, won an international search to find a replacement for Mary Hofstetter, who is retiring after a decade in the job.

"These opportunities really don't come along that often," said Mr. Melanson, now executive director and co-CEO at the NBS, as well as Toronto Mayor Rob Ford's special adviser on arts and culture.

"Although leaving is bittersweet for my family, the Banff Centre is one of the world's leading arts training organizations. In terms of professional challenge, it's almost unique."

He expects to spend some time there this summer and will formally relocate his family - his wife, former pianist Jennifer Snowdon Melanson, and three children (Caelan, Maddie, and Claire) - to Alberta in October. He will assume his role officially on Jan. 2, for a five-year term.

"In both the arts and the greater community, Jeff Melanson is known internationally as a dynamic and visionary leader committed to innovation, outreach and growth," Jeffrey Kovitz, chairman of the Banff Centre's board of governors, said in a statement. "We look forward to building on the successes of The Banff Centre on the world stage."

Mr. Melanson, the first arts executive to be named to Canada's Top 40 Under 40, was approached in February by Janet Wright and Associates, the headhunting firm retained by the Banff Centre to conduct the search. He went through two rounds of interviews to win the appointment.

Simultaneously, he acknowledged, he was being wooed by a major New York City arts-related establishment.

"But it was important to me that I stay in Canada," he explained. "I'm a Canadian, I love Canada and I know we can create a globally competitive creative culture with the incredible range and diversity of artistic talent in this country."

He said his departure - after nearly five years with the NBS and only six months with the city - should "in no way be viewed as a commentary" on those organizations. Although serving as Mr. Ford's cultural adviser was "very time consuming - I have compiled 3,000 e-mails on that dossier since October - it was not a factor in the decision. The arts community has rallied nicely and the mayor has been true to everything he promised."

Mr. Melanson had made it a condition of his accepting the mayor's invitation to serve as cultural adviser that not a single penny was cut from the city's arts funding commitments.

Although he said it was too soon to talk about specific new initiatives at Banff, Mr. Melanson noted that his modus operandi is team building.

"I'm looking forward to meeting programmers in all the disciplines - music, dance, filmmaking, writing, the visual arts - and continuing to bring together the best and the brightest."

As part of his responsibilities, Mr. Melanson will also oversee phase 2 of the Banff campus's renewal program. The campus last year opened the Kinnear Centre for Creativity & Innovation, part of a long-term revitalization that also includes a new 1,600-seat outdoor amphitheatre.

Although he will be thousands of miles away geographically from Toronto in the fall, Mr. Melanson observed that "the world, frankly, is a small place these days. I can easily imagine that many collaborations that have been started will continue. Geography won't stop anything."

A native of Winnipeg, Mr. Melanson trained as an opera singer and segued into arts administration after earning an MBA at Sir Wilfred Laurier University. He spent six years as dean of the Royal Conservatory of Music, where he was credited with expanding its circle of outreach to Toronto's ethnic communities. In his five years at NBS, his innovative marketing and fundraising initiatives helped turn a chronic deficit into a robust surplus.

His core message has been consistent: Artists and arts organizations need government subsidies, but they must also become more entrepreneurial and work harder at finding new sources of funding.

At the same time, Mr. Melanson has lobbied governments to recognize the powerful economic engine that culture represents.

Evidence for that thesis is contained in Creative Capital Gains, a new cultural action plan for Toronto to be presented to city council next week. According to the report, for which Mr. Melanson served as an adviser, the city's cultural economy employs 130,000 people and injects more than $9-billion annually into the city's GDP.

Urging the city to meet its goal of raising the amount spent on culture to $25 per capita (from the current $18) by 2013, the report argues that it is municipal arts funding that often "triggers the participation of federal and provincial governments, private sector sponsors and donors. Without [it] other partners are less likely to come to the table." 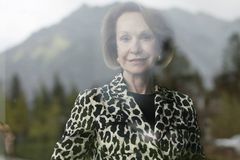 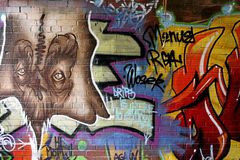 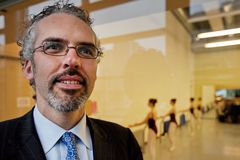 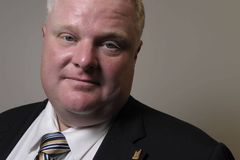 Entrepreneurship and diversity are main concerns of Rob Ford's new arts adviser
May 2, 2018