An apology offered, an apology accepted: that was the scenario Wednesday evening in Toronto as the 102-year-old Royal Ontario Museum acknowledged that a controversial exhibition it mounted more than a quarter-century ago was racist in content and effect against African-Canadians.

The apology was read to applause to a largely invited crowd of about 70 at the museum by Mark Engstrom, the ROM's deputy director of collections and research, and its point person on a reconciliation effort that began just over two years ago.

In a speech, Josh Basseches, the museum's new director and chief executive officer, heralded the apology as "an extremely important milestone" for the institution as it both "acknowledges and turns the page on mistakes made."

The apology arose out of the events surrounding the Into the Heart of Africa exhibition that ROM opened Nov. 16, 1989. Protests by African-Canadians and others, calling themselves the Coalition for the Truth about Africa (CFTA), followed soon afterward, claiming the show presented "a white supremacist view of Africa."

The exhibition featured hundreds of African artifacts from ROM holdings that had been acquired through theft, purchase or gift by Canadian soldiers, missionaries and engineers in the late 19th century and early 20th. By the spring of 1990, pickets were almost a daily occurrence outside the ROM, and on at least two occasions there was violence between police and protesters. Museums in Vancouver, Ottawa, Albuquerque and Los Angeles were supposed to take Into the Heart of Africa after its Toronto debut, but all four subsequently pulled their participation.

Members of the black community called for an apology at the time. They also wanted the show closed and, if it was to be reopened, recast with community consultation. However, the ROM declined and relations stayed largely sour until October, 2014, when the museum reframed its African programming and display, and hosted a weekend-long symposium involving museum officials and African-Canadians, several of whom had been active in protesting Into the Heart of Africa.

The wording for the apology was hammered out about five weeks ago, said Rostant (Rico) John, chairman of CFTA. In a speech Wednesday, he applauded the ROM's reconciliation effort. "When a wrong has been done, it has to be righted," he said. "ROM did not slip or slide nor hide in working with us."

At the same time, in another speech, Afua Cooper, poet and professor of sociology and social anthropology at Dalhousie University, floated the idea of starting a separate African-Canadian museum. "It's an idea we've had for the past 25 years," she observed. "So maybe that's part of the reconciliation."

The apology as read declares that Into the Heart of Africa "displayed images and words that showed the fundamentally racist ideas and attitudes of early collectors and, in doing so, unintentionally reproduced the colonial, racist and Eurocentric premises through these collections had been acquired. Thus, it continued, Into the Heart of Africa "perpetuated an atmosphere of racism and the effect of the exhibition itself was racist."

Mr. Engstrom said ROM "deeply regrets" having "contributed to anti-African racism" and apologized, too, for "the suffering endured" by African-Canadians as a result of Into the Heart of Africa.

Wednesday's ceremony also afforded Mr. Basseches the opportunity to announce several other new initiatives over the next five years with respect to African-Canadian communities. These include "enhanced partnerships with black educational networks;" the creation of two internships for black youths interested in museological practice; an annual lecture on African culture and diaspora issues and, in 2018, a major new exhibition featuring work by eight artists and dealing, in part, with the exclusion of black themes from mainstream art. 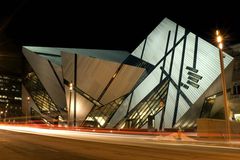 Pride Toronto apologizes for ‘history of racism and marginalization’
September 20, 2016 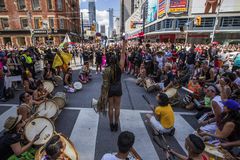 Opinion
Whiteness is a racial construct. It’s time to take it apart
October 10, 2016
Follow James Adams on Twitter @Jglobeadams
Report an error Editorial code of conduct
Due to technical reasons, we have temporarily removed commenting from our articles. We hope to have this fixed soon. Thank you for your patience. If you are looking to give feedback on our new site, please send it along to feedback@globeandmail.com. If you want to write a letter to the editor, please forward to letters@globeandmail.com.
Comments