The mother of a teenager who died in a hail of police gunfire nearly three years ago stared directly at the Toronto officer who killed her child as she told court she will never forgive the man.

Sahar Bahadi, speaking through tears in a slow determined voice, said all she wants is justice for the death of her 18-year-old son, Sammy Yatim.

Her comments were among three victim impact statements made Wednesday at the sentencing hearing for Const. James Forcillo, who was found guilty of attempted murder in Yatim's death in July 2013.

"They say to move on you have to forgive," said Bahadi. "But as a mother, I will not forget and I will never forgive. Human life matters. My son, Sammy, matters."

Forcillo's shooting of Yatim, which was captured on cellphone videos that went viral, triggered public outrage in Toronto and prompted the city's police chief to launch a review of officers' use of force.

In a confrontation that lasted less than a minute, Forcillo fired two separate volleys — three shots and then six shots — at Yatim, who had consumed ecstasy and was wielding a small knife on an empty streetcar.

A jury acquitted Forcillo of second-degree murder in Yatim's death, but found the officer guilty of attempted murder for continuing to fire after the dying teen had fallen to the floor.

The Crown is asking for eight to ten years behind bars for Forcillo, but his defence team is seeking a sentence of house arrest, arguing that the mandatory minimum sentence for his offence wasn't meant to apply to police officers.

Bahadi, however, said she wants her son's death "to mean something."

"I hope there are changes in police policies for dealing with people in crisis," she said. "I want the police to remain a source of confidence, security and respect for all people. I do not want another mother to suffer as I do."

The profanity-spouting, dazed-looking teen on videos which captured the encounter between Yatim and Forcillo was not the quiet, respectful child she loved, Bahadi noted.

"The Sammy we know is not the Sammy we saw on the streetcar," she said. "It was clear to everyone who knew him that something was wrong that night, he was not himself."

Listening to her son being portrayed in a negative light throughout Forcillo's trial was extremely hard, Bahadi said.

"So many times in court I wanted to stand and scream and say, no, he's not like that," she said. "I can only imagine how scared he was when he was on that streetcar, and how terrifying it was for him lying on the floor....my son died in less than one minute, for what?"

Yatim's father also struggled to make sense of his son's death and said he replays the night of the teen's confrontation with Forcillo over and over in his mind.

"I keep asking myself constantly all of the 'what if' questions. What if he had been able to speak with me that night?" said Nabil Yatim, referencing requests his son made for a phone to call his father shortly before he was shot.

"What if that police officer was not on duty that night?"

Forcillo testified that he never wanted to kill anybody when he confronted Sammy Yatim, but fired because he thought the teen was about to come at him with his switchblade.

While a judge now has to decide Forcillo's sentence, the officer's defence team is arguing that the mandatory minimum prison sentence for attempted murder with a restricted firearm is "overbroad" and would constitute "cruel and unusual punishment" if applied in this case.

The Crown, however, says the mandatory minimum is intended to apply to everyone and argues that police officers should not get special treatment.

They argue that Forcillo's case appears to be "among the most egregious examples of unjustified violence by a police officer in Canada."

"A criminal attempt to extinguish the life of Sammy Yatim with a hail of hollow point bullets will not be tolerated in our free and democratic society," said Crown prosecutor Ian Bulmer. "The primary sentencing principal in this case must be denunciation and general deterrence." 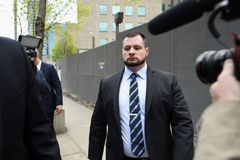 Yatim’s injuries not an aggravating factor since he was already dying: lawyer
May 18, 2016 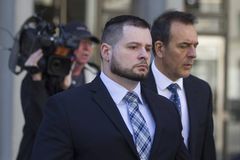 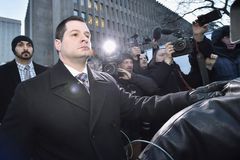