A trailblazing former police chief from Saskatchewan is the wild card contender to become Toronto's next chief, The Globe and Mail has learned.

Dale McFee may not be a household name in Canada's largest city, but he is nationally recognized and respected in law enforcement.

Four years ago, Mr. McFee transplanted a creative, community-based policing model from Glasgow, Scotland, to his force in Prince Albert, Sask. The results have been dramatic, and the program is being replicated across the country – including in Toronto.

A source with knowledge of the process said Mr. McFee is being offered as a viable, outside alternative to the current front-runners, Toronto's Deputy Chief Peter Sloly and Deputy Chief Mark Saunders.

Mr. McFee retired from the Prince Albert force to become Saskatchewan's deputy minister of corrections and policing in 2012. He is a past president of the Canadian Association of Chiefs of Police, president of a junior team in the Western Hockey League and a Métis with strong support in the aboriginal community.

That back story has intrigued Toronto's seven-member civilian oversight board.

Chief Bill Blair's contract is up at the end of next week. About half a dozen contenders have been interviewed, and the board hopes to name a successor before the chief's departure.

The shortlist includes an international presence, board sources told The Globe earlier this month, and options from elsewhere in Canada. The city's three deputies – Michael Federico is the third – are also in contention, although the spotlight has focused on Deputy Chief Sloly and Deputy Chief Saunders. Both are black and worked their way through the ranks in Toronto to the second highest rung.

Mr. McFee did not respond to interview requests, and the police board would not confirm he is a candidate.

Deputy Chief Saunders is viewed as the establishment choice, favoured by those in the command and the union, with a thick Toronto policing résumé that includes the drug squad, intelligence unit, professional standards and homicide squad.

Deputy Chief Sloly is seen as the innovator. He has an MBA, experience as a United Nations peacekeeper and the support of influential leaders in the black community. When he was named deputy in 2009 at the age of 43, he was one of the youngest in the country to achieve that rank. His rapid rise has upset some within the service.

The conventional wisdom in Toronto's policing community is that Deputy Chief Sloly or Deputy Chief Saunders will take the helm of Canada's largest municipal force.

Since the service's inception in 1957, it has never had a chief who was not a cop in the city first. But events in recent years, including strategies to reform the force, have opened the door to an outside option.

For one, the once-happy relationship between Chief Blair and the board has broken down. Controversial police tactics during the G20 summit, disputes over carding – the practice of questioning and collecting information on people who are not under arrest, which is thought to affect minorities disproportionately – and pushback over the direction of needed reforms have contributed to the strain. His recommendation has less weight than it would have five years ago.

For another, Toronto's police budget is now a billion dollars. Pressure to cut costs and find savings – through partnering with other services and institutions, contracting out jobs, and rethinking the tasks police officers perform – has also contributed to the tension. There is a concern that an internal candidate would be less likely to embrace the kind of true and unpopular change needed to modernize the force and bring costs under control.

Finally, the debate over the two internal candidates has been polarizing. Choosing neither could be a sort of compromise.

Geoff Gruson, former executive director of the Police Sector Council, a group that has studied human resources issues in policing, said he has no inside knowledge of the process but would not be surprised if Mr. McFee is in the running.

"He's bright, entrepreneurial, has a very wide perspective when he looks at issues. He's well respected and he gets to the job and does the job well," Mr. Gruson said.

However, Mr. McFee's policing career was in a city of about 40,000 people and only about 100 sworn officers. Toronto has a population of about 2.8 million with a force of 5,460.

Mr. Gruson said that should not be a deal breaker. Being a police chief is "95-per-cent management," he said.

"Can he run an organization with a billion-dollar budget? Sure. I think he'd do it quite nicely. I think he's a great manager. He's a guy that cuts through the bureaucracy. … And that might just be what Toronto needs," Mr. Gruson said.

He added that Mr. McFee's community policing system is evidence of his skill.

The "hub" program, which was inspired by a model in Scotland, brings front-line social service professionals, representatives of the education system and police officers together twice a week to discuss individuals who are at risk. Together, they craft an intervention strategy that usually involves a visit to the person's home for a conversation about services that are available to them.

Around 2007, five years into his tenure as chief of Prince Albert, Mr. McFee looked at his force and saw a crisis. Crime had doubled in the previous eight years. The city had more per-capita policing calls than anywhere in the province, even as crime elsewhere in the country was falling.

Within a year and a half of implementing the hub system, crime was down 28 per cent.

In 2014, Mr. McFee co-wrote a discussion paper about the model entitled The Prince Albert Hub and the Emergence of Collaborative Risk-driven Community Safety.

The model, it reads, "operates on the simple principle that if something bad is predictable, it is also preventable. The Hub model saves lives. It connects people at risk to the services that can help them, when they need them most. It stops crime before it happens. And, there are growing indications that it is improving general public safety and community wellness in Prince Albert."

The program evaluates people's risk factors for committing crime, such as unemployment, housing problems, education standards, domestic violence and drug and alcohol use.

According to the paper, each case takes about nine minutes to discuss, and contact with the individual usually occurs within two days.

Mr. McFee's report notes that the "very local nature" of the hub makes it transferable to large, urban jurisdictions with identifiable neighbourhoods.

Even so, Mr. Gruson said he believes the police board will pick an internal candidate.

"I know that [Mr. McFee] loves what he's doing and he's making some great changes with the Saskatchewan government," Mr. Gruson said.

He added, "It's probably Sloly's to lose." 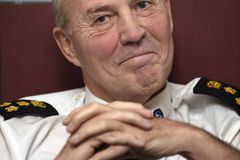 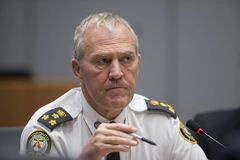 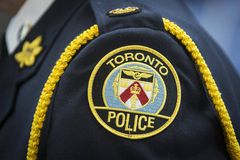