In 1971, Steve Gupta arrived here from India with $125 in his pocket. He's now building $500-million condo towers, and mini-Yorkville-style retail boutiques in the heart of the entertainment district. He owns 15 hotels with two more under construction.

When he got married in 1973, he mistakenly drove in his rickety car on the Bridle Path, with his wife, Rashmi, and was in awe of the huge homes. "This is where one day we are going to live," he told his young bride. That's where he currently calls home.

As a businessman, with real estate downtown -- but no dealings with a casino developer himself -- Mr. Gupta thinks a gaming resort would be good for the city. He spoke to the Globe and Mail about his own rise in Toronto real estate and what he sees as the benefits of a casino resort.

What initially led to your success?

It all started with a dream, vision and passion to build a career on my own. I worked as an insurance salesman. In 1978 I purchased a car and truck stop on highway 401 in Port Hope, Ontario. Sixty people were employed there. I worked extremely hard, made necessary changes and soon it became the largest-volume gas and diesel service centre in Canada.

I believe entrepreneurs come all wired up from the gods. All they need is an opportunity to shine. Port Hope was my opportunity.

In 1986 I, along with a group, purchased Peter Pocklington's package of 2,500 apartments for $59.7-million from receivers. Then in 1987, I spearheaded a joint venture to purchase 5,726 apartments from the receiver Clarkson Gordon for $210-million.

Entrepreneurs are risk takers by nature. I am one of those [people] who, for an opportunity, will jump off a tall building in the interest of time and build a parachute on my way down.

In 2011, I purchased a precious piece of real estate at 355 King Street West, in the heart of the entertainment district in Toronto, to build two 48-storey and 44-storey towers with 807 condominiums along with retail shops and an office complex.

How would proposals for a casino in Toronto affect your project?

In my opinion, the City of Toronto needs another very strong year-round attraction to attract tourism. Florida/Orlando gets approximately 28 million tourists per year. Toronto is a world-class city and can attract a lot more people from Europe, India and China. Niagara Falls growth has been exponential since the casino was developed. It is not just about gambling but instead, casinos should have theatres and restaurants that provide entertainment for families.

In my opinion, the Toronto downtown real estate values will increase subject to the location of the casino.

Where would you prefer to see the casino located? Exhibition Place, the Port Lands, the Convention Centre, or at Woodbine?

My first preference would be downtown Toronto. Next, Exhibition Place and third would be the Port Lands.

But the decision is up the city councillors. As a businessman, it is my opinion that it should be located where existing businesses can benefit from tourist business.

Do you have any business relationships with casino projects?

According to my information, if the Toronto City Council votes against any of the casino proposals, the City of Mississauga is likely to stake its claim, as is Markham.

You made some significant financial commitment for the Toronto International Film Festival building? What's your special relationship with TIFF?

My wife Rashmi and I are donors for TIFF and they have named a box after us in the Tiff Bell Lightbox. TIFF is doing a tremendous job to promote art, culture and films. During the film festival the city is sparkling with the presence of movie stars, directors and producers, etc.

At your King Blue condo towers, you are donating a large space for a public art gallery.

Yes we have given 9,000 sq. ft. of space to the Theatre Museum of Canada. King Blue will be its first [permanent] home.

What do you think of the prospects of your condo towers, given that the real estate market is a bit soft now?

Actually the real estate market is very strong and steady in Toronto. I do not believe there is a bubble. I believe there is a steady market, the reason being that 100,000-plus immigrants each year make GTA their home. Since the start of rent controls in 1976 in Ontario no serious rental accommodation has been built; Interest rates are lowest in 50 years and will remain low for few years to come, etc. and Toronto's population is now third largest in US and Canada after Los Angeles and New York, and fourth largest in North America including Mexico City. 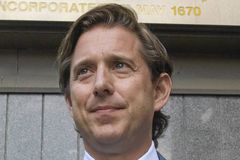 ‘Casinos are highly sophisticated examples of social engineering meant to separate people from their money’
April 6, 2013 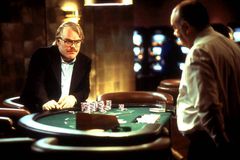