The senior police officer who ordered indiscriminate mass detentions and arrests at the violence-marred G20 summit in Toronto six years ago will be reprimanded and forfeit 30 paid days, a tribunal ruled Wednesday.

In sentencing Supt. David (Mark) Fenton for exceeding his authority and discreditable conduct, retired justice John Hamilton said dismissal or even temporary demotion would be too harsh.

"His misconduct occurred under the noses of his superiors," Hamilton said. "He should have been stopped by his superiors. That never happened."

The 28-year officer was the incident commander when he ordered police to detain or arrest hundreds of people — most peaceful protesters and passersby — during the tumultuous weekend summit. Several hundred were kept for hours in cold, torrential rain, despite pleas to be allowed to leave. Others were kept in deplorable conditions in a makeshift detention centre.

Fenton, 56, took over command under an order to "take back the streets" after vandals had run amok in the downtown core, causing several million dollars in damage. The police service, Hamilton said, was "wringing its hands" and had no plan to deal the violence.

"He was motivated by fear," Hamilton said of Fenton. "The fear did not justify the actions taken but it was relevant to Fenton's motivation...the protection of property, the public and the G20 delegates."

While other senior officers "failed miserably" in their duties that weekend, Hamilton said, Fenton either failed to grasp, or ignored, the importance of the fundamental freedoms of those on the streets. The illegal detentions and arrests he ordered as "top dog" tarnished the reputation of the police service, Hamilton said.

Fenton, who remains in charge of a detachment, watched the proceedings in full dress uniform. He left without saying anything, as did the prosecutor, who had wanted a year-long, one-rank demotion.

Complainants, who had called for his firing, expressed disappointment at his punishment.

"What has he learned?" said Lucius Dechausay, one of the complainants.

"He's learned that this is OK, that he can forfeit a couple of weeks vacation and it's totally fine to actually abuse the law in the way that it was abused."

Fenton's lawyer, Peter Brauti, called it important the tribunal recognized that what was one of the largest breaches of civil liberties in Canada could not be pinned on the failings of one man.

The systemic errors made at the summit took place in an unprecedented situation, Brauti said, adding his client has taken a significant hit for his role.

"People can say, 'Well, it's just a penalty of days off and it's not particularly a big deal,' but we're taking about a professional reputation," the lawyer said.

"The biggest thing is that he's relieved that this process is now winding down to an end because he's had to endure it for six years."

In finding the officer guilty, Hamilton said Fenton had no reasonable grounds to order the detentions, in one case just minutes after coming on shift. But in his sentencing remarks, the retired judge said Fenton's long and exemplary career should not be judged for two mistakes made in a unique set of circumstances.

Fenton, who had little experience an as incident commander, apologized for his conduct after his guilty finding, said Hamilton, who stressed the tribunal proceedings were administrative rather than criminal, and the punishment meted out had to fit within an employment context.

Two class actions arising out of the illegal detentions and arrests have been given the green light to proceed, but the police services board is asking the Supreme Court of Canada to stop them in their tracks. 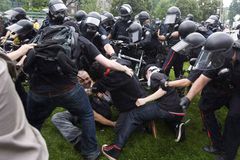 A message needs to be sent with police officer’s sentencing for G20 'kettling'
April 14, 2016 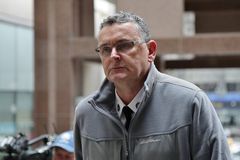 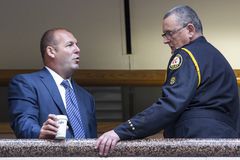