In an end-of-year interview, Mayor Rob Ford made it clear that his transit priority is extending the Sheppard subway line. It's not a crazy idea. The question is whether it represents the best bang for the transit buck.

The idea of a full-length Scarborough subway line goes back a long way. As early as the 1960s, transit planners were talking about the need for a crosstown east-west rapid transit line at what was then the northern edge of the city. In 1985, an ambitious transit-expansion plan, Network 2011, called for a subway line along Sheppard, initially from Yonge to Victoria Park and later into Scarborough. The line would link two growing suburban downtowns, in North York and Scarborough, and ease pressure on the existing crosstown line on Bloor-Danforth.

After several stops, starts and changes of mind - the typical pattern for Toronto transit - tunnelling got under way and the line finally opened in 2002, the first new subway since Bloor-Danforth in 1966. It took eight years to build and cost around $1-billion, but that money was only enough for five stops over 5.5 kilometres, ending at Don Mills station. Mr. Ford would add another seven stops over eight kilometres.

The attraction of the plan is obvious. Extending the line to Scarborough Town Centre would link it with the Scarborough rapid transit line that comes up from the Bloor-Danforth subway, creating a continuous loop. If Mr. Ford has his way, a new subway would replace the outmoded Scarborough RT and the loop would be all subway.

And as Mr. Ford likes to say, people want subways. Polls show they prefer them to all other forms of transit. Why wouldn't they? Subways are faster, carry more people and don't interfere with traffic. If pollsters asked people what kind of car they prefer, many would say a Mercedes, too. The issue is what we can afford.

The Toronto Transit Commission says that subways cost about $300-million a kilometre to build, compared with $75-million to $100-million for the light-rail transit (LRT) envisioned under the Transit City plan that Mr. Ford has unilaterally declared dead. The total cost for the Sheppard subway extension would be $3.6-billion, not including $500-million for a possible new train yard.

That's a big jump from the $1.1-billion cost of the planned Sheppard LRT, which at 12 kilometres and 26 stops would go further and serve more intersections than a Sheppard subway. Doing the math, swapping LRT for subway would mean about one quarter of the stops for three times the cost.

By the time it was finished around 2020, a Sheppard subway would gobble up about half of the $8.15-billion that the provincial government has promised for rapid transit, putting a big question mark over other important projects like the Scarborough RT replacement and an Eglinton crosstown line.

It is a lot of eggs to put in one basket, especially when it is not clear that there is enough demand to justify a subway along Sheppard. Estimates say about 3,000 riders an hour would take the Sheppard LRT at peak times, if it were ever built. Transit planners argue you only really need a high-capacity system like a subway when demand reaches 15,000 an hour.

The existing Sheppard "stubway" that stops at Don Mills carried 4,950 riders an hour at peak as of 2009, up from 3,700 an hour in 2003 but still a far cry from the up to 30,000 carried by the Yonge-University line today. The stubway carries fewer riders overall than the Spadina-Harbourfront streetcar.

Mr. Ford says he want to run city hall like a business. Before he plows ahead with a Sheppard subway, the new mayor should consider whether it is the most cost-effective solution for the business of moving people. 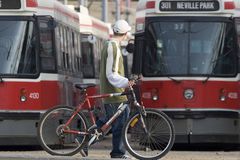 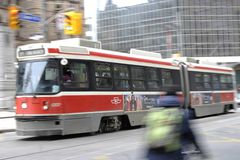