A string of orange and yellow market stalls decorates the southeast corner of Dundas and Bathurst streets, where vendors offer everything from crêpes to T-shirts to bicycle repairs. Metal tables and chairs line the sidewalk, giving passersby a place to stop for lunch, sip a little home-made lemonade or catch some shade under a row of trees.

Two years ago, this spot was just a drab stretch of pavement abutting a concrete wall on the edge of the working-class Alexandra Park neighbourhood. But Scadding Court Community Centre has transformed it into a bazaar, assembling disused shipping containers and renting them out to merchants to convert into shops.

It's an innovative model that jazzes up the streetscape and gives entrepreneurs a cheap way to get started. Market 707, named after its address on Dundas, is also helping rectify one of Toronto's biggest failings: the lack of diverse street food.

And on Friday, the community centre is hosting a charrette and reception launching a how-to manual on starting up a shipping container market. The aim is to encourage others to follow their example on streets and parking lots around the city.

"It's giving independent businesses a chance to try out something, make a go of it and thrive. And it's a way to reclaim public space," Scadding Court's Jacqueline Hall says. "Now that we've done it, we're hoping to help other people do it."

It's common to repurpose shipping containers, particularly in the developing world, into everything from storage units to living spaces to building blocks for larger structures. But the market stall concept is new to Canada.

The project began a year and a half ago when Scadding Court's executive director, Kevin Lee, took the plan to Councillor Adam Vaughan, who kicked in some city money to get it started.

The community centre bought the containers, and rents each one out for $300 to $325 per month. The vendors are responsible for outfitting them. Marilyn and Howard Bissoon, who run the T & T roti shop, brought in a barbecue and placed a hot plate on it to use as a stove; a sheet of stainless steel laid on a chest of drawers serves as a counter. Next door at Casbah, Dali Chehimi uses an electric grill.

The proprietors themselves have equally diverse backgrounds.

Mr. Chehimi, for instance, is a restaurant industry veteran who once managed Yorkville's Sassafraz. He joined 707 to serve North African foods, such as camel burgers, that are still little-known in Toronto. Since getting his stall in January, he's built up a regular clientele, many of them workers at design firms on nearby College and Queen streets. Customers even text him their orders before they arrive.

"The community culture is helping us a lot," he says. "It's very nice – it's like a United Nations of food."

For bike mechanic Satchel Dille-Boyd, who runs Spin Can with Chase Brokenshire, the market is the only way he could start a business at age 19. Every day, he juggles several larger fix-it projects with numerous small repairs.

"It's been hectic to say the least, but it's a good hectic," he says. "It feels good to hold the reins."

The Bissoons have lived in the neighbourhood for three decades. Now semi-retired, they opened T & T to stay involved in the community. Their meals are reasonably priced, and those who can't afford one eat for free.

Nine of the 12 stalls serve food, and 30 to 40 people are on a waiting list hoping to snag one of the spaces, Ms. Hall says.

The market's success stands in stark contrast to Toronto a la Carte, city hall's attempt to expand street food offerings beyond the traditional hot dog. That program suffered from red tape that made vendors shell out thousands of dollars to buy a heavy food cart and pay a location fee.

"City staff saw it, bought into the idea, became customers and found ways to protect it," Mr. Vaughan says. "When a great idea comes up, sometimes it's better to do it first and ask for permission later."

When Toronto is famous for its street food, you can thank this man
April 28, 2012 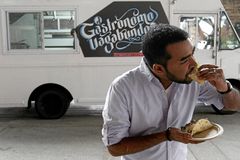 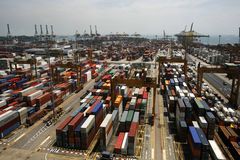