Prominent Toronto criminal lawyer Randall Barrs was steps from his Annex office Tuesday afternoon when he was shot multiple times by a man dressed in construction gear, who was taken down moments later in a gunfight with undercover police officers.

As Mr. Barrs and his alleged attacker both recovered in hospital on Tuesday, Ontario's Special Investigations Unit took over the investigation of the brazen daylight shooting that was witnessed by multiple bystanders.

Tudor Manole, 23, said he saw a man in a hazard vest approach a man in a suit near Bedford Road and Prince Arthur Avenue around 3:30 p.m.

"Then the hazard-vest guy pulled out a gun and shot him quite a few times, three or four times possibly," Mr. Manole said. "The guy fell over, at which point [the suspect] ran back to get into his car. He began to drive away but noticed the other guy was getting up so let off a few more shots from inside his vehicle, at which point undercover cops boxed him in and had him at gunpoint."

Lisa Born, a 53-year-old Bedford Road resident, was en route to do her laundry when she came across an officer in plainclothes training a rifle at an occupant of a silver Honda Civic.

"I saw a body slumped over the driver's seat of the Civic," she said.

Halton Police confirmed in a statement that its officers were involved in the shooting, but did not explain why they were out of their jurisdiction in unmarked vehicles. The SIU investigates police shootings in the province, along with all circumstances involving police that result in death, serious injury or allegations of sexual assault.

SIU spokesperson Jason Gennaro said the suspect, 51, was undergoing surgery for his injuries Tuesday night, while the victim, who was identified as 66-year-old Mr. Barrs by colleagues, was also recovering in another hospital from "gunshot wounds to his legs."

The agency has identified one subject officer and four witness officers. Mr. Gennaro confirmed several plainclothes officers were doing surveillance in the area, but would not say whether they were monitoring the suspect. SIU will lead the investigation into the second shooting, while Toronto police are tasked with investigating the attack against Mr. Barr.

"Our investigators are looking at exactly what transpired in the lead-up to the shooting of both the lawyer and the man who was shot by the police," said Mr. Gennaro, who would not confirm the suspect's attire or whether he had a known relationship with Mr. Barrs.

The head of the Criminal Lawyers' Association, Anthony Moustacalis, said Mr. Barrs was a very well-known member of the defence bar, who acted in high-profile drug and murder cases as well as for clients charged with drunk driving or other offences.

He said his organization would be reaching out to Mr. Barrs as soon as possible, looking to help if he needs it. "Nobody wants to see lawyer shot by a client or possibly somebody else," Mr. Moustacalis said. "Nobody deserves that."

Mr. Moustacalis said it was extremely rare for Canadian criminal defence lawyers, even those who regularly act for drug dealers or underworld figures, to face violence. Family law lawyers, he said, dealing with messy divorces or domestic violence cases, are much more likely to face threats at work, he said.

Ari Goldkind, a Toronto criminal defence lawyer questions how the shooting could happen with police so close by. While the suspect is yet to be deemed one of Mr. Barrs's clients, Mr. Goldkind said it's extraordinarily likely that he is.

"He targeted a criminal defence lawyer. It's not hard to put two and two together."

Mr. Goldkind questioned whether police were monitoring the suspect and knew he was dangerous. "Until I get an answer about why these Halton cops were trailing this shooter, when they knew he was armed and dangerous, and left Randy Barrs to the wolves, I will not be satisfied."

The crime, he says, is a reminder of the inherent dangers attached to his field.

"I'm upset. I don't take this lightly. This would likely not only be upsetting to me, but all the fantastic and hard-working defence lawyers in this city who stick their neck out to defend overtly dangerous people at all costs."

Lawyer Clayton Ruby described Mr. Barrs as a " highly respected criminal lawyer specializing in drugs and people who own bars down in the bar district."

On his firm's website, Mr. Barrs is described as "one of the top trial lawyers in the nation" who defended more than 20 murder cases in his first decade of practice. His biography says he "established himself as an expert in conspiracy, wiretap and search warrant law in the late 70s during the marijuana wars, and this carried through the 80s and 90s when Mr. Barrs was the most recognized defence lawyer in the federal government's interdiction of cocaine importation and trafficking involving U.S.A., Colombia, Spain and Italy."

Mr. Barrs defended the men behind Ontario's largest pot bust at the former Molson brewery along Highway 400 in Barrie in 2004.

With reports from Jeff Gray and Eric Andrew-Gee 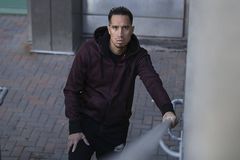 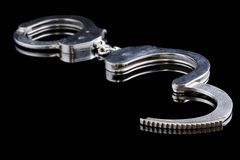 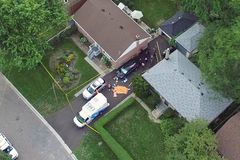