The Pan Am HOV lanes were never really for the locals – though some drivers are allowed in as a sop to public opinion – and their essential value must be judged by how smoothly those connected with the Pan Am Games are able to do their jobs.

But officials are also hoping that some local residents react to these high-occupancy lanes by changing their commuting behaviour, a key part of the overall Pan Am traffic plan. And as drivers start to become accustomed to the lanes, there are calls to consider making them permanent.

The lanes – 235 kilometres of them, mostly on Toronto-area highways – are officially temporary. They allow transit, taxis, emergency vehicles, motorcycles and, in some cases, electric cars, as well as any vehicle carrying three or more. But they are really designed to allow competitors, games officials and media to get around, intended to help Toronto avoid the sort of embarrassment caused when traffic makes athletes miss events in some other cities.

The provincial Ministry of Transportation has ruled out keeping the lanes past the games, saying that they will use the data gathered to inform future transportation choices. But others argue that it is a waste to go through the painful transition period into an HOV scenario and then simply pull the plug.

With the games having finally begun, two work weeks after the HOV lanes were brought in, The Globe looked at how they're functioning, and what to do with them.

As is often the case when it comes to traffic in Toronto, there is little hard data.

GO Transit says that their buses, which can use the lanes, are moving well and often running ahead of schedule. But some people who can't get into the lanes have been fuming publicly about extra-long commutes.

"The question is: effective for who?" asked Toronto councillor and deputy mayor Denzil Minnan-Wong. "Not if you don't have three people in your car."

He said that although he occasionally uses the HOV lanes with his family, they're not worth the delays to people who can't access them and he wouldn't support keeping them. And he questions whether they're actually having an effect on motorist behaviour.

"My suspicion is that drivers that get the benefit of HOV lanes don't get the benefit by virtue of making a conscious decision to carpool," Mr. Minnan-Wong said. "Rather, it is just by circumstance."

It's unclear who, or how many, people are using the HOV lanes. MTO spokesperson Ajay Woozageer said in an e-mail that they are "moving well," but that they don't track the composition of the carpool groups in the lanes. A carpool/matching service offered by the regional transit agency Metrolinx did not have sign-up data for the period since they came into effect.

Research from the United States, though, suggests the deputy mayor may be on to something.

According to a paper presented to the 2005 Transportation Research Board meeting in Washington, census data showed that 83 per cent of U.S. carpools included family members and 97 per cent of that group consisted solely of family members. To the extent that this included children, these carpools weren't necessarily taking vehicles off the road, though they would still increase the efficiency of the roadway.

It is unclear if that same finding would apply in the Toronto area. With people often living in one GTA city and working in another – and the HOV lanes on the highways in between – there might be less opportunity to bring children along.

And then there is the other group, the ones who don't use the lanes but are induced by their effect to change their behaviour. In a much-shared account, when the HOV lanes came into effect, Darren McGee, an editor with Globe Drive, described how his extra-long drive from east of Oshawa pushed him to try transit. He worked from home the rest of the week.

So should they stay?

In a tweet earlier this week, Toronto chief planner Jennifer Keesmaat noted that HOV lanes are "always empty when first implemented. Drivers then see them as an alternative, and change travel behaviour to access them."

She elaborated in an interview, saying that "it's the notion of rewarding the effort." And she argued that drivers react rationally as their situation changes, noting the example that carpooling has been shown to go up in some jurisdictions when the price of gas rises.

This shows that driving is to some extent elastic, that at least some people have a choice about modifying their behaviour. Which helps support the argument that, after the government has weathered the political difficulty of bringing in the lanes, and drivers have had to get used to them, it would be illogical to get rid of them when the games end.

"You're just going to take them out and everybody just goes back to the behaviour they always had," said Martin Collier, who runs Transport Futures, a regular conference series that brings together transportation experts.

"What kind of legacy will you leave, transportation-wise, with the games? The legacy could be those 235 extra kilometres. Leave them in."

Mr. Collier said that a related option would be to consider converting some or all of them to high-occupancy toll (HOT) lanes, a form of HOV lane that allows drivers without the required number of people in their vehicle to pay for access. Such lanes have been floated in recent years by the province but none have appeared.

His call was backed by Andy Manahan, a member of the 2013 panel formed by the provincial government to study funding for transit.

"The people who are paying the freight in the HOV/HOT lane are freeing up some space in the regular lanes," said Mr. Manahan, the executive director of the Residential & Civil Construction Alliance of Ontario.

"It does allow for better utilization of the existing road network, and it might convince more people to take transit. I understand the argument that people make, that people need choice and not all areas where people live have good transit options, but I think we're making some good steps to try to get there."

But others, acknowledging the MTO's official opposition to keeping these lanes, hoped only that their presence for a few weeks would at least lay the groundwork for change.

"Why can't we have a big conversation about HOV lanes, and why can't this be the start of that conversation?" said Moaz Ahmad, a Mississauga teacher who formed his consultancy, the GTA Move Network, with the hope of bringing transportation and urban planning into the classroom.

"It's a really good time to start having this conversation. I don't see us keeping those lanes … but it would be nice to grab the data, study the behaviour of drivers." 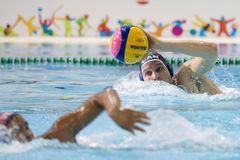 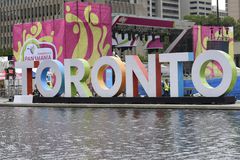 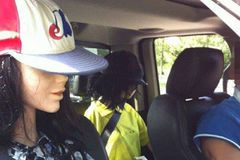