A Somali-Canadian woman is taking the federal government to court after being accused of having contact with criminals that Transport Canada said made her too much of a security threat to work at Pearson airport.

Ayaan Farah worked for U.S. Airlines until Transport Canada revoked her security clearance in late 2014, explaining that Toronto police had passed along observations of the close-knit Somali community that loosely connected her with three unnamed people who have criminal records. In one case, a group of people used her car to attend a funeral, and police observed that two of them had criminal records – although Ms. Farah was not present.

A suit filed in Federal Court that is to be heard on Monday seeks to have Ms. Farah's clearance restored so she can return to her job. The 31-year-old has no criminal record herself.

He said the authorities had cast "too wide a net" in looking for wrongdoing at events like funerals.

"If you're going to scrutinize everybody who's been associated with anybody bad or who's ever done anything bad, then nobody will have a job," he said.

A Transport Canada spokeswoman said on Friday the agency cannot comment as the matter is before the courts.

A similar recent Federal Court case reinforced the federal government's broad powers to revoke airport security clearance, requiring only that authorities have reasonable grounds to believe a person might put aviation security at risk, and that they consider that person's explanations.

In a statement of claim filed in Federal Court in late December, Ms. Farah also took issue with the way Transport Canada gathered its information, which she called "unverified and unreliable."

She was never told the identities of the three individuals with records. Their personal information was protected by the Privacy Act, and the federal agency referred to them only as Subjects A, B and C in correspondence with her.

"They don't name any names," she told The Globe. "I wrote back and I said I would love to help you in this situation, but I don't know what you're talking about."

In her affidavit, she wrote that she repeatedly "insisted that I have no affiliation or dealings with any member of any criminal organization and that I do not have a criminal record."

The funeral that she mentioned, she said, was one that she believed her father had attended, using her car. It was two years before the Transport Canada letter, and her father could not recall who he had driven there. Police stopped him, but he had committed no offence and wasn't issued a ticket, she said.

Losing the job has been very difficult, as she had been helping put her sister through York University and to otherwise help her family, she said.

"I'm a hard-working citizen," she said. People are told that "if you work hard and you don't do anything wrong and you follow the rules you'll see success... but I just feel like all the doors have been closed on me."

In letters to Ms. Farah filed with the lawsuit, including a final one sent in November, 2014, an agency official told her the police observations had raised concerns about her "judgment, reliability and trustworthiness."

Brenda Hensler-Hobbs, the acting director-general of aviation security, wrote in the letter that she did not believe Ms. Farah's claim that she was unaware of the troubling personal connections, including one that Toronto police said was close in 2011.

"I also noted that in your written statement, you deny knowing the identity of Subject A, however, I ... believe you either knew or were willfully blind to Subject A's activities," she wrote.

"Subject A," in addition to having 11 convictions, was a member of the Dixon Crew, Transport Canada said, calling it a gang "primarily composed of Somali males" based in Toronto's west end.

A Federal Court decision in September upheld Transport Canada's decision to cancel the security clearance of a mechanical engineer at Mirabel Airport in Montreal after 11 years because CSIS and RCMP background checks showed he had links with the Hells Angels. The man said he had simply lent his car to a neighbour, who had used it while associating with the Hells Angels unbeknownst to him, but the federal government rejected that argument.

Editor's note: An earlier version of this story referred to a similar Supreme Court case. In fact it was a Federal Court case. 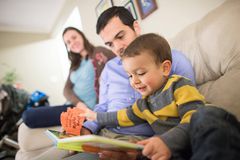 Facial-recognition cameras to watch for terrorists at border
January 8, 2016 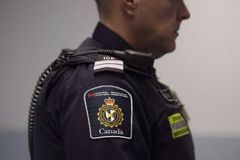 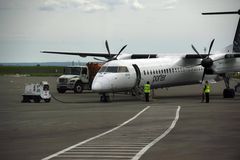