Toronto taxpayers are on the hook for as much as $10-million to renovate the Sony Centre, an audit shows, but the theatre's chief executive is continuing to insist it will not cost the city "a dime."

Dan Brambilla, head of the city-owned theatre, faced a grilling on Friday afternoon at a special meeting of the theatre's board to debate a damning report from the city's Auditor-General about the escalating price of renovations.

The cost, which ballooned from $28.5-million to more than $40-million, was to be paid by the sale of development rights for a 57-storey condo tower.

The audit found the millions generated by that deal are gone – in many cases without proper paperwork – and $4-million worth of work is still to be done.

A defiant Mr. Brambilla challenged those findings, saying the price for the remaining work is closer to $2-million, and much of it was never meant to be covered in the original cost – a fact the auditor and city finance staff disputed.

"It doesn't cost the taxpayer a dime," Mr. Brambilla told the board.

Mr. Brambilla said the board was briefed on the construction project, although there are no minutes or reports. As for the missing documents, many for single-source contracts, he said no one from the city ever told him to keep records.

"Quite frankly, we were astounded by that response," he said after the meeting. "That isn't a response. Everybody knows that you retain documentation."

Mr. Griffths stood by his findings that the city could have to pay $10-million, a combination of the work still to be done and a $6.6-million loan from the city.

Outside the meeting, Mr. Brambilla, an industry veteran and former Livent executive, refused to explain his numbers. "We didn't spend any taxpayers' money," he said, walking away from reporters. "It's rather confusing and you're getting it wrong."

Mr. Brambilla announced his retirement last fall, but remains at the theatre until June.

Also at issue on Friday was the workings of the board itself, composed of four city councillors and eight citizen appointees. The theatre is owned by the city and relies on a subsidy, but its agendas, reports and the time and place of meetings are not widely available.

The audit report also was not made public by the board.

Councillor Pam McConnell, who joined the board this month, asked that agendas and reports be posted on the theatre's website a week before meetings, as they are for all city committees. She also asked that the theatre post documents and agendas of past meetings.

A majority of board members voted to defer the matter to the board's next meeting, in June, at the urging of citizen member Caroline Abela, who worried that disclosure of information could benefit competitors.

"I think this is a board who has been captive for quite a long time, who has been out of the public eye," Ms. McConnell said after the meeting.

"If you don't know it's happening and you don't know what's on the agenda and there are no followup reports from a CEO ... it might as well be a private meeting."

Liam Lacey’s Cannes diary: It’s all high drama and ‘abundant profanity’ as the fest winds down
May 12, 2018 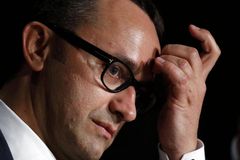 From stage to screen, The Normal Heart is profoundly disturbing, heartfelt
May 12, 2018 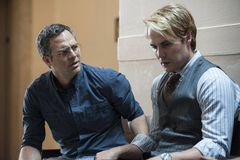