My daughter called me at work the other day with a question. It was a beautiful day out. Her swimming lesson was over. She was tired of waiting for me to pick her up. Could she go home on her own, riding her foldable scooter?

It is only a 10-minute trip, about eight city blocks. We live in a lively downtown neighbourhood with lots of people around. She is a sensible kid, about to turn 11 and starting to stretch her wings. Why not?

I have to admit that I hesitated. In the shadow of the Tori Stafford case, everyone is extra-sensitive about the safety of children. But the facts say that what happened to Tori as she walked home from her school in Woodstock is rare. The risk that a child will be abducted on the street by strangers is infinitesimally small.

The RCMP reports that in 2009, for example, there were 50 stranger abductions across the country, and "stranger" can include close friends and relatives. Abduction of children by parents was five times as common.

If a child is abducted or harmed, "usually it is someone in their family or someone they know," says Christy Dzikowicz, director of missing children services at the Canadian Centre for Child Protection. "The idea of stranger abduction – someone coming and snatching a child off the street – is thankfully extraordinarily, extraordinarily rare."

Though horrors like the Stafford killing traumatize communities and alarm parents, she says, "We have to stop ourselves from our knee-jerk reaction to overreact and lock up our children."

That's not easy in a world of Amber Alerts and non-stop coverage of sensational cases like Tori's. Danger, it seems, is in the air, and today's hovering parents swaddle their children in a suffocating gauze of concern.

According to the group Active & Safe Routes to School, the proportion of Canadian kids who walk to school has dropped by 50 per cent since 1985, to 1 in 3. One reason is exaggerated worry about their safety. Just take a look at the RCMP's Child Safety Tips. Tip number 10 says: "Never give an infant to anyone not well known to hold or watch for a moment. The same tip applies to the care and supervision of young children."

In his absorbing book, The Better Angels of Our Nature: Why Violence has Declined, he estimates that the risk of an American child being kidnapped and killed by a stranger is about 1 in a million. That is about a fortieth of the risk of dying in a car accident and a twentieth of the risk of drowning. Quoting another author, Warwick Cairns, he says that, following the laws of probability, if you actively wanted your child to be abducted and held by a stranger, you would have to leave the child outside unattended for 750,000 years.

Parents in big cities tend to be especially anxious about child abduction and other imagined perils. Living in a city, after all, means living cheek by jowl with strangers. But, as Jane Jacobs observed, the busy, watchful streets of a dense city are often safer than the blank spaces of a housing project or subdivision.

Naturally, parents and schools should equip children with a few pointers about how to be safe: know your parents' phone numbers, don't accept rides or gifts from strangers, call out if someone tries to grab you – tips that were repeated around my daughter's school recently after a suspicious-person incident.

My daughter knows about those rules and takes them seriously. She has talked about street safety with her teacher and her pals. Her motto, she says, is "Don't be scared, be prepared." So, in the end, I said yes when she asked to go home alone and she did, letting herself in with a key and feeling very grown up about it.

Part of growing up is learning to overcome fears and make decisions based on facts. We have a lot to learn from our children. 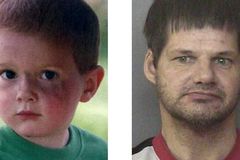 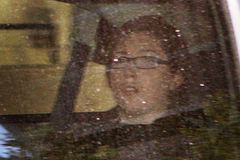 Protecting children from the monsters among us
March 15, 2012 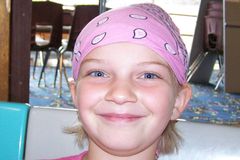