One of the first acts of Toronto's new transit commission will be to kill off a shell corporation the Ford administration established to chase its dream of a Sheppard subway extension.

TTC chair Karen Stintz wants to begin winding down Toronto Transit Infrastructure Ltd., a now-penniless TTC subsidiary, when a freshly appointed slate of pro-LRT commissioners meets at the end of this month.

"I think there's a question of whether it needs to exist any longer and whether we couldn't just wrap up that entity," Ms. Stintz said.

TTIL ran out of money last summer, leaving it unable to pay CEO Gordon Chong and the researcher he hired, along with three consultants provided by Metrolinx, the provincial transit authority for the Greater Toronto Area.

On top of that, The Globe and Mail has learned that TTIL used city money for a KPMG analysis of funding options for a Sheppard extension that cost $175,000 – more than all of the funds TTIL had in the bank.

"I believe that money was a misuse of taxpayers' dollars," said TTC commissioner Maria Augimeri, an opponent of Mayor Rob Ford.

Scrapping TTIL wouldn't end Mr. Ford's subway push. That decision rests with the province and city council, which is set to decide the Sheppard line's fate on March 21.

Still, the looming death of TTIL doesn't bode well for the Ford administration.

Toronto Transit Infrastructure Ltd. was created because the mayor's office didn't trust the TTC – which was already committed to David Miller's light-rail network – to pursue a private partnership for a Sheppard subway, Mr. Chong and Ms. Stintz say.

"We set up a working group with the TTC, but they were less than co-operative. I firmly believe, and it's been my experience with them, that the TTC has been unalterably opposed to partnering with the private sector," Mr. Chong said.

On March 8 of last year, Ms. Stintz, Mr. Chong, and councillors Peter Milczyn, Doug Ford and Norm Kelly were among a group that met in Mr. Kelly's office to revive a dormant subsidiary of the transit agency called Toronto Transit Consultants Ltd.

They renamed it Toronto Transit Infrastructure Ltd., and made Mr. Kelly, Councillor Ford and Mr. Chong a three-man board of directors. Mr. Chong, a retired city councillor and former GO Transit chairman, was appointed CEO.

The newly christened subsidiary had just over $161,000 in the bank, money left over from the old consulting arm. Legal fees to set up TTIL burned through $45,207, and it wasn't long before Mr. Chong's $8,000-a-month salary and fees for his researcher, Joanne Kennelly, swallowed the rest.

Mr. Chong has gone unpaid since July. "I didn't take this job on for the money," he said. "I believe in subways … the Sheppard subway was started and it should be finished."

To that end, he kept working for free, submitting an initial application to P3 Canada, the federal fund that supports public-private infrastructure partnerships and publishing an interim report in favour of a Sheppard subway extension.

Through Metrolinx, it retained three consultants at a cost of $44,500 to complete a business-case analysis for four subway options on Sheppard.

Metrolinx has paid the trio of consultants and billed the city.

Next, TTIL asked the city to pick up the tab for a KPMG report on funding options for Sheppard. That cost $175,000, a city spokeswoman confirmed on Tuesday.

Finally, TTIL had to turn to the mayor's office budget to cover Ms. Kennelly's research fees in September and October at a cost of $31,640, including HST.

Considering how long TTIL has been starved of funds, Mr. Chong isn't surprised Ms. Stintz, who led a coup to sweep Mr. Ford's allies off the board last week, wants to shut it down.

But he said it would be a shame if the TTC abandoned TTIL's campaign for public-private partnership and a subway on Sheppard. 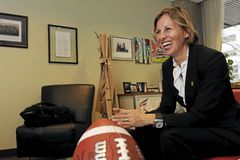