TTC chair Karen Stintz is backing away from her controversial tax-for-transit idea to the point that her critics are already pronouncing her OneCity transit vision dead.

Ms. Stintz favours paying for her ambitious 30-year, $30-billion OneCity expansion through a special property-tax increase. That idea – criticized by councillors of all political stripes and soundly rejected by Mayor Rob Ford – won't be up for discussion when councillors talk transit starting Wednesday, The multicolour transit map with 170 kilometres of proposed new lines that she and TTC vice-chair Glenn De Baeremaeker recently unveiled also is not on the agenda.

In its place, Ms. Stintz said she will ask for a staff report on future transit expansion tied in with the Official Plan and focused on the concept of a "transit network." Her proposed transit map will be boiled down to two lines earmarked as priorities – a light rail line along the city's eastern waterfront and expansion of the Bloor-Danforth line into Scarborough in place of the approved and provincially funded LRT. Council will be asked to pick up the extra $500-million in costs for the Scarborough subway extension, but the thorny issue of how to pay for it will be put off until the fall.

Ms. Stintz said there is no need to debate the tax hike as part of this week's transit discussion since city staff will report on all funding options later this year.

"The revenue tool is going to be discussed in October. There is nothing that we have to do now," explained Ms. Stintz on Monday, following a meeting with centrists on council aimed at firming up their support.

Councillor Peter Milczyn, a TTC commissioner who stood by Ms. Stintz during her battle to revive the city's light rail plan, opposes her latest efforts and says OneCity has met with a quick demise.

"That is dead in the water," said Mr. Milczyn, a member of Mr. Ford's executive who attended a meeting with the mayor's staff, Ms. Stintz and Mr. De Baeremaeker last week. "I was certainly clear with her. The mayor's staff was clear that the bulk of what they proposed was a no-go," he said.

Mr. Milczyn said the idea that the city should have a transit plan and should put some money into it is still alive. "Their particular version of media spin on it will be finished on Wednesday," he added.

Instead, he said the city's planning staff will turn their attention this fall to transit expansion, consulting with the public and reporting back some time next year.

Ontario Transportation Minister Bob Chiarelli has signalled he is reluctant to reopen the transit debate following cabinet approval of four new LRT lines for Toronto. "That train has already left the station," he told reporters recently when asked about th OneCity plan.

With the contentious issue of funding put aside until the fall, Ms. Stintz is betting she can get the support she needs for her motions.

Councillor Jaye Robinson, a key swing vote on the mayor's executive, said she couldn't support the OneCity proposal as written because it offered a property-tax increase as the only way to raise money.

"I wasn't ever at any point comfortable with the revenue tool that was being proposed," she said. "[The options] weren't diverse enough."

Ms. Robinson said she has been working behind the scenes on the compromise that now appears headed to council this week and is willing to support the study as long as it is not linked to the funding model at the heart of the OneCity pitch.

"I think that's a good way forward for a lot of people because [OneCity] came out of the blue," she said.

Councillor Ana Bailao, one of the group that sat down Monday with Ms. Stintz to discuss her proposal, also plans to support the request for a staff report. But she said she wants to consider all "tools in the toolbox," when it comes to raising new money for transit. "In reality we are not approving the lines," she said. "We are just saying here's a model. Let's have this discussion so that we can clearly have a vision so when we go to people to ask them for more money, they understand what they are paying for."

Five steps to making something as fantastical as OneCity actually fly
April 30, 2018 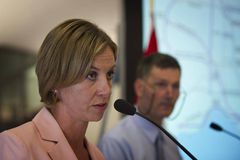 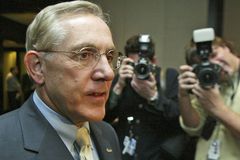 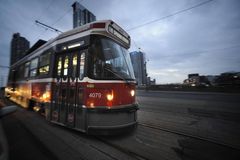 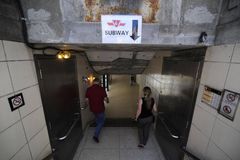 Round two of Toronto's $30-billion transit debate promises to be feisty
April 30, 2018 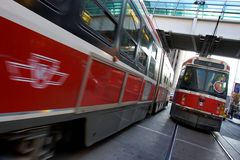