In the former science classrooms of a middle-aged high school in Toronto's west end, rows of canvases worth more than $1-million in scholarship money line yellowed laminate floors.

The offers are still trickling in.

"I see better work here in the school than I do in galleries," said the Etobicoke School of the Arts's principal, Rob MacKinnon, who is also an art collector.

As Canada's oldest free-standing arts-focused school, ESA has built a strong reputation. It's the school's performing arts department that most often basks in the limelight: Alumni members of Broken Social Scene, a soap star and members of the cast of Degrassi: The Next Generation.

The visual arts department is well-regarded within Canada, and students' work is currently on display at the Albright-Knox Gallery in Buffalo. But this year the head teacher, Matthew Varey, decided it was time for his students to court America's top art schools.

"It was breaking my heart to see these kids have their dreams come true, to get into these great American schools, only to have their parents say, 'Sorry, we can't afford to send you,' " Mr. Varey said.

Last fall, the school played host to a portfolio event for students to showcase their work, and Mr. Varey persuaded representatives from 22 schools, including Harvard University and Parsons Paris School of Art and Design, to attend.

He had concerns about what recruiters would think when they laid eyes on the squat, red-brick tribute to 1950s suburbia that ESA calls home, but those were soon set aside.

"The feedback was wonderful," he said. "We had one rep calling other reps telling them, 'You have to get down here!' Another said it was the best portfolio event they'd been to in their career."

Mr. Varey had secretly hoped his students would receive as much as $400,000 in offers, but that figure was soon shattered. The scholarships have been rolling in ever since, reaching heights that put most ivy-covered private schools to shame.

"I don't think that if I'd gone to another high school I'd be in this position," said Andrea Chartrand, 18, the daughter of social workers and recipient of a $64,000-a-year scholarship to the Pennsylvania Academy of Fine Art.

Admissions to ESA's visual arts department are competitive; there about 200 applicants for 50 spots each year. The school offers drama, musical theatre, dance, film and music majors too, and about 25 per cent of its students come from elementary schools outside the Toronto District School Board, most often private or Catholic ones.

ESA is consistently ranked as one of the best high schools in Ontario by the Fraser Institute, which will release its latest high school rankings on Sunday. Students say that the critical thinking and observational skills encouraged in their art classes apply in other parts of their lives as well.

"Before I came here, art was drawing an apple every once in a while," said Michelle Kosak, 15. "Now it's more personal."

Michelle's mother was diagnosed with breast cancer about two years ago, and at ESA she has found new ways to cope.

"My mom's okay now, but art let me think about it and it gave me a sense of understanding," she said.

Isabelle Jackson, 16, came to ESA from the Bishop Strachan School. Socially and academically, she feels like she just fits in better in her new school.

"We connect our art to the real world," she said. "I'm more engaged in school now than I ever was before."

Editor's note: An earlier version of this article incorrectly said singer/songwriter Fefe Dobson was an alumni of The Etobicoke School of the Arts. 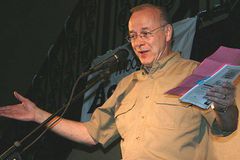 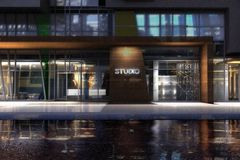