Toronto Mayor Rob Ford says he's been "vindicated" by the Supreme Court of Canada's decision not to hear an appeal in his conflict of interest case.

The country's highest court dismissed the application Thursday. As is customary, it did not provide any reasons for its decision. The ruling means the case that nearly ousted the leader of Canada's largest city from office is over.

Mr. Ford addressed reporters about two hours after the decision was announced and said the case had put a tremendous strain on his family both emotionally and financially.

"I respect the decision of the Supreme Court of Canada and respect the judicial process. I'm so happy this is finally over. I've been vindicated and we can move on," he told reporters at city hall.

Mr. Ford said the entire case was driven by the political agenda of a very small group that couldn't beat him at the polls and tried everything it could to stop him from moving forward with his agenda.

"They've created months of instability, turmoil and confusion at city hall. Over what? Ask yourself, over what? Raising money to help underprivileged kids to play football. I'm just glad that this is finally over," he said.

The mayor spoke for about 90 seconds and left the room as reporters shouted questions at him.

The case centred on a vote in February of last year by Mr. Ford to let himself off the hook for failing to repay $3,150 in improper donations to the Rob Ford Football Foundation, which provides football equipment for underprivileged high schools.

An earlier investigation by the city's integrity commissioner found the donations came from lobbyists and a corporation doing business with the city and recommended Mr. Ford be asked to repay the money himself. Council agreed, voting to impose the penalty in August, 2010, a few months before Mr. Ford swept to the city's top job.

In November, an Ontario Superior Court judge ordered the mayor removed from office, ruling Mr. Ford violated the Municipal Conflict of Interest Act by speaking to and voting on the issue.

The Ontario Divisional Court overturned that ruling in January. A three-judge panel ruled council did not have the authority to ask the mayor to pay back the funds.

Clayton Ruby, the lawyer who led the charge against Mr. Ford, filed his leave to appeal in mid-March, arguing that a lower-court ruling hinged on a technicality and the matter was of "national importance."

Mr. Ruby, who represented Paul Magder, the citizen who filed the conflict complaint against the mayor, said at the time he was compelled to seek leave to appeal because "holding politicians to account is a matter of importance to all Canadians."

He cautioned, however, that his chances were slim – he said the Supreme Court takes on about 70 applications each year, out of approximately 1,000.

Mr. Ruby could not immediately be reached for comment Thursday.

Deputy Mayor Doug Holyday, who would have taken over as the city's leader if Mr. Ford was ousted, called the Supreme Court's decision "great news."

"I'm glad that this is finally over. I think it's long overdue," he said.

Councillor Karen Stintz, who has long been rumoured to be seeking a mayoral run next year, said the matter has had its day in court.

"I think that we don't need to pursue this any longer. I think it's important that we get on with the business of the city and that's again another distraction," she said.

Councillor Adam Vaughan said after the decision there are lots of reasons to get rid of this mayor and the best way to do it is at the ballot box. 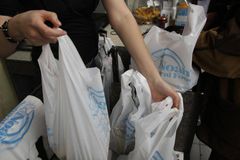