For Gord Hamilton, a Pickering contractor, it seemed like an ideal solution to a nagging problem. For years, he'd wanted to build a level spot on his sloping two-acre farm where his wife could park her school bus.

So in November, 2010, when a representative from Earthworx Industries, a Port Perry excavation company, offered to pay Mr. Hamilton $8,500 to dump and grade about 500 truckloads of fill on his land, he leapt at the opportunity.

Two of his neighbours had contracted with other excavation firms willing to pay $17 per truckload to accept thousands of cubic metres of soil on their properties. All they had to do was secure a permit from the City of Pickering.

Shortly after Earthworx finished, a passerby noticed a rank smell rising from the fill. After alerting municipal officials, Mr. Hamilton hired Geologic, a soil-testing firm, whose experts confirmed the worst. Test results showed the soil was contaminated with gasoline, up to seven times the provincial limit in some spots on the property, which has a spring from which Mr. Hamilton draws water.

"I was told it all came from [Toronto's]harbourfront, Pier 27," Mr. Hamilton said in November, picking his way over mounds littered with rusty pipes and shards of brick. "If I had known that, I would have stopped it." To date, he's owed $4,000 on soil testing and other fees.

Earthworx, the subject of other enforcement actions by Durham Region municipalities and the Ontario government, did not reply to an interview request.

How does hundreds of tonnes of filthy soil find its way from downtown Toronto to a back road property? In theory, Ontario has detailed rules to ensure that dirty material ends up in the right place. In practice, soil excavation in Greater Toronto has become a complex and unwieldy business, driven by massive transit and roads projects, unprecedented construction activity and greenbelt planning rules that encourage developers to build downtown or on former industrial properties.

"Toronto is one of the most active areas in construction in the world right now," said environmental risk expert David Harper, a managing partner the Kilmer Brownfield Equity Fund. "To build all this, we have to move a lot of material."

GFL Environmental, the firm that won Toronto's garbage outsourcing deal, is the excavator for Pier 27, a Fernbrook/Cityzen project, and has contracted with Earthworx on other fill projects in Clarington and Scugog. CEO Patrick Dovigi said in an interview that the soil leaving Pier 27 was carefully tested. "No one knows" where the contaminated material came from, he added.

Crews hauled away 30 truckloads in late December, but Mr. Hamilton still doesn't know who's going to compensate him for the damage or the cost of the soil testing.

"A lot of the clean infill [development]sites in the GTA are gone," said Gordon Onley, an engineering consultant with Fisher Environmental. "What's left are the dirty sites." As another veteran developer observed, "None of the soil I know about in the city is benign. It's all got history."

Industry insiders interviewed by The Globe and Mail warn that the huge volumes, combined with regulatory loopholes and intense competition in the building industry, have created a perfect storm. "The soil management issue is a huge can of worms," said environmental lawyer Janet Bobechko.

And there's no sign of a slow down. In coming years, much more will come from projects such as the Pan-Am Games facilities, the Pearson-Union Station rail link and the Eglinton-Crosstown tunnels, which will yield enough soil to fill the Rogers Centre.

It's also become a big-money industry. GFL in 2011 won $80-million in excavation contracts for the Pan-Am aquatics centre and a new TTC storage facility at Ashbridges Bay.

Every day, excavation companies dispatch thousands of dump trucks to haul mountains of fill away from construction sites. Much is destined for specialized landfills or contaminated-soil remediation facilities, such as Green Soils, in North York, or Direct Line, owned by GFL in Pickering. Developers and government agencies pay millions in tipping fees, which range from $50 to $400 per tonne, depending on the level of contamination.

Michael Jovanovic, general manager of the Newalta landfill in Stoney Creek, said the facility, which can accept 750,000 tonnes of dirty fill per year, sold out last fall – a first. "It's been a very busy year," he noted, adding that the 6.3 million-tonne site has eight to 10 years of capacity remaining.

Recognizing the potential for profits, other firms have moved in.

Across the 905, "commercial fill operators" are snapping up old gravel pits, some on the Oak Ridges Moraine. These firms charge haulers tipping fees to deposit massive quantities of excavated soil.

For others, filling gravel pits is a means to an end. Richard Rondeau, owner of Fourteen Estates, a Port Perry builder, bought a Pickering quarry in 1989 with an eye to using the filled-in land for luxury homes.

The project took 17 years to complete and Mr. Rondeau said he had to follow detailed procedures to ensure the fill was suitable. "Everyone wants to know it's clean fill, including me."

Mr. Rondeau didn't charge the soil haulers a tipping fee, but figured he saved $2-million that he would have otherwise spent to acquire clean fill. "To get it for free is a thing of beauty." 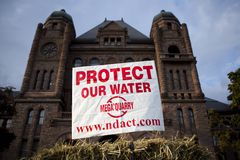 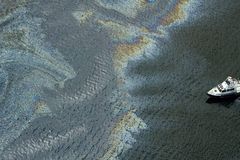 The tale of Toronto’s tainted soil
February 20, 2012
Follow us on Twitter @globetoronto Opens in a new window
Report an error Editorial code of conduct
Due to technical reasons, we have temporarily removed commenting from our articles. We hope to have this fixed soon. Thank you for your patience. If you are looking to give feedback on our new site, please send it along to feedback@globeandmail.com. If you want to write a letter to the editor, please forward to letters@globeandmail.com.
Comments