The tug-of-war over retirement plans for Toronto's three aging elephants is far from over, with councillors being asked to rethink their controversial decision to order the animals sent to a California sanctuary.

The Toronto Zoo board is asking Mayor Rob Ford's executive committee and council to consider a new report from zoo staff that outlines several roadblocks preventing the move. These hurdles include the zoo's top veterinarian saying he cannot back the plan because of active tuberculosis at the 80-acre facility run by the Performing Animals Welfare Society.

The latest move by the zoo board opens the door for a possible reversal of council's decision last year.

Graham Crawshaw, the zoo's senior veterinarian, outlined his concerns to zoo board members Tuesday, including evidence discovered earlier this year that the PAWS sanctuary has one elephant with active TB. That elephant is a female Asian elephant and would not be housed with Toronto's African elephants. Dr. Crawshaw said he is not satisfied PAWS has sufficient quarantine measures in place to protect the Toronto animals. "Based on what I know, I cannot recommend it," he said about the planned move.

Zoo CEO John Tracogna said the animal transfer also is being held up because of problems with shipping containers, aircraft and permits.

The future of Toronto's three elephants – Iringa, Toka and Thika – has been fraught with finger-pointing from all sides. There is agreement that the trio would be better off in a warmer climate, but where to send them is the subject of debate. Last October, council took the unusual step of becoming directly involved in the decision, ordering staff to send the trio to the sanctuary and overriding a previous zoo-board decision.

Councillor Mark Grimes recommended Tuesday that all councillors hear the concerns of staff, a move supported by all but two board members. He said he hopes council will nullify its past decision and let the zoo board make the final call.

"Council should have never made the decision. That's what turned this into a gong show and it never should have happened, " he said. "I think the decision on the future of the elephants should be made by this board."

Councillor Raymond Cho, who along with Councillor Glenn De Baeremaeker voted against sending the report back to the executive committee and council, characterized the staff's findings as a "witch hunt" designed to discredit the California facility.

Councillor Josh Colle, also a zoo-board member, said he fears the two sides have become so divided that the welfare of the elephants is no longer a priority. "No one is coming out of this looking good," he said. "It's beyond me why any transaction should take this long."

Councillor Michelle Berardinetti, who brought the issue to council last fall, said the staff update contains no new information. Zoo staff have known about the TB cases for several months and she argued there should be no concern because quarantine protocols are in place.

"It is pure politics," she said, noting that the report was timed to go to council one year after the original decision, which means a two-thirds vote will not be required to reopen debate.

Julie Woodyer, an animal-rights activist who is representing PAWS in Canada, also said zoo officials are using the TB case as a delay. "It's a bogey man. They are throwing it out as a scare tactic," she said.

She said PAWS has never hidden the fact it has Asian elephants that have been exposed to TB and it is taking appropriate measures.

Mr. Tracogna said his staff are still committed to following council's wishes, but did not rule out a change of direction.

"I think everything is on the table now," he said. 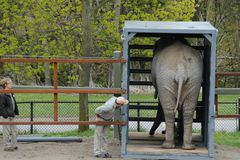 Zoo's elephants will have to wait longer to retire
May 3, 2012 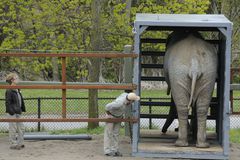 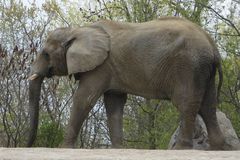 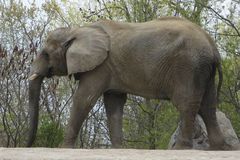