The Toronto Community Housing Corporation has renewed its appeal to the federal government for an $864-million boost to fund its capital repair backlog.

The pitch is part of a $2.6-billion, 10-year capital financing plan that Toronto city council unanimously passed in November. The proposal relies on matching $864-million contributions from all three levels of government, but so far, only the city has committed to doing so.

"The tsunami of costs is starting to hit us where it doesn't make sense to repair a building unless you get in right now and fix it," said Greg Spearn in an interview. He has been CEO of the housing organization since April.

TCHC has struggled to adequately fund its capital repairs since it was transferred from provincial to municipal control more than a decade ago. The agency faces a particularly urgent situation as the average age of its 2,200 buildings is 55 years, and many require expensive structural repairs to extend their life cycles and remain habitable. If TCHC does not manage to do so, residents will have to be removed from their homes and buildings will be demolished.

"What we'll face, starting in 2016, is that more and more units will not be habitable, and we'll have to move people out with no replacement [residence]," Mr. Spearn said, a prospect that Toronto city manager Joe Pennachetti referred to in a speech at the University of Toronto in May.

The renewed pitch for funding came in a letter submitted to the finance committee in Ottawa last week as part of an effort to build political will in advance of the 2015 federal budget consultation process.

The reliance on other levels of government was criticized by Toronto mayoral candidate David Soknacki on Monday as he unveiled his housing policy. Mr. Soknacki agreed the federal and provincial governments should fund the TCHC, but he argued the city's short-term plan should not be to wait for them. "There isn't going to be a bailout, and we can't wait, even if one were likely," he wrote in a 14-page policy proposal.

Mr. Soknacki's proposed policies included mandating that very high density projects set aside 10 per cent of units for affordable housing, and suggesting that 20 per cent of density bonuses that developers pay should be set aside for the TCHC repair backlog.

The standing committee on finance had received 400 submissions as of its Aug. 6 deadline, and will release its recommendations about budget allocations in late November or early December.

Liberal MP Adam Vaughan argued that TCHC's need for capital funding highlights the need for a national housing strategy: "This is one very specific need for Toronto – it would be welcome for other cities – but it's the least the federal government should be doing, and there's obviously more they ought to be doing."

Mr. Spearn could not say how many of TCHC's 164,000 residents might be displaced in 2016 if there's a lack of capital funding, but the agency is undergoing a citywide needs assessment that will provide the figures in November.

Record amounts of money have been allocated by the city to help the backlog. The agency is spending $128-million on capital repairs in 2014, more than twice what it spent in 2013. An additional $175-million from the city is earmarked for 2015, but secured funding will begin to run out in 2016 and TCHC says it needs other levels of government to fill the void. 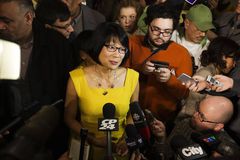 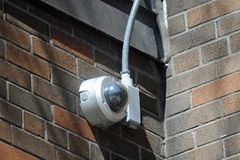 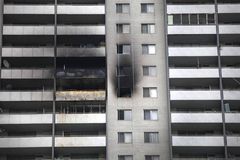