The air was dank and the stench of urine filled the hallways. When Kathy Halliday opened the door to a locker in the basement of her townhouse building, water was gushing from the pipe.

Ms. Halliday is one of the residents at 250 Davenport Rd., a suite of apartments operated by the Toronto Community Housing Corporation and Greenwin Property Management in the Annex neighbourhood. She is frustrated with what she calls inadequate service and the lack of security in her building. And despite repeated calls for repairs, she said her pleas are falling on deaf ears.

She has retained the Downtown Legal Services clinic to represent her and three other clients in their dispute against Greenwin and TCHC, and if necessary, take the case before the tenant housing board. (Incidentally, Greenwin and TCHC are also embroiled in an ongoing class-action lawsuit after a fire at 200 Wellesley St. E. in 2010.)

The TCHC says its hands are tied. "We have a $650-million capital repair bill and we only have the funds for the most critical emergency repairs," TCHC spokesman Jeffrey Ferrier said last month. "Is it fair? Of course not. We want to provide satisfactory housing. … Kathy Halliday and the other residents at 250 Davenport are becoming the face of the challenges we are dealing with."

Greenwin has provided property management services to TCHC and its predecessor companies since the 1970s. Joe Tastassa, director of community housing for Greenwin, said the company can only do what it is contracted to do by TCHC. "We have limited resources," he said, adding that he would look into the resident concerns.

"Our budget is limited to operations and regular maintenance and we really do care about our residents," he said.

Mayor Rob Ford deferred a plan last month designed to address TCHC's massive repair backlog – the selling of 740 social-housing properties. He directed the board to formulate a detailed strategy for how it would use the $222-million expected from the sale and where it would place the more than 2,000 displaced tenants. On Friday, the mayor gave signs of further backing away from the plan in favour of selling off fewer properties, saying he intended to postpone the debate to next Friday.

"The proposed sale of 675 standalone units is the best option we have," Bud Purves, chairman of TCHC's board of directors, said in a statement.

A contingent of Torontonians opposed to the selloff have come forward including councillors Adam Vaughan and Ana Bailao, previous city mayors and social-housing advocates.

TCHC inherited a $300-million capital repair backlog when the Ontario government downloaded the responsibility for social housing on the city, but didn't provide the money needed to bring the buildings up to a good state of repair, said Michael Shapcott, director of affordable housing and social innovation at the Wellesley Institute.

He called the selloff proposal "an act of desperation for a group that has done almost all the savings it can do" in a time of austerity and municipal budget cuts.

"But the economics of their proposal don't make sense," Mr. Shapcott said. "Any savings that TCHC will make from this sale will immediately go toward finding homes for the displaced residents. They won't get a heck a lot of money out of this in the end."

Mr. Vaughan, the councillor for the ward that encompasses 250 Davenport Rd., said he sympathizes with the frustration Kathy Halliday and others face.

"TCHC is paralyzed in this political struggle," Mr. Vaughan said. "The city says it can't do anything without the province, and Ottawa needs to step in [but]the province and Ottawa aren't going there."

Opponents of the selloff say a task force to investigate alternatives should be formed and TCHC should be broken into more manageable chunks. (It is North America's second-largest housing agency with more than 164,000 tenants.)

For her part, Ms. Halliday said she doesn't want to be just a "face" of the crisis in the city's social housing. Other tenants have also come forward, complaining about mould, the lack of heating and water damage.

But what gets Ms. Halliday really upset is receiving notices from the property managers in her dead brother's name.

"I told Greenwin, I told everybody and showed them my brother's death certificate when it happened," Ms. Halliday said. "He died in 2007, but look, I still get notices in his name," she said, pointing to a wad of correspondence.

Mr. Ferrier said that wasn't acceptable and he planned to fix it as soon as possible. Other problems, such as TCHC's hefty capital repair bill are tougher.

Mr. Ford will introduce a motion at the executive committee Monday to postpone debating the TCHC item to next Friday. Even if the selloff plan eventually passes city council, it would require provincial consent to go ahead. 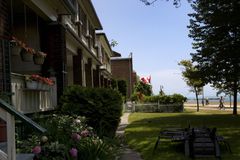 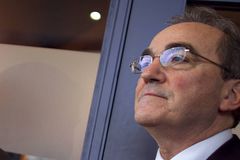 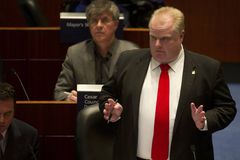