The former chair of the Toronto District School Board awarded a pay increase to its top-ranking staffer, ignoring an edict from Ontario's Education Minister to freeze the salary of the education director.

Former TDSB chair Chris Bolton unilaterally negotiated the compensation package for education director Donna Quan, who is in a standoff with several trustees over her refusal to release her employment contract and answer questions on controversial payments and partnerships.

The TDSB has confirmed that Ms. Quan is paid $289,000 a year – $17,000 more than her predecessor, Chris Spence. The pay hike for Ms. Quan contravenes the province's wage-freeze legislation for public sector workers who do not bargain collectively, according to a letter from Education Minister Liz Sandals to Mr. Bolton.

"The compensation of your new permanent Director is limited to the amount earned by the predecessor, in this case Mr. Chris Spence," says the letter dated Jan. 10, 2014, a copy of which was obtained by The Globe and Mail.

A spokeswoman for Ms. Sandals said the minister and Mr. Bolton have had no formal communication since the January letter, and she is not aware of the details of the contract.

Mr. Bolton did not respond to an e-mail on Thursday. Ms. Quan has also refused to answer questions from The Globe.

TDSB spokesman Ryan Bird said Ms. Quan's compensation was approved at a private board meeting attended by 18 of 22 trustees.

However, several school board sources said trustees were not part of the decision to pay Ms. Quan more than what her predecessor earned. Trustee Pamela Gough said it is "very troubling" that Mr. Bolton ignored Ms. Sandals' letter.

"He should not have awarded the pay increase, given the fact he had direct orders from the minister not to," she said in an interview.

Tensions between Ms. Quan and several trustees came to a head this month when Mari Rutka, chair of the TDSB, wrote a letter to Ms. Sandals asking the government to intervene with Ms. Quan. Ms. Sandals plans to meet on Nov. 26 with Ms. Rutka, who was not re-elected last month and presides over her final meeting as TDSB chair the same day.

Ms. Gough and trustee Irene Atkinson have also joined the call for government intervention. Ms. Atkinson said in a letter to Ms. Sandals that Ms. Quan should be required to report to a supervisor appointed by the Ministry of Education. The trustees want answers from Ms. Quan on several issues revealed by The Globe, including a $200,000 payment she authorized to a catering company that supplied no supporting documentation for the services it said it provided.

The trustees also want Ms. Quan's employment contract so they can review her performance. During her 40 years as a trustee, Ms. Atkinson said, she routinely had a copy of the director's contract in her office at the TDSB, but has never seen a copy of Ms. Quan's contract.

The director's contract is one of the most important documents for trustees and should be immediately available, the sources said. The entire administration of a school board with an annual budget of $3-billion flows through the director, who is the sole employee of the board of trustees. The sources said trustees are concerned about the lack of information flow between Ms. Quan and the chair of the TDSB.

Ms. Quan was officially appointed to the top job in October, 2013. At a private meeting that month to discuss her contract, one trustee who asked not to be named said, there was a desire on Mr. Bolton's part to "try and get Donna the highest possible salary we could give her."

Trustees looked at how much previous TDSB education directors were paid, including Gerry Connelly, who earned $289,000 in 2009, the sources said. Trustees were unsure whether the province's wage freeze legislation applied to the director, so it was decided Mr. Bolton should consult the Education Minister.

However, several trustees said Mr. Bolton did not share the letter he received from the minister with them.

"None of the trustees signed off on [the contract], and we don't know what it looks like," trustee Stephnie Payne said. 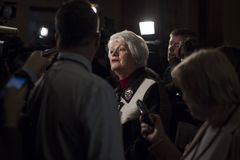 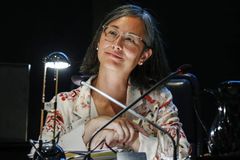 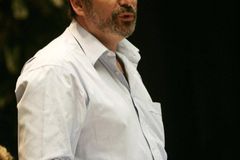 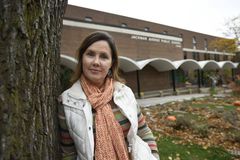