After voting to cut about 50 special-education jobs in the next school year, the Toronto District School Board promises no special-needs students will leave the program before they are ready. However, some will still be asked to make a difficult choice: switch schools or switch into the regular program.

It is an especially tough sacrifice to ask of students with special needs, for whom social transitions can be daunting, say those who work with them.

James Rhee, a teacher at Westwood Middle School, saw that scenario play out this year. After a class was cut at Westwood for students with learning disabilities, none of the students and their parents took the board up on its offer to continue the program elsewhere at another school in Toronto.

"The pro is certainly in terms of stability, right?" said Mr. Rhee, who teaches a special education class for students with behavioural problems.

"If they don't feel like they are connected and belong, and feel safe, then learning is going to be in some ways jeopardized," he said.

"The con, of course, is that they don't have the kind of support academically and otherwise that they had before."

The class at Westwood had just three students before it was cut, the kind of expensive teacher-student ratio the board is trying to eliminate by merging classes. One of the students moved out of the district and two joined regular classes with extra help, although the change was not entirely smooth, said Mr. Rhee.

The students spent more than half their school time in a small group with a teacher and an assistant, but they made friends outside the program, which can be important for kids with special needs, he said.

"It takes them a long time to trust and understand expectations and boundaries and develop friendships," Mr. Rhee said.

Trustees voted on Wednesday to cut about 260 jobs to help fight a projected deficit of $16.5-million.

Most of the cuts were in line with declining overall enrolment numbers or declining demand in programs such as English as a second language. Special-education staff cuts were the result of reduced funding from the province to that program specifically.

The ministry says it decided to cut the TDSB's special education grant after a recalculation of enrolment across the province. Executive superintendent Uton Robinson, who heads special-education programs, says enrolment is complicated in those programs, with some numbers growing, such as students with autism, and others shrinking, including students with learning disabilities.

The board has 40,000 students in special education. Just 35, all in elementary school, are already slated to move into regular classes next school year, Mr. Robinson said. They were identified as ready and their parents consented, which is a prerequisite for that kind of change, he said.

The other job cuts will be achieved largely by merging small classes so that all are closer to the average of about seven or eight students per special-ed class. The board will try to keep programs consistent within geographic areas, and parents will learn of the changes later this spring, Mr. Robinson said.

Philosophies about special education are constantly changing, and the TDSB and the province both aim now to include high-needs students in regular classes, Mr. Robinson said. He expects about 2 to 3 per cent of special-education students will move to regular classes each year.

"I think for me anyway, it is indeed a mindset," he said. "It's almost like saying once you're identified as having a special need, this is not necessarily the label that you need to have throughout your life."

Laurie Gale, who taught special education for 14 years, says including the students in regular classes is "a great idea," but that it can be hard on everyone if not done right. She said she has seen elementary students became so frustrated and violent that teachers had to evacuate the whole class, and other cases where teachers were overloaded.

Trained staff can help the students avert those problems, but setting up a successful inclusive class can be more expensive than having separate classes, Ms. Gale said.

TDSB to vote on cuts to special-education programs
March 10, 2015 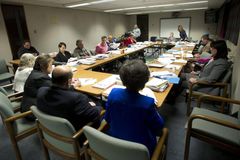 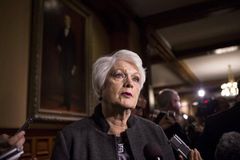 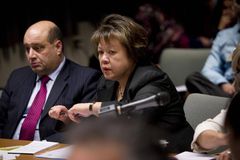 How do you decide which schools to close? The answer is complicated
February 13, 2015 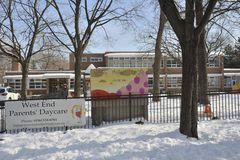