Closing a school is hard, even if it is half empty. Parents can be awfully attached to their local school. They can make a big noise when it is threatened. Local school trustees and community groups usually join the clamour.

Witness what happened this week. The Toronto District School Board reported that 130 of its schools are operating at 65 per cent capacity or less, making them possible candidates for closing. The pushback was instant and fierce.

Trustees lined up to chide the education ministry for pressing them to close underused schools and to argue why many should stay open. Didn't Queen's Park realize some of them were bustling with daycare kids and adult learners? Wouldn't it be irresponsible to close schools when the city is growing so fast and falling enrolment is bouncing back in some neighbourhoods?

Some schools are indeed busier than they look in the board's numbers. Some are seeing rising enrolment as young couples with kids move into old neighbourhoods. But the problem is real and acute all the same.

It costs the city school system many millions. Each underused school has to be heated, lit and maintained. Each needs a principal and caretaking staff.

"Instead of selling schools with low enrolment to fund future capital projects, the Board continues to operate them at huge expense," consultant Margaret Wilson writes in her recent, scathing report on the mess at the TDSB. "They create a drain on the rest of the system."

That is no trifling thing for a board with a $3-billion repair-and-renewal backlog. Ms. Wilson notes that the roof-repair bill alone stands at $200-million.

Students suffer, too. A high school with low numbers may not be able to offer the range of regular and extracurricular programs bigger schools have.

Take a look at Kensington Community School, downtown on College Street near Kensington Market. Open since 1972, it has a capacity for 447, but just 113 enrolled students, a utilization rate of 25 per cent. That's down from 32 per cent a decade ago.

The local trustee, Ausma Malik, argues that, with a daycare and an adult English-as-a-second-language program on site, "It's a lively school. There's a lot happening there." Yet the board projects that if it is still open in 2034, its utilization rate will still be only 26 per cent.

The facts argue strongly for consolidating schools. That means closing the underused ones, grouping students in fewer schools and using the saved money to beef up programs and spruce up facilities.

The politics make that awfully hard to do. It is a rare trustee who will face the wrath of parent groups by agreeing that a school should close. Some, in fact, owe their election to the fact that they opposed closing a local school. Once elected, trustees tend to scratch each other's backs. You support me when I fight a closing in my ward and I'll help you when you fight one in yours.

John Campbell, the city councillor and former school board chair, says trustees face pressure not only from parents but from unions, which fear job losses. That is one reason the board has made so little progress with consolidating schools despite years of pressure.

To stave off the threat of closing, many schools get "creative" (as Ms. Wilson's report puts it) about coming up with programs to justify their existence. Let's bring in French immersion! Then let them try to shut us down. That, Ms. Wilson says, is only shifting the deck chairs.

Queen's Park is hardly innocent in all of this. It demands action, but neatly avoids taking any of the heat, leaving the school boards to decide which schools to shut. But it is wrong to suggest the pressure to close schools is just some kind of plot against the TDSB by a government that thinks only about cutting costs.

Underused schools make for an inefficient school system. That's not good for anyone, least of all students. 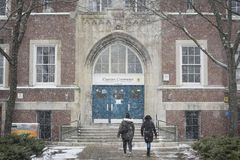 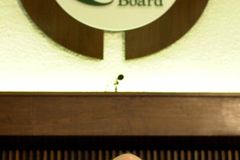