Earlier this month, John Livey, the City of Toronto's second-most powerful bureaucrat, quietly took off for a week of scuba diving as a way to, well, decompress during a season marked by a string of political hot potatoes, including the Gardiner demolition and the looming island airport expansion vote.

But by his own admission, the steely 64-year-old deputy city manager enjoys being submerged in the city's thorniest planning issues, many of which involve waterfront development.

In February, Mr. Livey released a forthright staff report recommending the demolition of the east end of the Gardiner, a position held by Waterfront Toronto.

There's no doubt something needs to be done: concrete has been falling onto Lake Shore Boulevard since 2012, and repairs will be costly and disruptive.

Yet, in his recommendations, Mr. Livey urged council to take the very long view, citing analysis showing that replacing the crumbling highway with an eight-lane boulevard will free up large tracts of developable land, as well as $400-million to $500-million (in 2013 dollars) over the next century. "All those dollars are opportunities for us to grow the city."

While a council committee deferred the decision until the municipal election is settled, it's clear that bureaucrats such as Mr. Livey now feel more emboldened about providing frank advice to politicians fearful of constituent and media backlash. "We ought to have done this earlier," he states bluntly, adding that he's worried about the Gardiner's structural integrity. "At some point, we have to make a decision."

That kind of forthrightness is a big switch. When Mr. Livey joined the city in 2011, Mayor Rob Ford and his brother Doug, were pushing a radical reset of waterfront development, promoting malls and ferris wheels instead of a naturalized Don River mouth and housing. Senior officials, fearful of reprisals, censored themselves or proffered advice catering to the Fords' agenda. Indeed, Mr. Livey, who had spent more than a decade as Markham's city manager, was assigned to keep a close watch over Waterfront Toronto, an agency the Fords loved to denigrate.

Three years later, Mr. Livey is seen by some as an eventual successor to city manager Joe Pennachetti, although he insists it is "far too speculative" to comment. Still, with a portfolio that includes transportation, waste management, water infrastructure and economic development, he has been intimately involved with some of this term's toughest files, including the Scarborough subway negotiations. He reorganized and expanded the planning group, and also hired the outspoken Jennifer Keesmaat to be chief planner.

His most ambitious goal, however, is to find the $900-million needed to reroute the mouth of the Don, a crucial precondition to development in the Port Lands. Mr. Livey has been lining up funding sources, such as development charges and land sale revenue. He figures he's identified about half the money, and hopes to present council with a plan to apply for federal/provincial infrastructure dollars to cover the balance. When? "It could be as early as later in the spring or the fall."

In some ways, Mr. Livey is a throwback to the powerful Metro Toronto commissioners of the 1960s and 1970s. With his military bearing and a flat, appraising stare, Mr. Livey is known to be a demanding manager who can be tough on subordinates. He is more interested in the economic underpinning of planning policy than the fine points of architecture and design. "I rail against the pretty pictures," he concedes, referring to the Photo-shopped illustrations that accompany planning documents.

Local planners now know to cut to the chase when they deal with Mr. Livey. "He asks very hard questions," says urban design consultant Joe Berridge. "He puts you through [your paces] in the way that few civic officials do."

Some councillors praise Mr. Livey for promoting unpopular solutions, such as the Gardiner demolition. "He understands where the city needs to get to, and how to steer the politics and the procedures," says Etobicoke Councillor Peter Milczyn, who chairs the planning and transportation committee.

But Denzil Minnan-Wong, who chairs the works committee and opposed the staff call to demolish the Gardiner, was exasperated with Mr. Livey's conclusions, describing the city's recommendations as biased. And he wasn't pleased with the evaluation process that led to Mr. Livey's conclusions. "Environmental assessments can be easily manipulated," he says.

That kind of sniping was less common in Markham municipal circles, which garner relatively little media attention. Mr. Livey, who also served as York Region's planning commissioner, concedes the move to the fishbowl downtown was a shock. "It was a tough time when I came in – all-night [budget] meetings, the core services review," he says. "You had to live it to really know what it was like."

During his stint in Markham, Mr. Livey involved himself in talks to merge several York Region transit agencies into one entity, Viva, as well as an effort to combine several small municipal hydro companies. Around Markham, he was seen as a politically shrewd bureaucrat and a tough negotiator – a reputation that has accompanied him to Nathan Phillips Square.

As one Markham official says: "He didn't get distracted by shiny objects."

Editors' note: An earlier online version of this story, and the version that appeared in print Saturday, incorrectly stated that Mr. Livey cited analysis that replacing the highway will free up $400-billion to $500-billion. In fact, it is $400-million to $500-million. This version has been corrected. 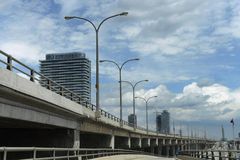 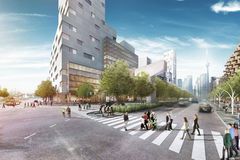 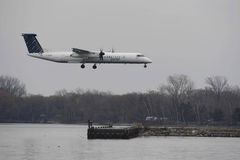