From Line Six to Thorncliffe Park, meet the achievers of 2014: 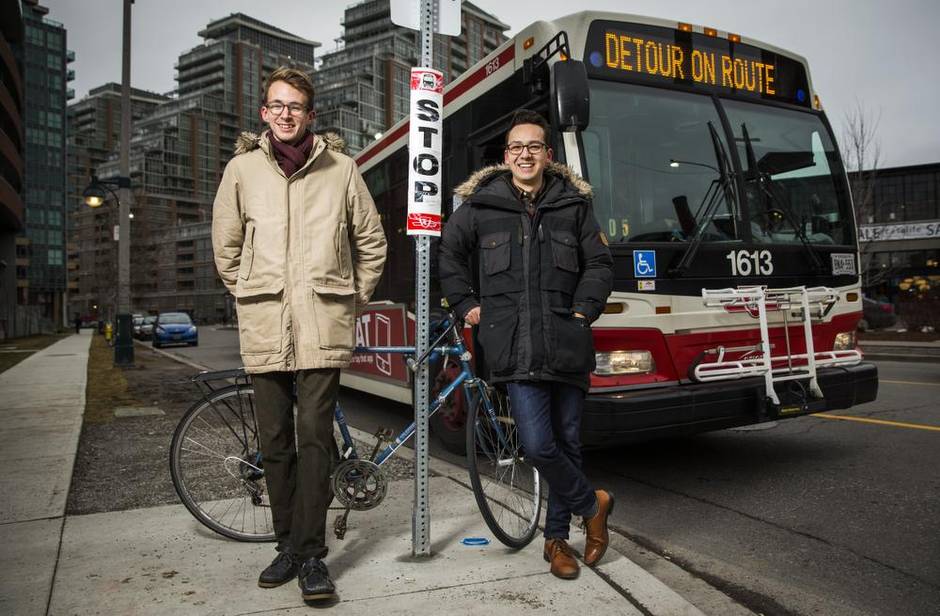 They started with a private shuttle bus serving a transit-starved area of the city, but Brett Chang and Taylor Scollon are thinking much bigger.

“We want to make it accessible to everyone to run their own transportation route,” Mr. Chang said. “You know, a mother who has a van to be able to run a bus route from her community to the GO station.”

The two were behind Line Six, the private bus which ran briefly between Liberty Village and downtown. That was a pilot project to test for demand and the shuttle is expected to start up again next month, with other routes potentially on the horizon.

But their broader goal promises to have a more far-reaching impact.

To help make it happen, they’re working on an app that would allow booking, payment and vehicle-tracking. They also want to be able to offer information to operators about traffic flow and demand patterns, helping increase efficiency. And they think this sort of service can be done within the current regulatory restrictions.

“The future of transit is not going to be people only using one system. It’s going to take a variety of systems to get people from point A to point B,” Mr. Scollon said. 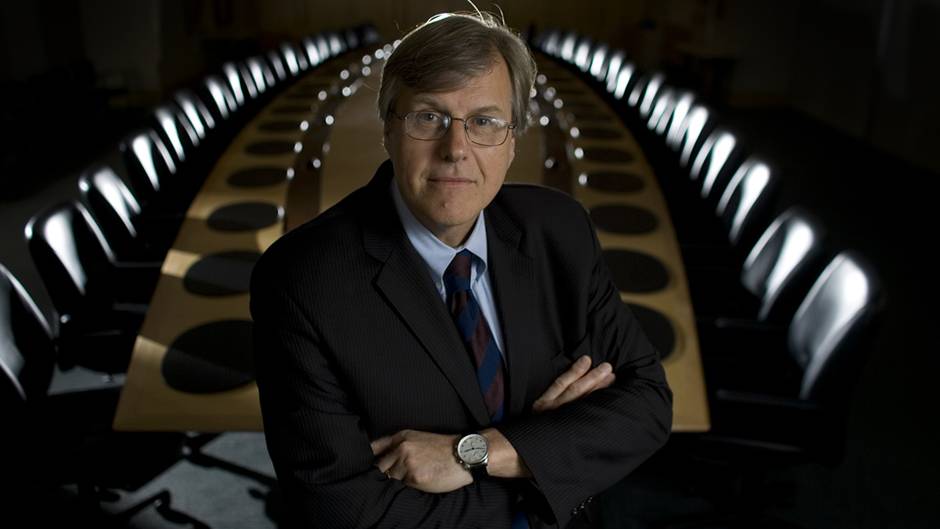 When it comes to getting things done, health-care bureaucrats do not have the most stellar reputations. Robert Bell is out to change that. The former cancer surgeon helped transform the Princess Margaret Cancer Centre into the world-renowned institution it is today, before serving for nine years as the president of Toronto’s University Health Network. This spring, Dr. Bell took a fat pay cut to move up the street to Queen’s Park, where he became one of the first deputy ministers of health to reach that perch without climbing the internal ladder.

Dr. Bell is an outsider to the $50-billion ministry, but possesses an insider’s knowledge of how the health-care system works – and doesn’t. His goal is to help Ontario deliver better care without spending more money, a tall order if there ever was one.

“Nobody can argue with better quality care at the same or a cost-effective rate,” he told The Globe in May. “That’s something that any political party wants to achieve. And I think there’s a huge amount of enthusiasm for doing that.”

Dr. Bell has already made an impact by demonstrating that government is a desirable place for a renowned hospital chief executive to direct his energy and efforts. Now that a majority government is back in charge at Queen’s Park, Dr. Bell should have the latitude to make those efforts pay off. 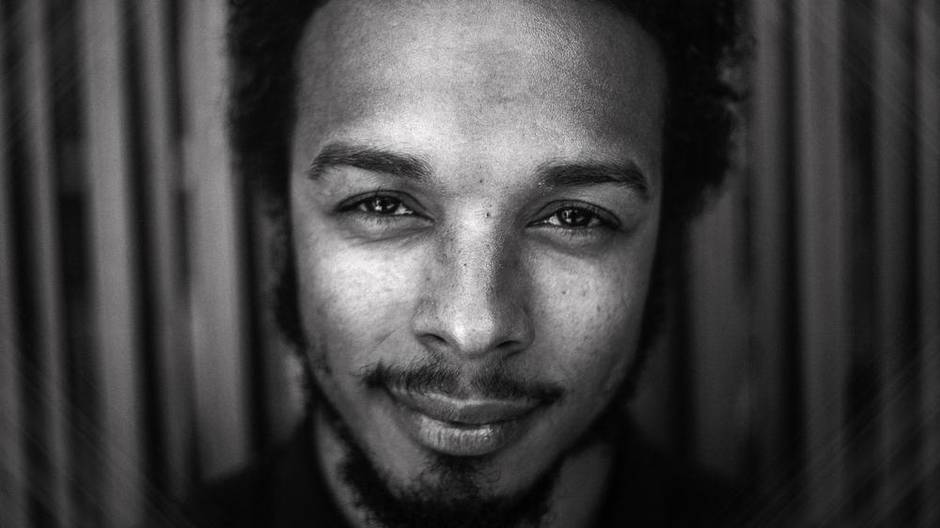 Jalani Morgan, photographer, We Are Lawrence

Photographer Jalani Morgan, who grew up in Scarborough, got to know the stretch between Pharmacy Avenue and Kennedy Road in a whole new way this year. Mr. Morgan joined photographer Che Kothari in a city program mentoring a group of emerging photographers who transformed the busy roadway into an outdoor gallery, filling bus shelters, a billboard and a storefront with images that tell the story of the individuals who work, live and play there – part of a broader initiative to create “cultural hot spots” in Toronto suburbs.

“It’s not just the core that makes Toronto Toronto. If we are going to be a world-class city, we need to treat it as the sum of all parts,“ Mr. Morgan says.

Mr. Kothari says the portraits of local residents and business owners – displayed along the street in November and for longer on the We Are Lawrence Avenue website – is a way to show the thousands who travel the route what it has to offer. “We’ve got the world in one strip there,” he says. 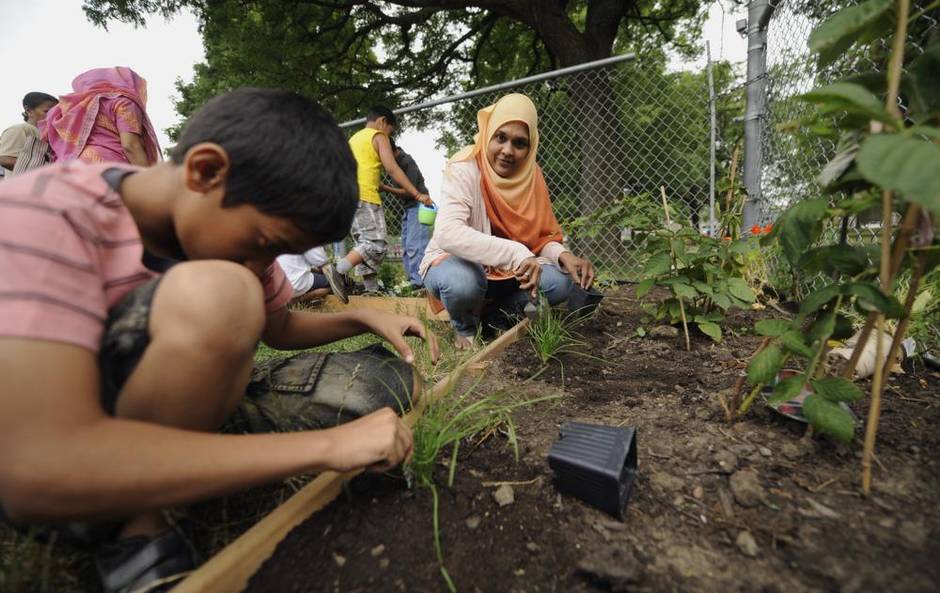 When the late urban thinker Jane Jacobs imagined the power of an individual to transform communities, she had in mind someone exactly like Sabina Ali.

So it’s only fitting that Ms. Ali was awarded this year’s Jane Jacobs Prize, an honour given out by Spacing magazine each year to individuals who enrich life in Toronto in ways that exemplify Ms. Jacobs’ ideas.

R.V. Burgess Park was more urban blight than public space when the mother of four from India arrived in Thorncliffe Park in 2008. There were only two swings for kids to play on, and trash everywhere. The splash pad was broken. The lights weren’t working.

And yet she felt it could be a great public space for Thorncliffe’s teeming population of more than 30,000 people.

Ms. Ali rallied like-minded fellow residents and formed the Thorncliffe Park Women’s Committee. The group has transformed the once desolate park into a thriving neighbourhood hub: Friday night markets, a refurbished splash pad, arts and gardening programs for kids and much more.

Last year, North America’s first public tandoor oven made its debut in the park, something the committee had first proposed to the city in 2011.

“It’s unique, and we thought it would be really good to invite people from all over Toronto to come and learn what tandoor is,” says Ms. Ali, director of the TPWC.

“If I can make a small amount of positive change in anybody’s life or bring a smile on their face, I think that’s a big achievement for us.” 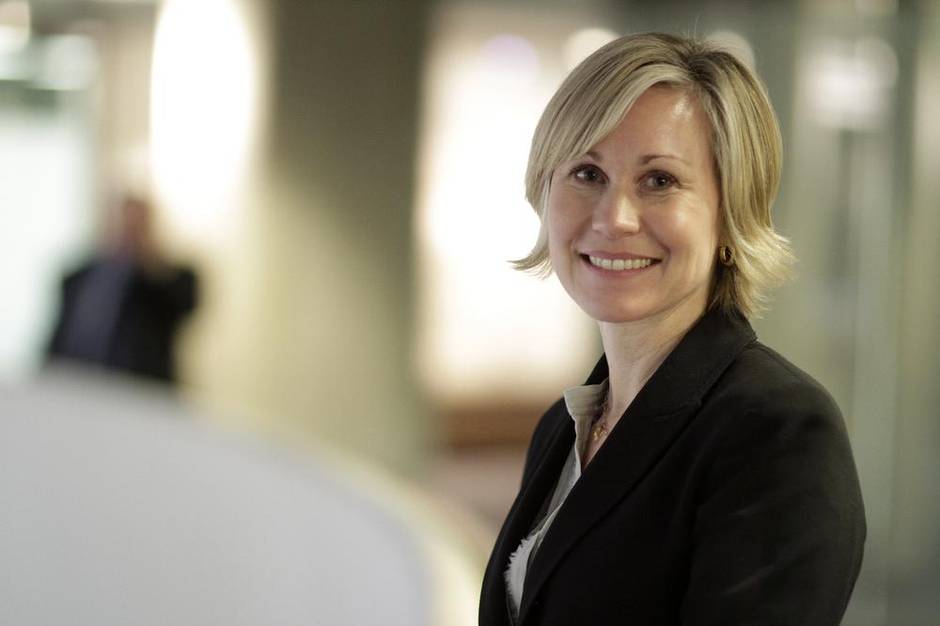 Quick – try and name three Toronto city planners. Very likely you’ll come up with just one: Jennifer Keesmaat, who is vastly more visible than any of her predecessors in the 16-year history of the megacity. As chief planner, she has been an engaging public presence on issues such as encouraging walkable urbanism; she helped to run an ideas competition for young designers that should inspire change, and her office has pushed for mid-rise buildings and walkable, cycle-friendly streets.

This sort of leadership is crucial as the city goes through profound and rapid changes. But Ms. Keesmaat also isn’t afraid of an argument. This year, she made sure the city planning department will play a major role in shaping the proposed Scarborough subway extension. On large, controversial planning files such as the Mirvish Gehry development, she has spoken publicly and forcefully, to the point that some city councillors apparently wish she would be a bit more deferential.

She shouldn’t. Toronto’s planning regime is swamped by growth, and the politics of development are too often stuck in the 1970s model of make-it-shorter. We need more varied forms of buildings in the city and new ways to negotiate the old conflicts. And on that score, Ms. Keesmaat is trying to encourage a new process of planning entire neighbourhoods, with community input, all at the same time. If that sounds like what city planners are supposed to do, you’re right; and if Ms. Keesmaat actually makes it happen, it’ll be a huge accomplishment. Don’t bet against her. 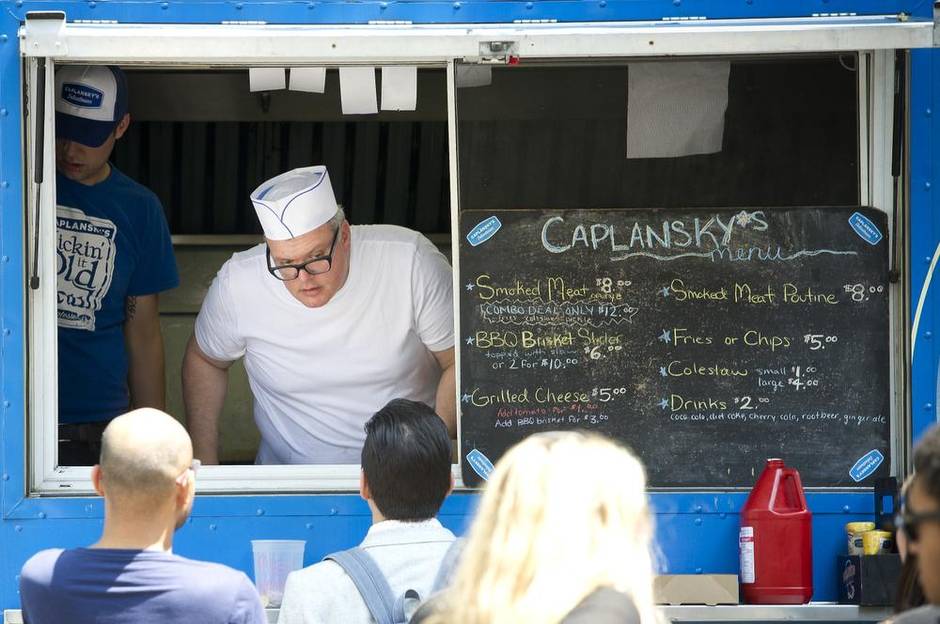 Zane Caplansky. Photo: Fernando Morales for The Globe and Mail

Zane Caplansky was selling his signature smoked meat sandwiches at a Broken Social Scene concert in 2010, when a food truck selling poutine pulled up beside him. Seeing the truck simply plug in, then start selling – when he himself was backed up working from a flimsy table – gave him the idea to start a food truck.

The city’s extremely restrictive street food rules, however, made his idea nearly impossible.

So Mr. Caplansky organized the Food Truck Alliance, bringing together about 30 operators to counter the restaurant lobbyists at City Hall. After four years, they succeeded in getting the city to loosen its bylaws, paving the way for dozens of food trucks across Toronto.

“A lot of food trucks wanted to go and charge City Hall,” said the son of former federal cabinet minister Elinor Caplan, who worked as an assistant to premier David Peterson in the 1980s. “The advantage I had was that I understood that change is made within.” 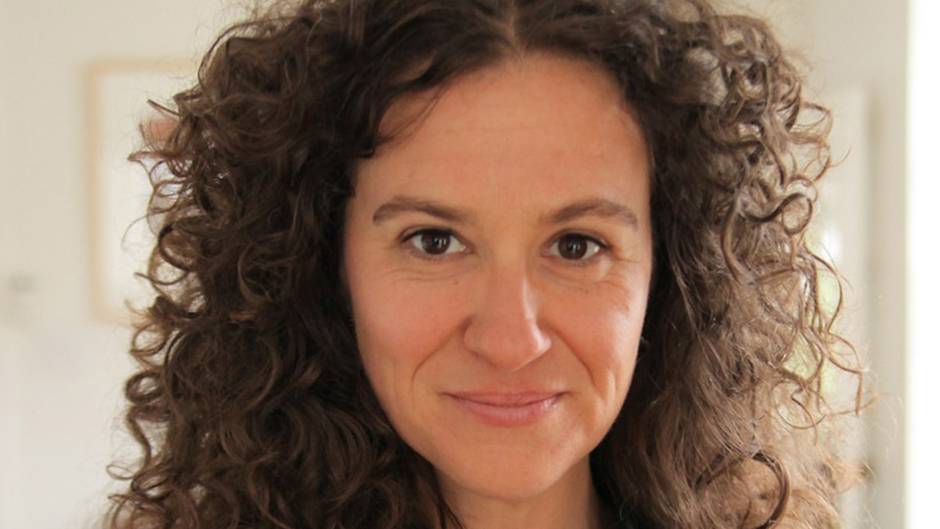 Nicola Spunt, founder of After School

“It’s never made sense to me that learning should stop after the formative high-school and university experience,” says Nicola Spunt, a recent English PhD graduate and self-described “reformed academic.” Ms. Spunt is founder and moderator of After School, a salon-style speaker series dedicated to cultural citizenship and big-idea conversations.

In 2014, topics covered included the question of the need for a city creative director, an exploration into art and feminism in the 21st century and a discussion (with former mayor David Miller) on the role of urban leadership in the fight against climate change.

The ongoing series was in part motivated by her realization that the prospects for a university teaching position were slim. Undeterred, Ms. Spunt, who this year also helped put together the inspired In Bloom performance show and exhibition (involving the guest-artist mentoring of students at Lawrence Park Collegiate and the Etobicoke School of the Arts), has developed a platform for the discussion of social concerns and their impact, in an age in which issues surface hotly and move relentlessly.

“We can’t change the world in a 90-minute event,” she explains, “but we can make more concerted efforts to slow down and be more present, and that includes taking the time to engage in important cultural topics.” 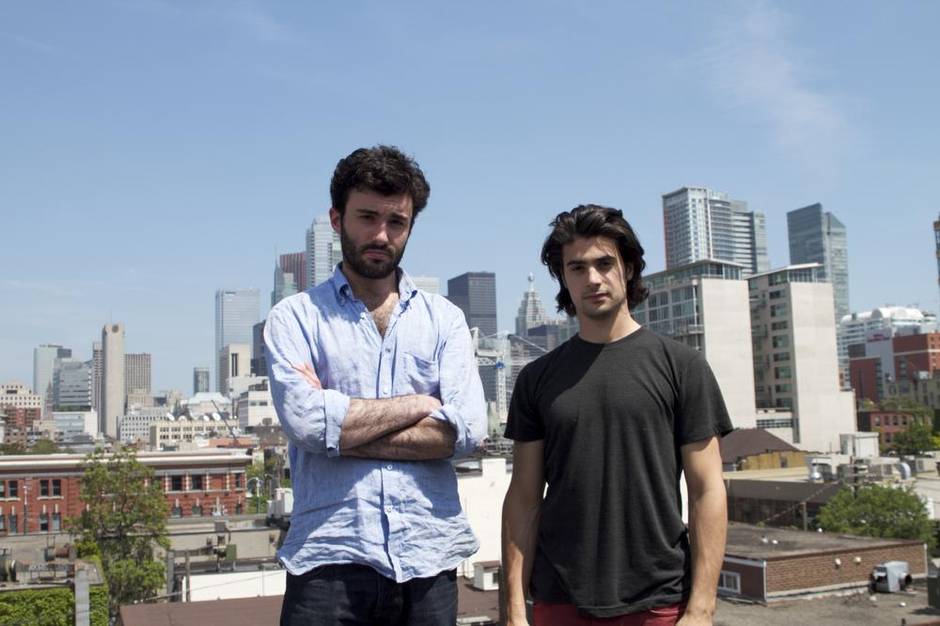 In 2014, the Cameron House bar and music venue was its usual vibrant roots-music self, while the associated label Cameron House Records flourished, with its three core acts all building on promise. Business partners Cosmo Ferraro (son of building-owner Ann Marie Ferraro) and Mike McKeown represent the second-generation renaissance of the four-storey Queen West artistic institution.

Mr. McKeown, 27, manages a record label built around the Devin Cuddy Band (led by the piano-playing son of Blue Rodeo’s Jim Cuddy), Sam Cash & the Romantic Dogs (led by the songwriting scion of former Queen West musician and current MP Andrew Cash) and country singer Whitney Rose, who is poised to break through with her forthcoming album Heartbreaker of the Year. “That could be the one that brings an international audience to the label and to the Cameron House,” Mr. McKeown says.

Don’t expect the place to transform, though; the venue is still a gathering place for musicians and fans who expect high-calibre live music and the occasional star-studded jam. (2014 saw pop-ins from Feist and Bahamas’s Afie Jurvanen.) “People don’t like change, so we have to ease them into it,” says Mr. Ferraro, also 27, who mentions small renovations and a new sound system for 2015. “We’ve got a winning formula, and we’re going to stick with it.”

The evidence was piling up in the media, but Susan Fennell was swatting it away. In late 2013 and early 2014, multiple reports suggested the then-mayor was misspending taxpayers’ money on expensive flight upgrades and hotel stays. She denied all accusations and carried on as chief magistrate without penalty for the better part of the year.

Brampton’s integrity commissioner, Robert Swayze, was tasked with investigating Ms. Fennell and council’s spending and in September, he released a scathing report in which he said the mayor was guilty of violating the city’s code of conduct by “knowingly overspending” on business travel. Third-party auditors Deloitte Canada had delivered a similar report a month earlier, but both were initially sidelined by council after Ms. Fennell threatened to sue Mr. Swayze, Deloitte and others.

Finally, in November, council revisited Mr. Swayze’s report and docked Ms. Fennell 90 days’ pay for her breach and ordered her to repay the city more than $144,000 for the limo service she retained. In some ways, this, even more than Ms. Fennell’s defeat in October’s municipal election, signalled the start of a new era in Brampton.

“Brampton needs to turn the page,” Mr. Swayze said. “The new council needs to come together and act like other councils in the [province] and deal with their issues and avoid what happened over the last four years.”