How many plastic shopping bags do we use each year? Each icon represents 10 million.

The ubiquitous symbol of disposable culture is under attack.

Toronto, following the example of cities such as Seattle and Los Angeles and countries such as Ireland and Germany, was at the forefront of a bag tax that has rippled to retailers across the country. Councillors decreed each bag should carry a five-cent fee, then voted this week to ban bags outright effective Jan. 1, 2013.

Is it the beginning of the end of our addiction, and what will be the consequences for businesses and workers?

One thing seems certain: The battle of the bag is far from over.

Across Canada, many are eager to pitch the plastic

When Annie Narine moved to Fort McMurray, the gateway to the oil sands, almost a year ago, she was surprised to see so many blue-collar men walking around with "man purses." They were, in fact, reusable shopping bags, a must in the Northern Alberta city, which banned disposable plastic and paper bags at checkouts in 2010.

"I think it's super for the environment," said Ms. Narine, general manager of the Peter Pond Mall. "Initially, of course, change is always challenging," she added. "But it seems to me it has taken off quite nicely."

Fort McMurray's surprising decision to ban bags captured widespread attention, but not like the council vote in Toronto. With Canada's largest city moving to eliminate disposable plastic bags from checkouts at grocery stores and retail shops by Jan. 1, the debate over the ubiquitous carryalls is sure to heat up in other Canadian municipalities.

Plastic Free Saskatoon, a group that unsuccessfully petitioned its city council to prohibit plastic bags earlier this year, praised Toronto's ban on its Facebook page: "It is great to see a larger Canadian city taking steps towards greater environmental sustainability." In Vancouver, Mayor Gregor Robertson has been intent on banning plastic bags in his city, but has said his ability to act depends on agreement with the provincial government.

"I would like to see it happen this year," he told CTV News recently. "We're looking at pushing harder on the province to give us this power."

B.C. Premier Christy Clark said on Thursday her government is talking to the city about the issue, but noted it would be complicated to ban bags.

Mayor Dennis Leney, the mayor of Sioux Lookout, a town of about 5,300 people in Northern Ontario, thinks it would be downright ridiculous.

Sioux Lookout briefly had a bylaw prohibiting single-use plastic bags, but it was repealed last year. Mr. Leney said the vast majority of the newly elected council didn't support the restriction. Neither did the community, he added, and he doesn't expect Toronto's ban to trigger a renewed effort to eliminate plastic bags in his small community.

"I don't know whether you're a fisherperson or not, but can you imagine going into the bait shop and ordering 2,000 minnows and putting them into a box?" Mr. Leney noted. "They got to be in a bag with oxygen."

Back in Fort McMurray, though, Grade 3 teacher Kitty Cochrane expects Toronto's prohibition to prompt many other municipalities to reconsider their stand on plastic. During her city's contentious debate on its ban, she often dressed up as the "Bag Monster," donning a suit she created out of 500 plastic bags – the amount a typical consumer uses in a year.

The longtime Fort McMurray resident said many locals and business owners grumbled about the city's ban at first, but sentiments and habits are changing.

"It's spreading. It's becoming a normal conversation to think about less plastic," she said. "When you add up all the plastic bags used [globally], it's a horrific garbage problem."

- Renata D'Alieso, with a report from Ian Bailey

Council may backtrack on bid to ban plastic bags

The day after city council voted to make Toronto the first major city in Canada to ban plastic bags, some right-wing councillors are attempting to backtrack on the prohibition.

Eliminating the five-cent levy on plastic bags was the issue for Mayor Rob Ford. And while he was successful on that front, council than abolished all single-use plastic bags at retail checkout counters.

According to a 2005 staff report, 457.6 million plastic retail shopping bags are used in Toronto every year. That amounts to 2,745.6 tonnes a year, or about 6,900 cubic meters of landfill capacity annually. Will a ban actually reduce the amount of landfill?

South Australia says its plastic-bag ban has managed to do just that. While it doesn't have a measure for plastic bags, it has seen a noticeable change in the volume of litter. Before the ban was implemented in 2009, the Australian state averaged 11.08 litres of litter per square metre in 2006-2007. The most recent survey, in 2010-2011, showed that it is down to 5.36 litres per square metre compared to the national average of 6.49.

New Delhi's three-year attempt failed, according to the Times of India, because it was challenging to enforce the ban with smaller roadside shops. Plastic bags remained cheaper than the cloth and paper alternatives and vendors seemed unwilling to accept change.

Seattle, however, does have the city's retailers on its side as its ban comes into effect on July 1, said Councillor Mike O'Brien, who is championing the cause.

"I don't think retailers like waste in their system … and they were essentially giving away bags for free," he said. "And putting a fee in one place meant customers might go elsewhere, so a city-wide ban just seemed better."

Along with the plastic-bag ban, Seattle will also get a five-cent fee on paper bags, because "you don't want folks to switch from one single-use bag to another non-reusable option."

The city estimates 292 million single-use plastic bags are in circulation every year, costing it $2.5-million in waste-management expenses.

Toronto's precipitous move to eliminate plastic bags from the city's stores has angered many retailers, although not all business owners think it's a bad idea.

Those who don't like it were quick to label the move as hasty, damaging and unnecessary.

Replacing plastic bags with paper will sharply increase costs for retailers at a time when grocery store margins are increasingly squeezed, he said. "Our costs have already gone through the roof [and we have] competition from Costco and everybody else. If they force us to get rid of a bag that we pay two cents for and replace it with a 20-cent bag. ... Do you know how many bags we go through in a week?"

On top of that, paper bags just don't perform as well, he said. "Paper bags – if you get something damp in it, it goes right through."

Alex Ling, owner of Ling's Importers, a specialty store in the west end of the city, said he buys his plastic bags in bulk, and has a huge supply, so the Jan. 1 date for the ban is far too soon.

"What do I do with the ones I have stockpiled?" he said. "It's just a waste of money."

Shifting to paper bags is not an environmentally friendly solution, he insists, especially now that plastic bags can be recycled. And raising an issue that is on the minds of many dog owners who use plastic bags to pick up after their pets, he asked: "For people out walking their dogs, what do they do?"

Still, cutting out plastic shopping bags is not entirely unpopular, nor without precedent among Canadian retailers.

Loblaw Cos. Ltd., the country's largest grocer, has already eliminated plastic bags at eight of its discount grocery stores in six provinces across Canada. The first to do so, in Milton, Ont., took the plunge way back in 2007.

Customers bring their own bags, or they can buy reusable ones made of recycled plastic bottles or get a refundable plastic box, said Loblaw spokeswoman Julija Hunter.

Mountain Equipment Co-op, an environmentally conscious retailer with 15 stores across Canada, eliminated single-use plastic shopping bags in 2010. Esther Speck, MEC's director of sustainability, said the move took some customers by surprise, but the key to getting them onside was to have an affordable reusable bag available for sale. She said it would be valuable to have Toronto and other cities join in, partly because it would "create a level playing field" for MEC.

At the Sweet Potato, an independent natural food store in Toronto's Junction neighbourhood, owner Digs Dorfman says he's behind the bag ban, although he thinks the deadline is too soon and acknowledges it will take some time for customers to adjust.

The move is "a great idea," he said. "It is what we should be doing, and … it was inevitable. There's nothing more to it than offering a variety of reusable bags."

People will adapt, Mr. Dorfman said. "It is just something that customers have to get used to." It is not likely to hurt business, he said, because even if a shopper arrives without enough bags, they'll have options. "They'll either be forced to buy another reusable bag, carry some things by hand, or come back another time. Ultimately, it doesn't change things that much." 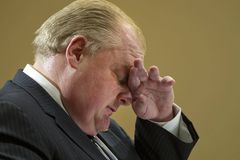 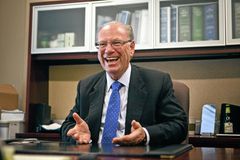