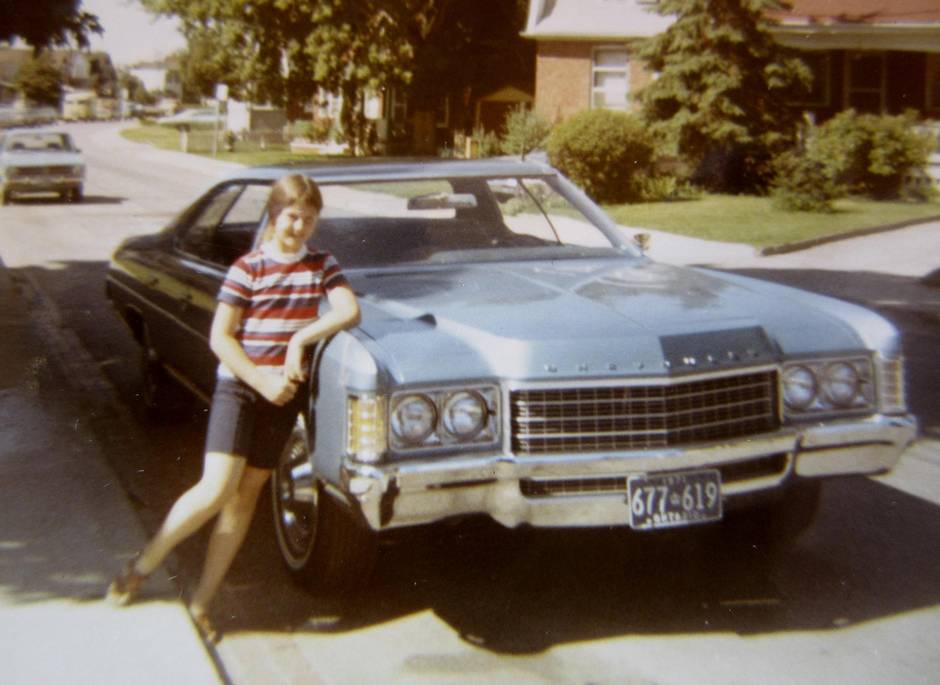 Elizabeth Church with her father’s car.

My father was an east end boy who married a west end girl. After a few years spent in a flat off Kingston Road, my mom’s yearning for the familiar led them back across the city, setting the stage for five decades of crosstown commuting.

These days it’s fashionable to see Toronto’s crumbling Gardiner Expressway as a failed experiment – an unfortunate remnant of a car-centric time before we knew better. For me, the Gardiner has always been more than a highway. It’s a window on an ever-changing city and a constant fixture in all stages of my life, a route to family pot lucks and play dates with cousins in unfamiliar parks. It’s the tie that binds my extended family together.

The Sundays of my childhood were punctuated by trips across the city on the Gardiner. In the days before car seats, I’d take my place in the passenger seat of my dad’s sedan to fetch my grandparents from their east end semi, a measure taken to get me out from underfoot while my mom made dinner.

Together, my dad and I would survey the city from on high: the rising bank towers bathed in afternoon sun, the ships in the harbour, the island ferry, the bobbing sailboats. Like the Jetsons, we were travelling in the sky, even if there was concrete holding us up. It was the perfect vantage point to chart the progress of the downtown building boom spread out for us to witness. My dad and I watched the city come of age on those trips and, along the way, I grew up, as well. 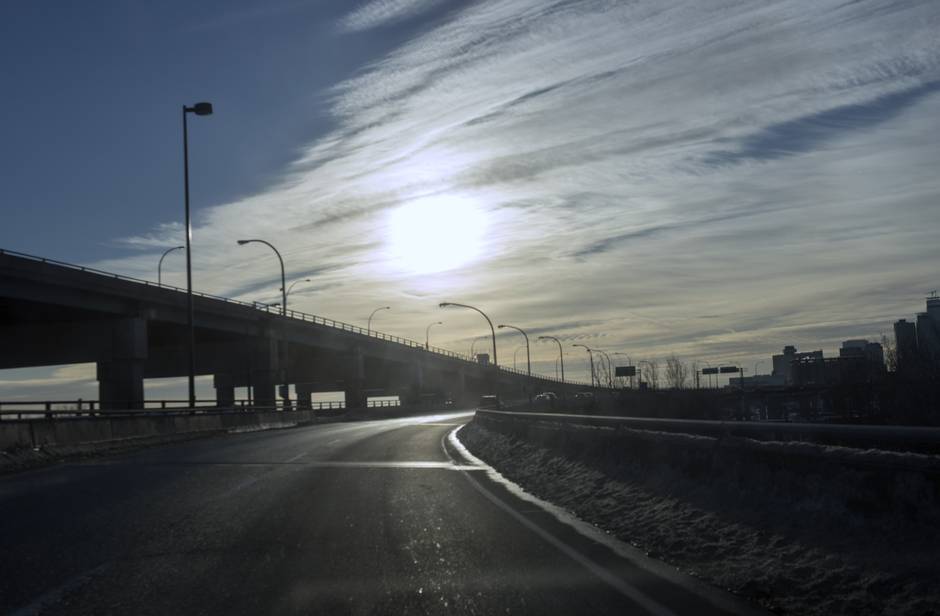 This month, city council is set to decide how the future of the eastern Gardiner – and Toronto’s waterfront – will look. This is a series examining the city's most contentious highway. Find more stories, videos and photos, past and present, all series long here or at tgam.ca/thegardiner.

>>Alex Bozikovic on why the Gardiner must come down.

>>Marcus Gee on the optimistic early history of the Gardiner and its namesake: Frederick “Big Daddy” Gardiner

>>Elizabeth Church on how the Gardiner was the artery that connected her family.

>>Oliver Moore looks abroad to see how others have handled life with an elevated expressway.

>>Globe Debate: Dear Toronto: Tackling the Gardiner would be world-class

>>Before and after: An interactive look at the Gardiner's past and present

>>Photos: See the visual history of the Gardiner through The Globe and Mail archives, beginning with its construction.

>>Video: The Gardiner in motion.

I learned other lessons on the rare occasions when I was allowed to tag along on the return trip after dinner. An interloper now rather than a companion, I was relegated to the back seat beside my grandmother, my grandfather in the front. The easy chatter of the daytime trip was replaced by the quiet of this adult world, made stranger as we emerged from the curving South Kingsway on-ramp and my grandfather put on his sunglasses, as was his habit. The glare of the bright lights hurt his eyes, he used to say.

Then somewhere as we passed the darkened parks of Sunnyside, or the bright lights of the Ex, my grandfather would break the silence, drawing attention to some point of interest like a train heading west out of Union Station or a new model of car. With my grandma and I suitably distracted, he’d take a swig from the tiny Bayer Aspirin bottle he kept in his breast pocket that my dad had obligingly filled with rye. It was years before I realized what was going on and understood that the clandestine nightcap was a well-known family “secret” – an eccentricity the adults humoured and my grandmother chose to overlook. 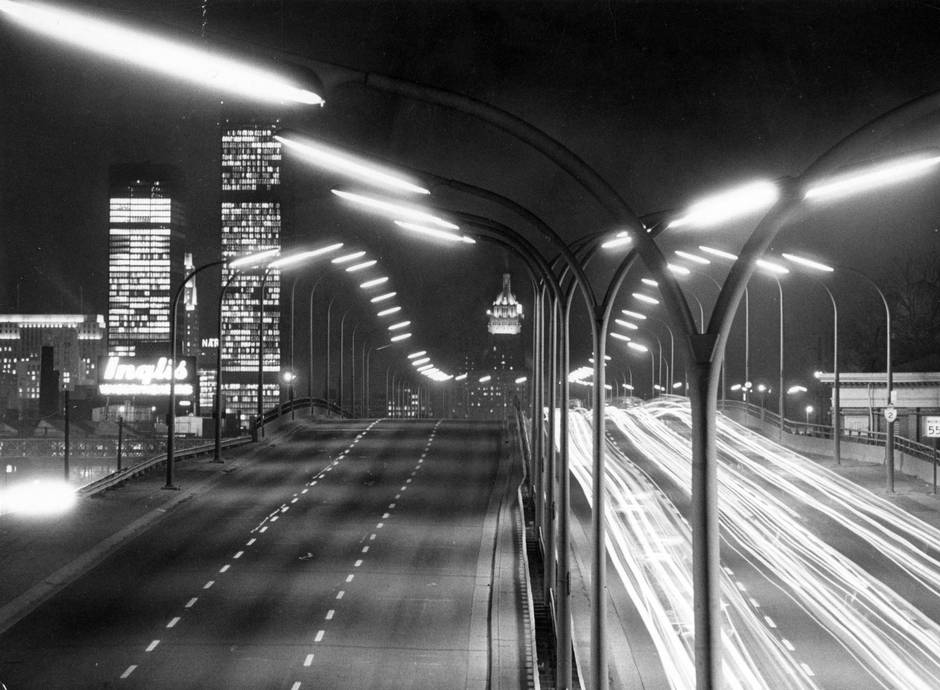 Years later, after time spent out of town for work and school, I came back to Toronto and continued the family’s pattern, buying a house in the east end, not far from where my grandparents used to live. Now it was my turn to strap the baby in the car seat and rush westward with other young couples in compact cars along the strangely empty highway on Christmas Eve, or try to cajole a fussy child while we inched forward in evening traffic. The trek across the city was a pilgrimage we gladly made for meals and a chance to pass a child to outstretched arms. But we soon learned to time our trips wisely and to pass on any invitation offered on a weekend when the Gardiner was shut down.

On a hot Monday in June, I called my parents to tell them to get across the city. I was in labour with our second child and the plan was for them to come and mind our daughter. For what seemed like forever we waited, then frantically called neighbours in search of someone to take their place. Hours later, after my son was born, my mother’s first words were not ones of congratulations. “You need to move to the west end,” she said. Rush hour traffic and a Blue Jays game had turned the Gardiner into a parking lot.

After my mom’s death, my dad quickly settled into his old familiar rhythm of crosstown travel. He’d faithfully make the drive at least twice a week for dinners and to watch house league hockey. When a child got sick, he’d jump into the car so we could go to the office, bringing along a can of ginger ale in his pocket to cheer up his sickly charge. 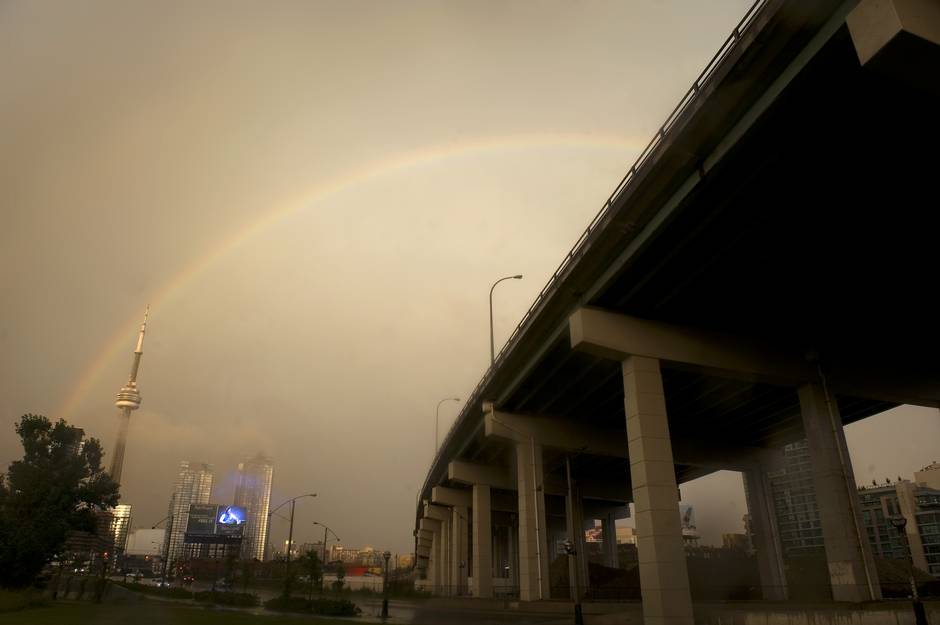 Since we sold my childhood home, I don’t have much reason to go to the west end any more. That’s a shame. Like so many people who live in Toronto, I find it easier to stick to my side of town. Besides, it’s hard to see the sailboats with all the condo towers.

The Gardiner is often characterized as a barrier, but for me it’s also a bridge. It’s a link between east and west, a path to possibilities and a reminder of a time when the ambitions of the city seemed boundless.