The death of one of Trinity Bellwoods Park's white squirrels – found presumably electrocuted, hanging by its teeth from a hydro wire, its limbs rigid – has made instant celebrities of the albino rodents that have made this west-end park their home for decades.

Naturally, the white squirrel has its own satirical Twitter account, @WhiteSquirrelTO. And it has been the talk of the neighbourhood: A TV crew was recently spotted wandering around, looking for relatives of the deceased. So was a Globe reporter.

Even though few people seem to know much about them, these white squirrels have become the unofficial mascot of the gentrifying neighbourhood around Trinity Bellwoods. There is a White Squirrel Way west of the park, where the animals used to congregate. Some people are said to feed them. They are regularly spotted in nearby backyards. But these pale, bushy-tailed creatures are a piece of local lore that long predates the condos and cafés that now surround Trinity Bellwoods, which has transformed in recent years from a refuge for the homeless into a hipster hangout.

Maria Kasstan, 64, says she has lived nearby for 40 years. And for as long as she can remember, kids have been squealing about seeing a rare white squirrel. But, back then, the working-class families that lived in the neighbourhood weren't posting their whimsical observations on blogs or tweeting photos.

"I think people just took it for granted. This was a really downscale neighbourhood back then … It wasn't as chi-chi around here," she remembers. "It wasn't such a big deal."

No one seems to know precisely how many white squirrels there are, adding to their mysterious appeal. Carolyn Wong, who sits on the steering committee of the Friends of Trinity Bellwoods Park, said most locals believe there were at least two or three, before the recent death, but she agreed it was hard to tell. City parks officials say they do not track the park's white squirrel population.

Laurentian University biologist and squirrel expert Albrecht Schulte-Hostedde hasn't been to the park, but said that given the number of sightings and the length of time the albino squirrels have been associated with the area, there are likely more than just two or three.

However, he also said the park's regular-looking eastern grey squirrels (many of which are actually black) could be carrying the gene and producing some albino offspring.

Prof. Schulte-Hostedde said the high-wire death of one white squirrel shouldn't put the population at risk. Squirrels die all the time and can last as little as two years in the wild – if they make it to adulthood at all: "Certainly they go through periods of being quite low in terms of population density, and then they can go quite high."

However many of them there are, finding them on deadline – and in a noisy park jammed with picnickers, toddlers and professional dog-walkers – is hard. Even using a dubious squirrel-hunting tip gleaned from the Internet – rubbing two quarters together to mimic the sound of squirrel-teeth biting into a nut – turned up no results.

Trinity Bellwoods is not the only place where white squirrels are found. Several small towns in the United States, and Exeter, Ont., boast white squirrel populations. They have also been reported in Washington, D.C., Boston and Minneapolis. Most are "white morphs," a different variety of the eastern grey squirrel. But the Trinity Bellwoods clan are believed to be less-common albinos, with red eyes.

The White Squirrel Café is just across from the park, on Queen Street West. Founder David Ginsberg, in Ray-Ban sunglasses and White Squirrel Café logo shorts, says naming his business after the neighbourhood icon when he launched six years ago has clearly struck a chord. Although at times, an odd chord.

"It was more about the neighbourhood than the squirrel. I am not particularly a squirrel lover," he said. "I used to get lots of e-mails from people around the world. … They Google it, we come up. I got an e-mail once from Australia, they dreamed about the white squirrel. … And strange crafty people bring me stuff they made."

Mentions of the Trinity Bellwoods white squirrels are also hard to find in The Globe's archives. Other white squirrels make appearances, though: One was found in Simcoe County in March, 1932 and another was caught by a Fredericton trapper that same year. A stuffed one made news at the 1879 Hamilton Fair. And throughout the late 19th and early 20th centuries, "white squirrel wraps," a garment for women, turn up in ads – including one in 1933, in the midst of the Great Depression, for sale at Holt Renfrew for $185.

Picnicking in the park with a friend, artist and tea shop worker Johanna Martin, 25, says she saw a white squirrel just a few days after the death. She displays a picture on her phone of the creature climbing a chain-link fence. But she isn't surprised a reporter's search for the elusive rodent this week was unsuccessful: "It's like seeing a unicorn." 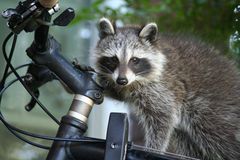 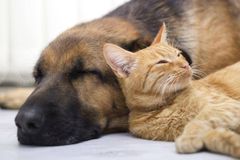 Facts & Arguments
The squirrel monkey my father won in a poker game haunts me still
August 3, 2014 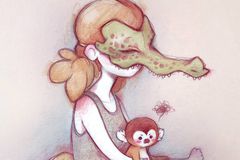 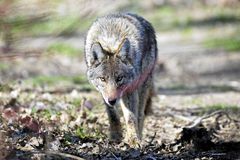