Barry Thomas stops at the bottom of a stairwell, turns, and points up at what looks like a fire alarm.

"A hidden camera," he says. Without waiting for a response, he's out a nearby door. The swift-talking, foul-mouthed housing manager tells a young man standing just outside to keep the door shut. The guy doesn't say anything.

"You're going to read about that kid some day," Mr. Thomas whispers, walking away. The hidden camera has caught that kid selling a gun. "Totally out of control."

As the operating unit manager of Toronto Community Housing's northwest section, Mr. Thomas knows the problem spots in his buildings, including those at Lawrence Avenue and Weston Road. A five-year-old girl was shot non-fatally in May in one of the buildings. She's one of the victims in 12 Division, Toronto's new front in the war on gangs. As The Globe revealed Saturday, six of the small division's nine homicides this year (one-third the city's total) are tied by police to two unsophisticated street gangs, the Gatorz and Five Point Generalz. So too is the girl's shooting.

To tackle the problem, police arrested more than a hundred people and brought in new officers. The violence has stopped, but the extra police are leaving in two months. Police say it's up to residents and community leaders to keep the peace.

Mr. Thomas is at the top of that heap. TCH properties are always a crime hot spot, including the division's most recent shooting, a non-fatal drive-by that left nearly a dozen bullets in an apartment entrance and one in a 16-year-old boy's leg.

While some tenants might ask for more TCH security, Mr. Thomas rules that out. He's working with the police, but knows where his priorities lie.

"We're a landlord, not a police force," he says. "Every time we pay a security guard, we can't fix a roof."

He's focusing on youth engagement and environmental design, including the cameras, trimmed trees and adding lights to sketchy areas. He set up a new BMX park in one parking lot with the help of Toronto police Constable Scott Mills, the face of Toronto Crime Stoppers.

The two are something of a crime-fighting team. To drum up police tips - on past killings or possible upcoming ones - Const. Mills runs several Facebook and YouTube pages while meeting as many people as he can. The veteran officer frequents one restaurant - whose customers include suspects from this year's homicides - for its homemade soup.

"You gotta break bread with these people," he says, biting on a cooked cow foot. "It's trying to get someone to call in a tip before someone is killed, right? Prevention."

Some youth turn to reformed gang members for guidance. One is Rick Osborne, a 54-year-old former biker who spent 24 years in prison.

He says there are myths about gang life. One is that a gangster can't get out. "Getting out is so easy. Move, because it's territorial," he says. "Gang [life]has really good PR. You have what's really happening on the street, and then you have the hype, the spin."

Among those working to break down that PR-advantage is Paulina O'Kieffe, 23, director of community engagement with For Youth Initiative, a Keele Street centre. One of the youth centre's clients, 19-year-old Danny (Goon) Lewis, was gunned down three months ago steps from the building. Ms. O'Kieffe believes youth are fed up.

"They're tired of the people dying, their friends dying right beside them. It's time for the violence to stop," she says. "Despite all the stuff that's going on, people are still looking out for each other here…I think there's a lot of potential. It's just run into a little hot patch of violence." 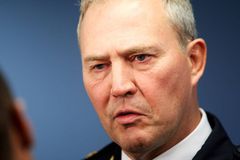 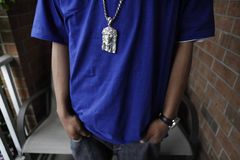 As young shooting victim recovers, residents clam up
May 22, 2009
Latest victim, 14, part of spiral of violence
May 13, 2009
Follow Josh Wingrove on Twitter @josh_wingrove
Report an error
Due to technical reasons, we have temporarily removed commenting from our articles. We hope to have this fixed soon. Thank you for your patience. If you are looking to give feedback on our new site, please send it along to feedback@globeandmail.com. If you want to write a letter to the editor, please forward to letters@globeandmail.com.
Comments