The advent of the smartphone and the video age are giving us glimpses of life in its rawest forms. The glimpse we got this weekend was sobering indeed.

A young man brandishes a knife on a streetcar, his thin form and the glint of his blade clearly visible in the vehicle's bright lights. Police on foot gather outside as sirens scream. One, then another, points a gun at the man and demands that he drop his weapon.

He does not comply. Then – "pop, pop, pop" – three shots ring out in the night. A pause, then six more shots, followed some time later by the electric buzz of a taser. The man, Sammy Yatim, 18, lies dead or dying on the streetcar floor.

Any event like this is complex. Who did what when, and why? Even the unblinking eye of a video camera doesn't always tell the whole story. It would be a mistake to leap to conclusions and assume that after seeing it we understand everything that happened in those tense moments on Dundas Street.

But, while it may not be a complete record, the video is disturbing enough to raise serious questions about how the police reacted that night.

Was it really necessary to employ lethal force? Why did police fire nine shots at a man armed only with a knife? Why was a taser not used in the first place, rather than, as the video appears to show, after the police stopped firing? Was there any attempt to talk Mr. Yatim down before guns were used? Was there a senior officer at the scene to direct the response, or did less-experienced officers take matters into their own hands?

Mr. Yatim did not have hostages. The streetcar had emptied of its passengers and driver. Mr. Yatim was not locked in a physical struggle with police, though he did ignore repeated warnings to lay down his knife and he did seem to make a move to the front of the car, where police were standing, just before the first shots rang out.

The province's Special Investigations Unit (SIU) says that it has designated a single "subject officer," which indicates that one police officer did the shooting. It also says it has identified 22 witness officers, which shows how many police were on the scene – more than enough, it would seem at first blush, to contain a man with a knife.

Police are taught how to defuse crises such as these. In use-of-force training, instructors tell them how to deal with potentially dangerous people who have mental illnesses, or are exhibiting some other form of distress, by using verbal skills instead of violence. It doesn't always work, of course, and police have to reserve the right to use force to defend themselves or the public when everything else fails.

But, in Toronto over the past few years, we have seen far too many incidents in which deadly force was used when some other tactic might have sufficed. Only last year, police shot dead 29-year-old mental patient Michael Eligon, who had fled a hospital in his medical gown and armed himself with scissors. The SIU said after its investigation that the incident raised "legitimate questions" – whether police should get improved training and whether more front-line officers should get tasers.

The Yatim shooting brings those questions back with renewed urgency. When Chief Bill Blair spoke about the shooting on Monday – an unusual, but necessary, step for the chief in the midst of an SIU probe – he assured the public of the police service's "unwavering commitment" to answer the questions that surround this deeply troubling event.

In parallel with the SIU investigation, he will conduct his own investigation into police "policies, procedures and training." The whole city will await the results. Sammy Yatim's death would seem doubly tragic if no lesson were drawn from it. 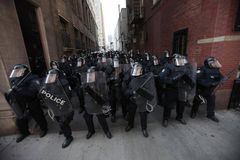 Behind the scenes at the Toronto Police Service forensic unit
June 29, 2013 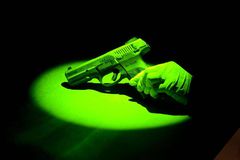 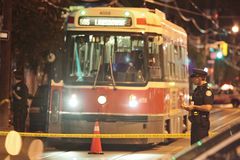 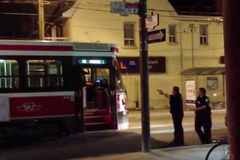 Toronto police chief responds to public outcry after fatal streetcar shooting
July 29, 2013
Follow Marcus Gee on Twitter @marcusbgee
Report an error Editorial code of conduct
Due to technical reasons, we have temporarily removed commenting from our articles. We hope to have this fixed soon. Thank you for your patience. If you are looking to give feedback on our new site, please send it along to feedback@globeandmail.com. If you want to write a letter to the editor, please forward to letters@globeandmail.com.
Comments