Daniel Rotsztain is the creator of allthelibraries.ca, a project that saw the writer-artist visit, and draw, every branch of the Toronto Public Library. That tally was 99 – until this week, when TPL opened the Scarborough Civic Centre, its 100th branch. Here Mr. Rotsztain, who also goes by the Urban Geographer, reflects on the evolution of the TPL, and how it got to 100.

At the new Scarborough Civic Centre library branch, soaring roof lines and exposed spruce beams overlap to create a series of atriums that will bring an abundance of light to the library's stacks and reading rooms. Floor-to-ceiling windows blur the lines between the branch's interior space and the surrounding neighbourhood's public realm. Green roofs and a reading garden create further links with the parkland across the street.

No-longer-silent chambers muffled from the sights, sounds and distractions of the outside world, today's public libraries are vibrant indoor spaces that let the city in. Scarborough Civic Centre is an architectural expression of this modern library – one attuned to the needs of the 21st-century city.

The library is furnished with 18 public-access computers and free WiFi – but that's to be expected. The rise of the knowledge economy and the increase of freelance and office-less workers have rendered libraries essential spaces, where Internet access and a nice place to work are worth their weight in gold.

While physical books are far from dead – the new branch has over 40,000 in its collections – TPL is ably responding to these technological shifts: Scarborough Civic Centre is the third library in the system, along with Fort York and the Toronto Reference Library, to feature a Digital Innovation Hub equipped with a 3-D printer accessible to all library users.

Last summer, with sketchbook in tow, I travelled by bike and TTC to every TPL branch and illustrated their exteriors for a project called All the Libraries. Recognizing TPL's adaptability in architecture and programming within the small number of branches I had visited regularly, I wanted to investigate the diversity of libraries within the entire system (and explore every corner of Toronto along the way).

It has been a long evolution from the Beaux-Arts bunkers that characterized the city's earliest public libraries. My resulting series of drawings is a living catalogue of civic architecture since TPL's establishment in 1884; it can be read like a timeline of the library's constantly evolving relationship to the city.

TPL's oldest branches were built when the concept of free public libraries was still new, fought for by the Public Library Movement that saw access to education as an essential antidote to the vices of the city. As a result, these first libraries (Yorkville, Annette Street) were built to imbue confidence in a newly enshrined municipal service – and are well-protected from the vices of the street by stone staircases and Doric columns.

Toronto's public libraries have been so adaptable to the needs of its users that several branches have been opened, literally, where the people are: on shopping streets (St. Clair/Silverthorn, Mount Pleasant), in strip malls (Cliffside, Woodview Park) and even within malls (Bridlewood, Eglinton Square). At Jane and Wilson, Black Creek branch is deep inside Sheridan Mall, where the TPL logo competes with the mall's equally prominent Tim Hortons sign. Good thing that in 2009, the library changed its food and drink policy to permit eating and drinking, so you don't have to make that difficult choice.

While mall libraries demonstrate TPL's inventiveness, they sacrifice public space for convenience, subjugating their patrons to the whims of private security guards to access otherwise non-commercial spaces. Well-located, dedicated branches are superior. Scarborough Civic Centre is a standalone branch situated between Scarborough's municipal buildings and the growing community of condo towers and forested parks at Ellesmere and McCowan. The library will be quickly woven into the district, knitting together the neighbourhood's constituent parts.

Of course, within the walls of even the most historic branches, the library has adapted its collections, technology and programs to keep up with changing needs. Digital literacy classes for seniors are programmed in facilities with design workstations that give access to audio- and video-editing programs, 3-D design and coding software.

What's most exciting about Scarborough Civic Centre, however, is its pure expression of the role of today's public libraries. Elegant architectural gestures reach out toward the city while transparent glass edges bring the vibrancy of public space indoors. With its 100th branch, TPL has beautifully realized the role it plays in the evolution of the commons in 2015, where the light is abundant and the WiFi is free. 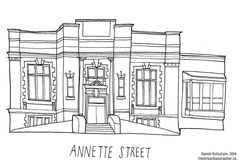 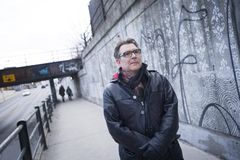 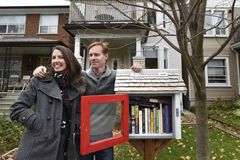