Five years ago, a Mississauga therapist named Christina Papadopoulos took part in an online podcast with her husband and described how one day she cut off contact with her parents, whose company she found phony and stifling.

Ms. Papadopoulos also said she was worried her online musings about shunning her relatives might land her in trouble with "the psychology community."

Her fears came true this week when, in an unprecedented disciplinary case, the College of Psychologists of Ontario found her guilty of professional misconduct because she used the Internet to counsel people to emulate her and sever ties with their families.

A disciplinary panel of the college heard Tuesday that Ms. Papadopoulos, a psychological associate, gave improper advice on a number podcasts made with her husband, Stefan Molyneux.

A self-described Internet philosopher, Mr. Molyneux is behind hundreds of posts, podcasts and videos on his website, Freedomain Radio, that discuss a range of topics from a libertarian mindset. "Stef and I, we have the capacity to help the world," Ms. Papadopoulos says in one podcast.

The couple has garnered little attention in Canada, but several parents from Britain and the United States have told The Globe and Mail that their children consulted Freedomain Radio, then became estranged from their families.

The college began investigating after two formal complaints, one in 2009 and the other in 2011.

"As parents we will have hope that this judgment will help to prevent others suffering the devastating pain and damage that our families have endured," the 2009 complainants said in an e-mail to The Globe.

The other complainant wondered if Ms. Papadopoulos grasped the effects of her acts. "If she has genuinely realized the damage and distress she has caused … perhaps she will find ways to undo some of the harm she has done and will help people to be reunited with their families," the complainant said in an e-mail.

"Your statements in support of deFOOing are not supported by current professional literature or consistent with the standards [of the college]," prosecutor Peter Osborne said at Tuesday's hearing.

It wasn't a typical case involving a patient-therapist relationship. Ms. Papadopoulos's lawyer, Lisa Hamilton, told the panel her client's file "may be unique for this college. I certainly am not aware of any other cases like this, involving the Internet."

Ms. Papadopoulos gave advice on podcast segments called "Ask a Therapist." While family separation is sometimes appropriate in cases of abuse, she didn't assess whether this was properly applied when she made her podcasts, said an agreed statement of facts read at the hearing.

In a 2007 podcast that a complainant signalled to the college, Ms. Papadopoulos and Mr. Molyneux discussed her parents' shortcomings, calling her relatives "second-handers," an epithet from the author Ayn Rand about dependent people.

"You've never directly confronted your parents on their corruption?" he asked.

"I came close to it a few years ago, which led to my separating from them, my deFOOing," she replied.

In another podcast, the couple discussed a listener who wrote a letter describing how he cut ties with his family and rerouted his mother's daily e-mailed pleas titled "We love you" into his junk mail folder.

"She's trying to push your buttons. She's trying to appeal to your guilt," Ms. Papadopoulos said. "The best thing to do under those circumstances is just not to engage. …The moment you respond back, she knows she's got you."

At Tuesday's hearing, Mr. Osborne said, the perception of Ms. Papadopoulos's objectivity was compromised because her husband's website solicits donations.

Ms. Papadopoulos works as clinical director at Mississauga's Meadowvale Psychological Services. The college reviewed 10 records from her practice and found she had not recommended deFOOing to her clients, Mr. Osborne said.

Ms. Papadopoulos didn't speak at the hearing, except to enter her plea. In the statement of facts, she said "she was, with the benefit of hindsight, naive about the use and possible misuse of information distributed via the Internet."

As part of the penalty, she accepted a reprimand and pledged not to give more online psychological advice. She will have to complete a course of studies and will have a peer mentor her for a year, at her expense. She will be suspended for six months if she doesn't meet all the requirements by Dec. 31, 2013.

Mr. Osborne said the public would be better protected if Ms. Papadopoulos's shortcomings were remedied, rather than just imposing a punitive measure such as a suspension. 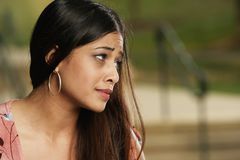 Should I stay with my girlfriend, or sow my wild oats first?
November 1, 2012 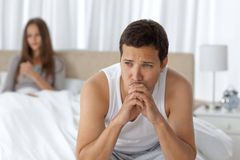 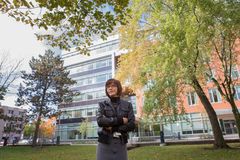