The latest release of information gathered by police has many people wondering why authorities haven't stepped in to take action against Mayor Rob Ford. Why, they demand, hasn't he faced charges after admitting to buying and using illegal drugs?

Their impatience is understandable. The cascading series of allegations about the mayor and his associates have painted a dark picture indeed.

But police need more than a picture. As police Chief Bill Blair points out, they need reasonable and probable grounds to lay a charge. In the case of drug charges, they usually need samples of the drug itself to make the charges stick. In court, prosecutors must prove their charges beyond a reasonable doubt.

As compromising as it is, the information in the latest batch of court documents does not come close to proof. Instead, we have various dubious characters saying in wiretapped phone calls that Mr. Ford is "smoking his rocks today" or "doing the hezza" (a street name for heroin, although the document does not specify this).

Even if the suggestion that Mr. Ford tried to buy the famous drug video was proved, it would not lead to charges unless there was coercion on his part.

Yet, some prominent figures are questioning how police have handled the Ford affair. Adam Vaughan, an outspoken city councillor, says an impression may take hold that Toronto has "two-tiered policing" in which "a kid like Rob Ford, with a trust fund, gets policed differently." Clayton Ruby, the veteran defence lawyer, suggests the police should have swooped in to gather evidence on Mr. Ford when they were tailing him and his friend Sandro Lisi this summer.

It is easy to second-guess the veteran police detectives who led the investigation and say they should have intervened to find out what was in those mysterious packages the two men exchanged. But what if they made the wrong guess and swooped in at the wrong time, blowing their investigation?

No one can say the police gave the mayor a pass. The surveillance operation was exhaustive – so exhaustive that Mr. Ford complains that Chief Blair spent millions tracking him. On Friday, the mayor's brother Doug repeated his absurd claim that Chief Blair "has an agenda, in my opinion, to get rid of the mayor." Police find themselves accused from one side of going too easy on the mayor, from the other side of going too hard.

This was a sensitive and complex investigation from the start. As the latest documents make clear, police came across Mr. Ford's name in the midst of Project Traveller, a drugs-and-gangs probe centring on the Dixon City Bloods. It was the responsibility of police to keep their eyes on the target and see that investigation through. Once it was done, with the famous Dixon Road raid, they focused on Mr. Ford and Mr. Lisi. That led to drug and, later, extortion charges against Mr. Lisi.

It is impossible to say whether Mr. Ford himself will face charges, although police say their investigations continue. But whether he ever ends up in court – and it bears repeating that he as yet faces no official accusation of criminal wrongdoing – the evidence of deception and dubious behaviour that has been revealed in the past few weeks is overwhelming.

The latest allegations seem to show that he was well known to a variety of suspected gang members; that he frequented the house on Windsor Road believed to be a crack house; and that there was much phone chatter about the drug video that Mr. Ford later claimed did not exist. They also appear to show that he was vulnerable to blackmail, with his dubious friends trying to profit from his indiscretion.

City councillor John Parker calls it a "messy, awful situation. We just wish the entire story would be made clear and … the mayor would let us in on what the heck has been going on."

But, true to form, the Mr. Ford has refused to explain any of this, claiming that, on his lawyer's advice, he can't talk. His only comment as of Friday afternoon had been to a U.S. sports radio station.

It would be nice to think that the police could ride in like the cavalry and rid us of the rogue mayor. But if and when they do, they need to be sure they have the goods. 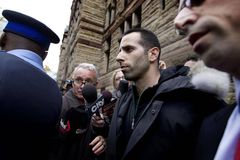 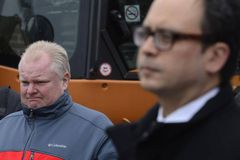 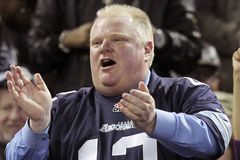 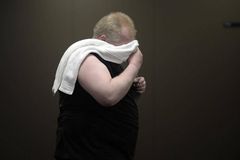 Four key revelations from Toronto police's full document on Rob Ford
December 4, 2013
Follow Marcus Gee on Twitter @marcusbgee
Report an error Editorial code of conduct
Due to technical reasons, we have temporarily removed commenting from our articles. We hope to have this fixed soon. Thank you for your patience. If you are looking to give feedback on our new site, please send it along to feedback@globeandmail.com. If you want to write a letter to the editor, please forward to letters@globeandmail.com.
Comments are closed