Soon after 17-year-old Caylen Millben's body was discovered in a wooded park near his Brampton home last month, his grieving father received a phone call.

Caylen's high school was preparing a letter to send home with students about his death. His was the third suicide at the suburban school in less than a year, and the principal wanted to know if she could tell his classmates that he had taken his own life. A well-liked senior, Caylen was three months away from graduation and had already been measured for his cap and gown.

His father, Cory Millben, a Methodist pastor at a Toronto church, gave the school his permission, a rare decision since many bereaved families prefer to keep suicides private. The families of the two other young men have not publicly confirmed that their sons' deaths were suicides.

Mr. Millben's openness has enabled the school to tackle the issue of teen suicide head on, allowing teachers to lead discussions on the topic in every classroom.

What's happening now at Sandalwood Heights Secondary School fits into a broader movement to build education about mental health and suicide – the second leading cause of death among youth in Canada – into the curriculum of high schools across the country.

"It's enabled us to have frank and open conversations, which really gives us an 'in' with regard to the stigma and taboo that exists around this topic," said Jim Van Buskirk, chief social worker for the Peel District School Board. "That's been a huge advantage."

In recent weeks, teachers at Sandalwood have led in-class conversations about suicide, friends organized a vigil and the school has said it will start a bereavement group to help students deal with the deaths of their three classmates.

Mr. Millben recalls that his son appeared shaken after the first suicide at the school. The two teens weren't close, but Caylen kept material from the funeral pinned to his bulletin board for months. "It really affected him, really bothered him," his father said.

Since Caylen's death, some teens have gone online to vent their frustration and sadness – and to offer each other words of support. "Remember Sandalwood, that was the last one," one student wrote on a Facebook group a week after Caylen died. "From here on in there will be no more funerals, no more heartbreaks."

Sandalwood isn't alone in tackling the sensitive topic. Across the country, the increasingly public nature of the conversation on youth suicide is helping to establish it more firmly – alongside related concerns about bullying – onto the agenda of school boards and provincial governments.

"Mental heath's been around forever," said David Thomas, head of the Upper Canada District School Board, near Ottawa. "But wide-scale responses to it at the school level are brand new."

Mr. Thomas's board launched a pilot project last fall in which seniors are trained to act as mentors, and are teamed up with groups of younger students for the school year. It's a response, in part, to a series of suicides in the region in recent years.

Peel District hired a new mental-health co-ordinator just months before Caylen died, using money provided by the Ontario government to improve mental-health education and support networks in public schools. And next month, the board will launch workshops for educators interested in training others to recognize mental-health concerns and better support students.

"I think there's an ever-increasing awareness that mental-health literacy needs to start, or at least be heavily initiated, by the school system because that's where the kids are every day," said Sheila Neuburger from Ontario Shores Centre for Mental Health Sciences, which runs its own teacher-training program.

Stanley Kutcher, an expert in teen mental health who is based in Halifax, developed the mental-health curriculum used by Shores and is working to bring it into Nova Scotia schools.

"From a policy framework, we are now realizing in Canada that it's really necessary to start investing in addressing mental-health needs in a school setting," he said.

Administrators say it's useful for schools to take the lead, particularly since conversations about suicide are already occurring, unsupervised, on social networking sites and outside of school walls.

Indeed, one social networking account that appeared to belong to Caylen mentioned suicide twice in the days before he died – a warning sign, perhaps, but one that may have been less surprising at a school where two students had killed themselves in recent months.

And in the fraught world of social media, where once-handwritten secret notes are now passed in public, new questions arise about when and how to respond to such comments. With many students using aliases online, it's often difficult to connect their words to a real person, let alone raise concerns.

Three weeks after his death, Caylen's family is still struggling to understand what happened. With graduation around the corner, he'd secured a spot at the college of his choice, where he planned to study police foundations.

His father says he saw no warning signs, beyond the common anxieties many teenagers face about school assignments and the changes that inevitably come with the end of high school. He wasn't bullied, and he appeared to get along well with nearly everyone who knew him.

But speaking with a reporter in the kitchen of his Brampton home, Mr. Millben was matter-of-fact about the circumstances of Caylen's death.

"It is what it is. My son committed suicide." he said. "It's hard to deal with, hard to understand. But there's no use kicking it under the rug."

Mr. Millben said his son was upset by the deaths of six friends, both at Sandalwood and in Windsor, where the family lived before moving to Brampton.

He said the family talked about suicide after one teen's funeral. "We said, 'Caylen, you're not thinking about suicide, are you?' " No way, his son responded.

Friends recalled Caylen as a genuinely kind person, always asking them how they were feeling or offering up advice on how to handle troubles at home.

He loved to rap and started a hip hop dance group at his school, his father said. He was also an active wrestler and was involved in his church's youth group.

The school's social justice club is looking for ways to help, and has discussed offering training for students to recognize signs of depression and anxiety, and a drop box for people to anonymously submit their concerns.

"That way they'll still feel like we care about them, even if they might be a little bit hesitant to be addressed specifically," said Athiyya Amir, the club's president. "I think it's very important that we let them know that we care and it's okay to have that extra support if they need it."

Mr. Millben said he's impressed with the school's efforts. And he added that his next step, once he's had some time to heal, will be going into Caylen's school to talk with the students directly, if teachers think that will be helpful. "I just need a few more weeks to get myself together," he said.

Glancing down at a framed photo of his son, Mr. Millben said his advice to other parents is simple.

"Talk to your kids, love your kids. And I don't know what else I can say." Have a question about teens and mental health? Leave your questions for Dr. Stan Kutcher's upcoming live discussion on Monday at 11:30am ET. 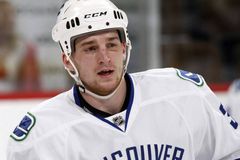 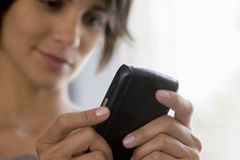