As Mayor Hazel McCallion glances out the window of her Mississauga Civic Centre office, one half-expects her to start quoting The Lion King ("Everything the light touches is our kingdom") because, really, this is The City Hazel Built. When the 91-year-old entered politics in the sixties, Mississauga was a collection of villages. In her 34 years in the mayor's seat, she's seen its steady expansion to a thriving suburb, then to a business hub that attracts tens of thousands of workers daily and now a city experimenting with density.

She and her counterpart to the east – Toronto Mayor Rob Ford – share the belief that cities must be run like businesses, but they've had vastly different experiences governing their respective metropolises. Two years into his term, Mr. Ford has failed to gain council support on major items such as his budget and transit plan and his executive's clashes with city staff routinely make headlines.

Ms. McCallion, by contrast, has had a relatively smooth run and, with the exception of a major downtown convention centre, has seen the success of most initiatives she's championed.

In 2011, a poll ranked her as the most popular mayor among Canada's 15 largest cities (Mr. Ford came in second-last). Not bad for your 12th term (also the last).

Ms. McCallion spoke to The Globe for the final instalment of our Mississauga Rising series.

I've heard that you have a pair of skates you keep –

I keep them in my trunk. So when I go out and drop pucks – and I get a lot of requests to drop pucks – some of them would say, "Would you put your skates on and skate around a bit with the kids? Or with the old-timers?"

You've said this year that raising property taxes isn't going to be enough to keep up with infrastructure costs. You floated the idea of a municipal land-transfer tax. Is that the best option?

The property tax was brought into being to service property, not humans. We get a very small portion of it to provide all the main services: fire, community centres, recreation, parks, libraries, roads. We were asking the province to give us the authority to add taxes and a transfer tax is one we'd like to consider.

I'm sure most Mississaugans would agree there is a need to improve infrastructure, but for many decades people enjoyed very low taxes and now they're adjusting to big property tax hikes. Do you think it would be be widely accepted –

(Laughs) There is no tax that exists [that would be widely accepted]. And in fact politicians are using it beautifully to get elected. They say, "We're going to reduce the taxes." I never used that when I ran for mayor 30-some years ago. I think it's sad that the public is being misled that all these projects are going to be done and we're going to cut taxes.

Was there any point you considered incurring debt in order to keep up with the city's needs?

We didn't have to go into debt. As a growth city, we were getting a large volume of capital funding. Now we're faced with replacing infrastructure. One item that's taken us into borrowing is replacing street lighting with LEDs, a $30-million project. But it's going to have a payback in 10 years.

This week, the Ontario Lottery and Gaming Corporation suggested Mississauga might be a good location for a casino, but you've said it would not be happening. Is it still off the table?

We don't own any land in the city. Therefore, the only way a casino would come before us for consideration would be a landowner that wants to build one.

Who do you think is fit to succeed you as mayor?

That's up to the people of Mississauga. I've had the pleasure of leading a council except for about two years when we had a councillor who caused a lot of problems and disturbances. After she was defeated, we're back into a council that works together for the good of the people. I don't win every vote but as long as there's good debate on it and as long as there's good facts to back it up, the majority vote at council you live with. Once a decision is over, it doesn't carry on as an argument. It dies.

In Toronto when they discuss transit, it's been back and forth: LRT or subways? In Mississauga there's unanimous support for LRT. How did you achieve that?

Councillors decided LRT is the fastest way to get the job done. And underground is three times the cost. So they applied some common sense.

Of the few items you have been defeated on, which have disappointed you the most?

One of them was drive-throughs. I strongly oppose drive-throughs. I think it allows people to sit in their cars while they're being serviced, it's contrary to the environment, with the cars idling, and council majority votes for them because people say they want them. See, there you are – I strongly oppose it, but the councillors joke about it, saying, "Well, you know, the mayor doesn't approve this." And there's the difference. It's not saying, "The mayor's out to lunch."

Are there any lessons that would be useful to Toronto?

Efficiency, economy, do our homework on issues and run this city like a business. Before we went for any of the big projects like the Living Arts Centre, like the Hershey Centre, we made sure the community had the facilities for their everyday life: community centres, baseball diamonds, arenas, libraries. We cut our cloth according to our needs, not to build white elephants.

You don't hear councillors tearing staff apart at a public meeting. Staff are encouraged to give us their professional opinion. All the staff in my office are city staff, not political staff. I don't have anyone trying to protect me from the press.

You've had a couple of challenges over of conflict of interest [a 2009 inquiry found the mayor played an ethically problematic role in promoting a convention centre project in which her son had a financial stake; in 1982 a conflict was declared over land she owned being released for development]. Your counterpart in Toronto is dealing with his own accusations. Any advice?

I declared a conflict. The inquiry was all about what happened prior. You don't declare a conflict until it comes to a committee or council. [The judge said] I should not have been involved in trying – because my son worked for the company – to get the land sold to them. Well, if they didn't have the land sold to them, it wouldn't be a convention centre. (chuckles) When [city councillor] Carolyn [Parrish] couldn't get me on the conflict-of-interest act, she got advice to go the inquiry way.

You continued to be re-elected with wide support. How was it possible with a cloud over you?

People believe I'm honest. It's simple as that. They know that I fought for a convention centre and I will continue to fight for one. It's unfortunate that my son was able to convince someone to invest in it. I wish he had not done it. It's the closest we've ever come to getting a convention centre. Instead, we lost it and cost the taxpayers $7.5-million [for the inquiry]. What a waste of time and money.

Can I give you some advice? Don't mention Carolyn Parrish in your story. It will only spoil it.

What can Toronto learn from Mississauga (and vice versa)? Some responses:

I've lived in Mississauga my whole life and I can't wait to move out. Planning in the downtown core is despicable. There's traffic at all hours. It takes me 15 minutes to drive to the U of T Mississauga campus but one hour and 20 minutes by transit. – Stefanie Marotta, Mississauga

Mississauga needs to be more pedestrian-friendly. I would rather go to a park in Toronto than in Mississauga because I can actually get there by myself, and don't have to rely on someone else's vehicle. Toronto has TTC in its veins, while Mississauga expects all its residents to own cars.

On waterfront, Mississauga knows it takes shared vision to be a contender
November 9, 2012 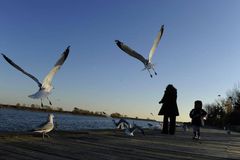 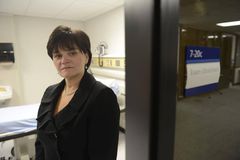 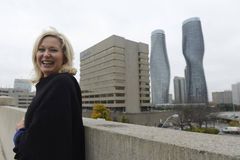 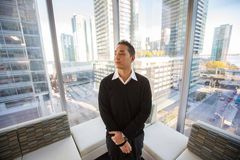