With the province warning that Brampton has to make up its mind "urgently" about whether to accept a new transit line, the city's council is moving one step closer to a decision on the politically contentious project.

The Brampton portion of a provincially funded light rail transit (LRT) line from the local GO station to the one at Port Credit has provoked stiff opposition. A decision in July was deferred – with council split down the middle – and the city's politicians will meet Wednesday to pick a facilitator who will try to find some common ground.

But the facilitator will have to work quickly, with only two weeks until a special meeting to make a final decision.

"It would be dishonest if I said I wasn't disappointed in the time it has taken to bring this matter back to Council," Michael Palleschi, the councillor who introduced the motion calling for a facilitator at the July meeting, said in an e-mail exchange. "I will certainly be making myself available to meet as many times as necessary at any time. The importance of getting this right is a top priority for me."

According to the regional transit agency Metrolinx, the proposed LRT line in Mississauga and Brampton will carry 35 million passengers per year by 2031. Peak hourly ridership that year is projected to hit 2,700. It is budgeted at $1.6-billion, all of it to be paid by the province.

Critics in Brampton argue that another road nearby needs the service more. Metrolinx has agreed to study the other road for a possible future line but says that the currently proposed route is the place to start. Opponents also worry about parking and the character of Brampton's old downtown. LRT supporters, meanwhile, note that light rail operates without problems in much older cities and argue that the project will help a struggling downtown. They warn that the province has made clear its funding is for this route only.

The dispute leaves the city in stark contrast to nearby municipalities such as Toronto or Mississauga, which are clamouring for transit. In Brampton, opponents of the project appear willing to gamble that the province will change its stance and agree to fund a different plan if that's what city council votes for.

With the final push toward a decision pending, the pro-LRT group One Brampton commissioned a telephone poll of local residents that revealed broad backing for the project.

After a question about knowledge of the project – which showed that 57 per cent of respondents were somewhat or very familiar with it – the survey asked: "Do you support the proposed Hurontario-Main LRT project?"

"It's clear that this city is not divided on the LRT, that support for the LRT is city-wide," said Andrew deGroot, a co-founder of One Brampton.

"We're hoping that this poll and the information that comes out of this poll will help … council see that the reality is that the city is not split 50-50, that the vast majority of the city does want the LRT. And that that may be enough for them to rethink their position."

Peter Bailey, a prominent opponent of the Brampton LRT proposal, had not seen the poll and said that any survey would have to be examined closely for bias. His impression locally, he said, is that people have in recent weeks become even more negative on the project.

"Before, it was the LRT … should it go north-south or east-west, not people saying 'do we need it at all?'," he said. "There's a lot of people saying right now 'do we even need an LRT north of Steeles Avenue?' And that wasn't part of the discussion before."

Asked last week about the drop-dead day for Brampton to make up its mind, Minister of Transportation Steven Del Duca did not answer directly but warned that a decision was needed soon.

"At the end of the day, this is not something that can go on forever," he said. 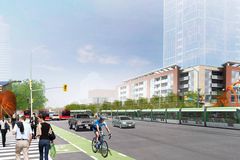 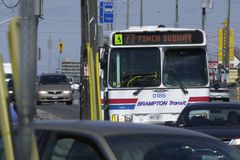 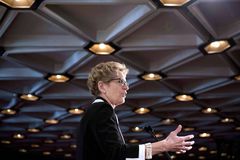