It's 8:15 on a Wednesday night, and Edulis Restaurant is packed with expectant foodies sipping hard cider Coat-Albret from Brittany and Spanish Tempranillo while they wait patiently for chef-owner Michael Caballo's shaved porcini with salt-cured foie gras and warm salads of Portuguese squid and sea asparagus.

The popular 32-seat eatery is an oasis of calm. People chat. Waiters hover. Wine bottles pop. But behind a door labelled "Cocina," the kitchen is hopping. Mr. Caballo and his two cooks stand elbow-to-elbow as they nimbly dance around each other to produce his signature dishes.

The bell dings, another order is whisked out, and a waiter comes in to tell Mr. Caballo that Walter Deller (a regular) has described the anchovies in his dish of smoked tongue as "haunting." Chef smiles, and keeps chopping, stirring and quietly giving instruction.

Despite the accolades his restaurant has received (enRoute Magazine named it best new restaurant last year), Mr. Caballo says he's had a hellish time trying to find committed and quality cooks to work alongside him in his 20- by 10-foot kitchen. And he's not the only Toronto restaurateur scrambling to find good, hard-working help. They say the city's restaurant expansion in recent years is one reason for the shortage.

But many chefs are pointing blame elsewhere: The Food Network.

"[There's a] glorification of the industry that's been going on with all these ridiculous food competitions ... that suggest all these kids need is to do is go on Top Chef Canada and they'll have a restaurant in one or two years," Mr. Caballo says. "That's just not how it's done."

The new generation of cook, he argues, doesn't want to play by the restaurant industry's traditional rules: paying your dues, working long hours for many years before you set up your own shop.

The statistics support this impression. The city's Municipal Licensing and Standards Division has issued 3,389 new restaurant licences – for eateries that have opened or have changed hands – since the beginning of 2011.

Geoff Hopgood, chef-owner of Hopgood's Foodliner on Roncesvalles Avenue, says he's always looking for cooks. "It's the thing you have to be on top of these days," Mr. Hopgood says. "There's absolutely a shortage and I think it's because The Food Network has ruined everything for everybody."

At Edulis, Mr. Caballo spent five months looking for the two cooks now working with him (he hired them in May). "It's not that cooks aren't out there. It's the lack of quality human beings with talent willing to roll up their sleeves to a life that's hard, working 10- to 15-hour days. It's a weird time, that's for sure, with young talent butchering apart whole cows before they know how to make a mayonnaise."

Chef Christine Walker, chair of the George Brown Chef school, says graduates know to expect a lot of hard work to make it. "We certainly don't send our students out under false pretenses. They know what the reality of this industry is.

"I think people are successful if they understand right from the beginning what they're getting into."

Ms. Walker says the expansion in recent years of hospitality-related food services available in the city, and across the country, is one reason for the shortage of cooks. But she acknowledges that reality television has had its impact. "I'm not sure that the Food Network has done our industry a good service," Ms. Walker says. "It makes it look all fancy and glamorous and it doesn't really portray the hard work that has to be put in to be successful."

Richmond Station chef Carl Heinrich argues that it's too simplistic to blame TV for the glamorizing of the profession. He went to Stratford Chefs School and worked in kitchens in Vancouver, New York and Toronto before he won Top Chef Canada last year. "It's a difficult process to make it on the show in the first place and I think that the production company does a pretty good job of picking the best of the best," Mr. Heinrich says.

The trouble is not the Food Network, Mr. Heinrich says, but the restaurant boom. "The reason that it's hard to find good, hard workers here is because there are so many restaurants and the talent pool is so thin."

The federal government has recognized the shortage. This week, Human Resources and Skills Development Canada revealed that cooks are among the leading categories of temporary foreign workers in Canada. In 2011, more than 6,000 cooks and chefs received permission to work in Canada, almost a third of all the foreign workers to get permits that year.

Over in Little Italy, Grant van Gameren, chef/operator of the 70-seat Spanish restaurant Bar Isabel, which opened in March, says he has seen the market for cooks tighten up. "It was easier five years ago when we [he and Jen Agg] opened The Black Hoof," he says. "Since then, everyone and their cousin, including all my friends, have opened up small DIY restaurants," says Mr. van Gameren, who is 31.

"In our generation of cooks, we were all about training and apprenticing for years. Now, in four or five years, everyone is trying to do their own thing. It used to be you'd post a job and get 100 résumés. Now it's like three or five. I'm still looking for one or two more people and it's been tough to find them."

Recently, Mr. van Gameren got lucky with the hire of line chef Keiren Buck. Mr. Buck is a 26-year-old with aspirations to open his own restaurant (a bakery; bread is his forte). But he's willing to sweat through an apprenticeship at Bar Isabel, learning under Mr. van Gameren and his chef de cuisine, Brandon Olsen. "I love it even though the hours are insane," says Mr. Buck, who starts at 11 a.m. and works until 3:30 a.m. many days. "Brandon's my mentor and he's had a big impact on my career. Because of him, I want to keep on pushing to more interesting and complicated cuisine.

"Working the line for 15 years just to open your own place up is pretty rough on your body," Mr. Buck says. "Hopefully, I'll fulfill my bakery dream before that, but I know it's probably still a few years off."

Mr. Hopgood, 34, paid his dues cooking for 14 years before opening his 52-seat restaurant 18 months ago. "My dad always used to ask me why I was working for $8 an hour," he says. "The goal I set for myself was to have my own place when I was 34. I did it, and now my dad understands why I put in that work.

"You have to do the grunt work because that's what is recognized by peers who are going to hire you and point you in the direction of success at restaurants that are making names for themselves."

With files from Amber Daugherty

Ten of the best places to eat just west of Toronto 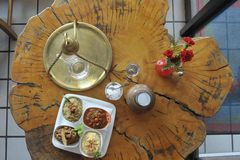 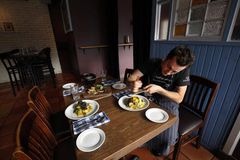 In Regent Park, a restaurant strives to sustain a community’s hopes 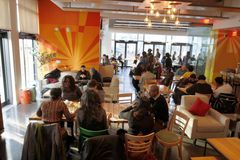 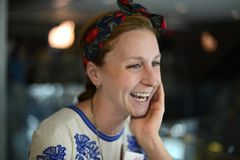 How Toronto’s financial district is getting great food 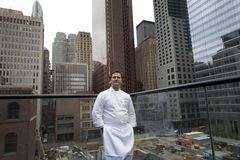 Toronto mixologists are raising the bar 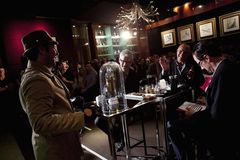