When in the audience of "rock star" political philosopher Michael Sandel, you may find yourself being asked to put a price tag on human life. To make a case for cannibalism. Or just explain why the rich world should pay for climate change.

Dr. Sandel, a Harvard professor and international lecturing sensation, is known for incorporating the audience in his talks, asking them to make seemingly impossible choices and then defend them.

His popularity stems from his way of relating questions of political philosophy to current issues of justice, ethics, democracy and economics.

He will be speaking in Toronto Monday night as part of 6 Degrees Citizen Space, an annual three-day event of lectures, discussions and research on topics of inclusion and citizenship.

His talk will focus on the future of democracy and will ask if populist movements reflect hostility to immigrants or if they are a legitimate reaction to rising inequality.

The conference centrepiece is the Adrienne Clarkson Prize for Global Citizenship, which will be awarded to Chinese artist Ai Weiwei.

The Globe and Mail is a media partner of 6 Degrees Citizen Space and spoke with Dr. Sandel.

When you speak on the future of democratic discourse and immigration, how do you expect to be received in a place such as Toronto?

At a time of hardening attitudes toward immigrants and so-called outsiders, Toronto is a shining example of a pluralist place that welcomes immigrants and appreciates the civic importance of pluralism and diversity. I'm hoping to engage with the participants in the conference to explore ways that democratic societies everywhere can learn from the best examples of places that welcome and nurture pluralism, civility and mutual respect.

In terms of pluralistic and democratic societies that are nurturing, who is doing best?

I think that Canada is perhaps doing better than most of the rest of us. In many democratic societies, we see a populist backlash against a version of globalization that over the past three decades has heaped its greatest rewards on those at the very top but left ordinary citizens feeling left out and disempowered. This frustration and sense of disempowerment, in the wake of rising inequality, has fuelled the populist backlash and it's also called forth some dark and dangerous sentiments: xenophobia and strident nationalism. We've seen the drift toward authoritarian politics in other places that once offered democratic hope.

When Donald Trump spoke Monday at the United Nations on shifting the focus to people from bureaucracy, how might that affect the populist backlash?

I would put it more generally. Trump was elected using populist rhetoric during his campaign and he presented himself as the defender of the working class against elites. That was right at the heart of his campaign. Since he's become President, he's actually not governed as a true populist.

Some have called him a plutocratic populist because he has populated his administration with many very wealthy people drawn from the financial industry and big business and many of the policies he is pursuing are antithetical to the interest of his working-class constituencies. For example, he tried to pass a so-called health-care reform that would have repealed the one that Barack Obama was able to enact. The Trump alternative health proposal would have denied many of his own working-class supporters their health care. The nationalistic rhetoric is still present, but the actual policies so far have done very little to help his working-class supporters.

Do you think there's a historical precedent for these moral and political arguments being made right now?

Many people worry the authoritarian turn of some democratic societies is reminiscent of the 1930s. I think it's too early to draw that conclusion but I do think that the authoritarian and xenophobic aspects of the populist backlash are very worrisome and raise hard questions about the future of democracy.

I think we need to pay very close attention to the populist backlash and the authoritarian tendencies that we see in democratic societies. And this is all the more reason to ask for the responsible parties to ask themselves how best to address the legitimate grievances that have fuelled the populist protest, and, in particular, we need to ask ourselves: How can we contend with the rising inequality and social exclusion that global capitalism over the last three decades has contributed to? The answer goes back to creating a more robust kind of public discourse, more inclusive and more deeply engaged with big questions of justice, equality and inequality and what it means to be a citizen. 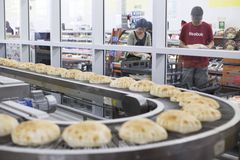 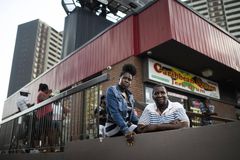 On the Toronto sign, read six-word stories about the Six for Canada 150
September 22, 2017 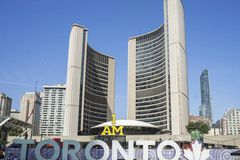