The next few days in Toronto are going to feel hotter than Cairo and more sweat-inducing than Kabul, Afghanistan's capital. Athens will feel like a breezy spring day.

Toronto is waking up to a muggy heat wave that's set to last until Saturday, with temperatures in the low 30s. Already this summer, the scorching temperatures have prompted 11 heat alerts and four extreme heat alerts, according to the city's medical officer of health.

Environment Canada is calling this next one the "most significant heat wave of the summer."

Related: How to beat the heat and keep your pets cool

The temperatures aren't particularly bad by historical standards, said David Phillips, senior climatologist at Environment Canada. Instead, it's the humidity that makes it feel so much worse. "You can cut [the air]," he said. "It's [hot] morning, noon and night." The next three days will feel warmer than 40 C, thanks to humidity. 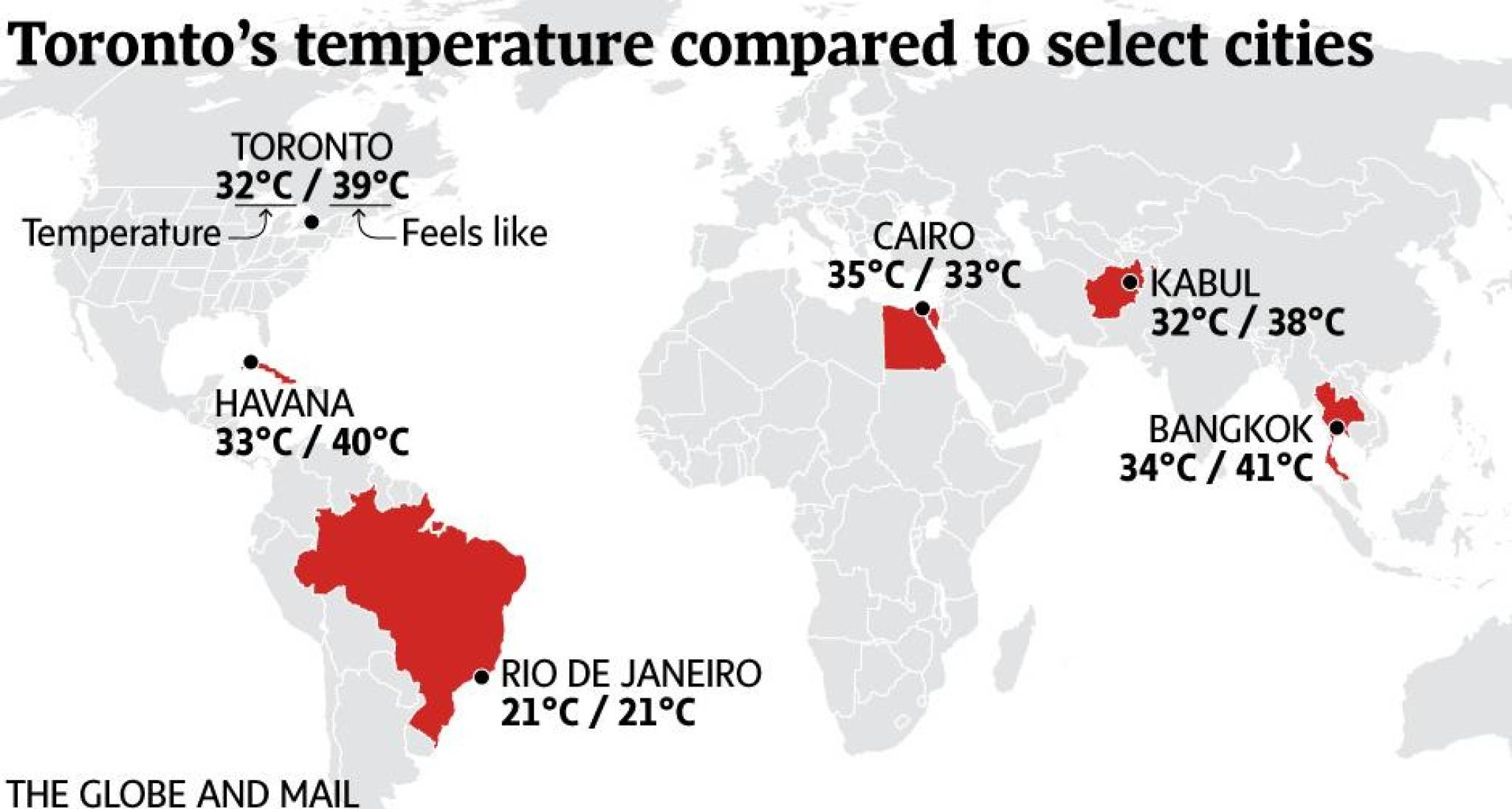 Even the trains are impacted. GO Transit has put its trains under a "slow order" due to the heat, adding several minutes to trips on the system. Temperatures as high as those facing the region have the potential to create "sun kinks" - bends in the steel that are dangerous if trains travel over them too quickly.

But suffering Torontonians can take heart knowing they are not alone. Bangkok is wading through a swampy 34 degrees that feels like 41, while Havana feels like 40. And although Dubai sits at 41, it feel likes a blazing 52 for residents venturing outside.

One of the culprits behind Toronto's latest heat wave? Perspiring corn.

"Believe it or not, crops sweat," Mr. Phillips said. Air streams move north and as they travel, they gather the moisture released from plants such as corn and soybeans. This "sweating" is part of the natural process of evapotranspiration – when moisture is drawn from the soil and released by plants into the air, increasing humidity.

While it's been humid in Toronto, to date there have been 26 days with temperatures above 30 degrees. By this time last year, there had been only nine, Mr. Phillips said. By the end of the week, he believes the city will have have reached 31 days breaching 30 degrees.

And there's been little relief in the form of rain. Tuesday marked the driest period from May 1 to Aug. 9 over the last 79 years in Toronto. Just 107 millimetres of rain fell this year over that period, 44 per cent of normal rainfall.

For those without air conditioning, the city has seven official cooling centres and is extending hours for indoor and outdoor public pools to help residents cool off.

But other than escaping to an air-conditioned room or lounging by the pool, there aren't many options for residents when humidity is involved. Unlike other countries that have adapted hundreds of years of suffering into their architecture and habits, Canada is still learning.

Over generations, Iranian architects perfected the design of their structures to be naturally cool in the summer heat, expertly directing and deflecting air currents to create a pleasant temperature.

In Turkey, drinking hot tea is thought to cool a person down – a counter-intuitive endeavour, but effective nonetheless. The University of Ottawa's Thermal Ergonomics Laboratory confirmed in a study that drinking a hot beverage could cool down the body, but with caveats: "Under conditions permitting full sweat evaporation, body heat storage is lower with warm water ingestion." This only works in arid places and allows for full evaporation of sweat, the researchers say.

This summer may be hot, but Toronto has survived worse.

In July, 1936, the worst heat wave ever recorded struck the heart of the American Midwest, slowly creeping north to Ontario, without a modern air conditioner in sight.

When it reached Toronto, it sent temperatures to 40.6 degrees for three straight days. The death toll was 225, says Heritage Toronto, the highest number linked to a specific event since the flu pandemic in 1918. And in an indication of just how bad it was, on July 12, the city allowed the Lord's Day Act – which prohibited commerce on a Sunday – to be lifted, clearing the way for ice sales.

Canada has a complicated relationship with the summer – as a winter country, it hasn't yet figured out how to make sense of the heat.

"It's this puritan theological meteorology that exists. People think, 'Oh we're owed this' or 'Oh boy, are we going to pay for this. This is going to be the winter from hell, because we had such a warm summer,'" Mr. Phillips said. "Nope."

Residents are instead left to the vagaries of weather, although with unrelenting heat this summer, the city will probably start believing it's finally owed something. 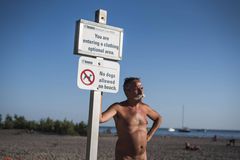 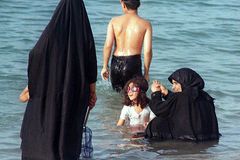 The stories of Canadians who escaped from the urban rat race
August 3, 2016
Follow us on Twitter @globetoronto Opens in a new window
Report an error Editorial code of conduct
Due to technical reasons, we have temporarily removed commenting from our articles. We hope to have this fixed soon. Thank you for your patience. If you are looking to give feedback on our new site, please send it along to feedback@globeandmail.com. If you want to write a letter to the editor, please forward to letters@globeandmail.com.
Comments