Making road crews work around the clock to repave a street not only gets the job done faster, it's apparently much cheaper.

As Toronto braces for what officials are warning will be one of its busiest road construction seasons in recent memory, a city report that reviewed roadwork projects from last year says using a 24-7 approach actually cost 10 per cent to 20 per cent less than expected – with the work done 50-per-cent faster.

The cost savings, said Michael D'Andrea, the city's executive director of engineering and construction services, come from the fact that contractors running a 24-hour, seven-day-a-week site do not have to clean up or move their heavy equipment in and out each day. The result is a big boost in productivity that apparently outweighs overtime charges and other costs associated with round-the-clock work.

"Once they get going … they are just basically working day and night to get the job done," Mr. D'Andrea said.

This year, he said, the city has targeted 36 of its 85 major road and water projects to be scheduled for some sort of accelerated work hours – either 24-7, overnight work or extended work hours of 14- to 17-hour days.

Not every project can be worked on 24-7. Roadwork that's too close to residential areas, for example, could generate too many noise complaints. And even the traffic impact of a shorter but complete 24-hour-a-day road closing in some cases is too great.

The city report reviewed 11 pilot projects from last year, two of which were classified as 24-7, with work on the others done either only overnight or in extended shifts.

It points out that overnight work is least disruptive for traffic, as construction only takes place from 7 p.m. to 6 a.m., when many fewer cars are on the road. But it did not speed up projects – in some cases, it took longer – and it cost 5 per cent to 15 per cent more than projects with conventional day shifts.

Speeding up roadwork to fight traffic gridlock was a key plank in Mayor John Tory's 2014 election campaign, when he pointed to the common practice of 24-hour construction in New York and other cities. He has also championed spending more than $3.4-million extra to speed up work on the Gardiner Expressway, which is expected to shave three months of lane closings off the project.

"As usual, it's a case of finding the right balance," Mr. Tory said on Monday. "I think, by and large, it's worked very well, but there are instances I can name to you where we've had noise complaints as a result."

Councillor Jaye Robinson, who chairs the public works and infrastructure committee, said she would push the city to keep expanding the number of projects it puts on accelerated hours. Drivers and residents will notice a difference over the long term, she said.

"It's just the bane of city's existence, the old joke: We have winter and the other season is construction," Ms. Robinson said. "But I feel if we can keep this going and council continues to support it – and I am going to be pushing very hard for this – this will be transformative for the city over time."

Industry experts warn that working crews all night, or in longer shifts, is not a panacea. Noise complaints are a major limiting factor, said Andy Manahan of the industry group Residential and Civil Construction Alliance of Ontario, as Toronto's condo boom has resulted in a dwindling number of purely industrial districts where roadwork won't keep anyone awake.

"I think the bottom line is, it can probably be used in rare circumstances, but it's not going to be an across-the-board solution to finishing projects faster," Mr. Manahan said.

City officials have warned that this year's construction season is going to be busier than most, since many projects were deferred last summer to make way for the Pan-Am Games. 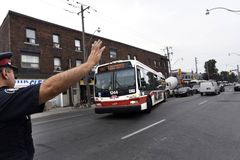 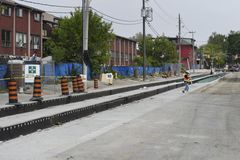 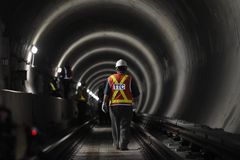