Condominiums and dogs are inseparable from most street-level views in downtown Toronto. Whether canines are allowed through the front door is another story and, at times, a bone of contention.

The latest incident involving condo residents and their dogs occurred at two CityPlace buildings this week. A five-member condo board at 3 Navy Wharf and 5 Mariner Terrace passed a rule on Thursday that bans pets, with a grandfather clause attached. When the proposal was unveiled earlier this month, a petition – written by a resident of one of the buildings – attempted to drum up opposition, referring to the prospect of a ban as "draconian" and unfair. To quash the proposal, a majority of 15 per cent of owners would have had to vote against.

The issue has exposed one of the more delicate tensions of condo living, leaving dogs in the crossfire.

"It's one more way to discriminate against animals," said Nicole Zand, an eight-year condo owner at 3 Navy Wharf, who was walking her pocket-sized Chihuahua through the complex's dog park – a small, graveled strip tucked away behind one of the buildings. "You can't let dogs into most places in Toronto already."

Others believe owning a dog comes with a caveat. Special consideration and responsibility is owed not only to dogs, but neighbours of a condensed housing complex, says Uzo Menakaya, another resident of the same building.

"If your dog is vicious, definitely get it muzzled," he said. "Sweeping dog [poop] off a balcony, that's obviously a problem. If you're going to have a dog, just make sure you're taking care of your pets."

Some pet-less residents aren't perturbed by sharing spaces with dogs – they welcome them, in fact.

"I don't have an issue with it," said Jason Jose, from 5 Mariner Terrace, located a stone's throw from the adjacent condo. "I think it creates a good community to have pets around."

Unsurprisingly, those eager to experience downtown condo living must shop for a space that accommodates their dogs. This might not seem like a tall order given the surplus of condos to choose from. But even if dogs are allowed in a building that could change over time, says Christopher Jaglowitz, partner at Gardiner Miller Arnold LLP, a law firm with a specialization in condominium law.

Condo boards, made up of at least three elected directors, function at the disposal of the communities they represent – democratic microcosms of sorts. Sitting on the board is a voluntary position and changes tri-annually, and condo units change hands themselves.

With this in mind, a pet ban, Mr. Jaglowitz says, can be justified if a majority of unit owners come forward with complaints.

"It may be that pets are or are not consistent with how that community is set up: how it's physically laid out, the demographic of the people," he says. "We do see cases where condo boards are changing. They might phase out having pets in the condominium if people have not taken care of their pets responsibly.

"The largest sources of disputes in condominiums are people, pets and parking," he added.

Gary Pieters, president of CityPlace Residents' Association, says there are many pet owners living in both buildings. Over the years, he has heard complaints of dogs being pent-up in condo units soiling carpets and ripping up communal areas. Banning them, he says, has still "amplified tensions between the board and pet owners. People who have pets in 2016 treat them as family members. The decision will likely have implications. A ban on anything involving someone's home has implications." 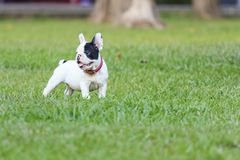 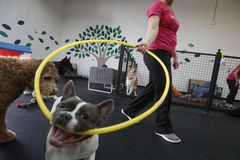 How climate change can affect our pets
February 5, 2016 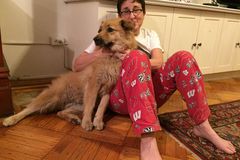