An elite downtown Toronto high school with a long affiliation to the University of Toronto is optimistic they will get to stay in their century-old building as they negotiate over use of the property.

University of Toronto Schools has been in the building at 371 Bloor St. W. since it opened in 1910. In 2011, administrators at the university, which owns the three-storey structure, told UTS they would have to vacate the premises by 2021 while the university redeveloped the property for its own use. A group of alumni, parents and students fought the decision and last week UTS sent out an e-mail to alumni announcing they were making progress on keeping their home as the university mulls over plans for the future of the site.

"UTS and the University of Toronto each have committed to working towards what they hope will result in new formal arrangements regarding the affiliation between U of T and UTS and, in particular, approval of both parties to the redevelopment of 371 Bloor Street West," read the e-mail, signed by Jim Fleck, the chair of the UTS board of directors, and UTS principal Rosemary Evans. The note also indicated both parties are committed to preserving the building's façade as redevelopment plans go forward.

Originally, UTS was conceived as a kind of training grounds for student teachers at U of T. The two institutions have a formal affiliation, which is set to expire later this year. While both parties say they're optimistic they can come up with a redevelopment plan for the property that suits all of their needs and renews their affiliation, there are no set plans or guarantees that UTS will remain in the building.

"The best case scenario is that we address how to develop the site that leads to what UTS needs and what the University of Toronto overall needs," said Scott Mabury, U of T's vice president of university operations. He said the university is still deciding how they would like to use the space and whether or not their needs can balance with those of UTS. Mr. Mabury estimated a redevelopment plan won't be finalized until well into the fall.

"There's a chance that we can't reach agreement on all of these things."

Mr. Mabury said the Bloor Street redevelopment is the school's number one priority, though the university has a number of projects on the go. This week, the Ontario Municipal Board ruled in favour of U of T in its proposal to build a 25-storey, privately-operated student residence on College Street, a decision that rebukes the recommendation of city planners.

On the Bloor Street site, talks have improved radically from 2011, according to John Duffy, vice-chair of the UTS board of directors and an alumnus of the school, as well as a parent of a student currently attending the school. He said while the university has helped the high school scour the city for other possible locations, they have their heart set on the historic downtown site.

"In the end, there was just no question," Mr. Duffy said. "There's just no comparison to being at Bloor and Spadina and nesting firmly both geographically and administratively in the U of T community." 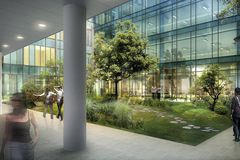 Sam the Record Man sign could find home at Toronto Public Health
May 12, 2018 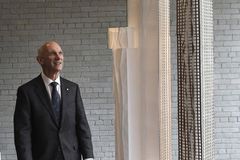 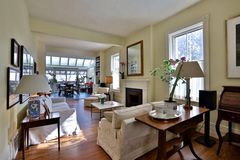 Tiny downtown Toronto enclave has a big story to tell
May 12, 2018 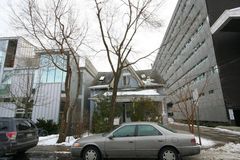