The lawyer who led the charge against Toronto Mayor Rob Ford in the conflict-of-interest case that nearly ousted him from office will ask the Supreme Court of Canada to hear a last-ditch appeal, arguing that a lower-court ruling hinged on a technicality and the matter is of "national importance."

Clayton Ruby will file his leave to appeal to the country's highest court Friday. Mr. Ford's counsel will have 60 days to respond and Mr. Ruby said a decision on whether the Supreme Court will hear the case could take months more.

Mr. Ruby, who represented Paul Magder, the citizen who filed the conflict complaint against the mayor, said he was compelled to seek leave to appeal because "holding politicians to account is a matter of importance to all Canadians."

"When the most powerful politician in Canada's biggest city ignores everyone – his own integrity commissioner, the council, his own supporters – and hits up lobbyists for money for one of his private interests, well, are we supposed to sit back there and do nothing? Are we supposed to just let it go? Well, we cannot let it go," Mr. Ruby said at his office Thursday.

The conflict-of-interest case centred on a vote in February of last year by Mr. Ford to let himself off the hook for failing to repay $3,150 in improper donations to the Rob Ford Football Foundation, which provides football equipment for underprivileged high schools. An earlier investigation by the city's integrity commissioner found the donations came from lobbyists and a corporation doing business with the city and recommended Mr. Ford be asked to repay the money himself. Council agreed, voting to impose the penalty in August, 2010, a few months before Mr. Ford swept to the city's top job.

In November, an Ontario Superior Court judge ordered the mayor removed from office, ruling Mr. Ford violated the Municipal Conflict of Interest Act by speaking to and voting on the item.

The Ontario Divisional Court overturned that ruling in January. A three-judge panel ruled council did not have the authority to ask the mayor to pay back the funds.

Mr. Ruby's 28-page application says the City of Toronto Act provides authority for the imposition of two penalties for a code-of-conduct breach: a reprimand, or a suspension of money paid to the public office holder.

When the city established the code of conduct, he said it included additional powers, including the repayment of money received.

"They [the Divisional Court] said you can't use that. We say that's just not the law," Mr. Ruby said.

The application also says that just because the Divisional Court ruled council did not have the authority to impose the penalty doesn't mean everything that followed – including Mr. Ford's vote on the matter last year – was null and void.

Mr. Ruby said the Municipal Conflict of Interest Act was still in effect at that time.

Though he said the case could affect councils across the country, Mr. Ruby admitted having such an application heard by the Supreme Court is a long shot – about 70 are taken each year out of approximately 1,000 applications.

Mayor Ford, who denied wrongdoing, said after the Divisional Court decision he was humbled and touched by the support he received.

However, another conflict of interest complaint was filed against him this month, when it was revealed letters were sent from his football foundation to lobbyists.

Mr. Ruby said Thursday the Divisional Court has reserved its decision on costs.

Mayor Ford declined to talk about the application when approached by a Globe and Mail reporter Friday.

His lawyer did not immediately return a message seeking comment.

Asking mayor’s opponent to pay his costs would be ‘embarrassment’ to justice, lawyers say
February 25, 2013 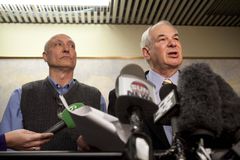 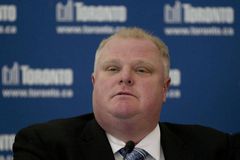 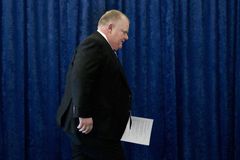