The notion of creating a museum of Toronto history has been kicking around for years.

Toronto has a number of great little history museums, like Mackenzie House on Bond Street, the restored home of William Lyon Mackenzie, the city's first mayor. But none gives a sweeping view of its past, from the days of aboriginal settlement to the Great Fire of 1904 to the galloping spread of suburbia in the 1950s and 1960s.

That sets Toronto apart from places like Vancouver, Montreal, New York, London or Paris that boast excellent museums of civic history. It also says something about how this city has often ignored, even trashed, its heritage in the rush to grow.

Various groups under several mayors have tried to muster the will to create a Toronto museum. The result, says Diane Blake, has been little more than "yak, yak, yak, yak."

"For all sorts of reasons – money, politics – the thing has just sort of fizzled out." She aims to change that. She and her husband, financier Stephen Smith, are putting their money and clout behind a new effort to set up the first museum to celebrate Toronto history in the round.

Mr. Smith is chief executive and co-founder of First National Financial, Canada's largest non-bank mortgage lender. He is also chair of Historica Canada, a group that works to spread awareness of Canadian history. It is responsible for the Canadian Encyclopedia and television's Heritage Minutes.

Ms. Blake got the history bug in her native England, visiting stately homes on car trips with her parents. She came to Canada in 1983 to work for the Ontario government as a computer-systems analyst, moved on to Ontario Hydro, went to library school in the 1990s and did archival work for the Royal Canadian Yacht Club. She met Mr. Smith, appropriately, at a party at the Fort York armoury in 1984.

After all their good fortune, the pair were looking for a way to give back. Over dinner a couple of years ago, a friend lamented the fact that Toronto had no history museum. They decided "that would be a really good project to get behind."

The couple has established a registered charity, the Museum of Toronto, and given it some "seed money" to get going. (How much? "Enough," says Ms. Blake with a smile.) The organization has hired two staff: an executive director and a director of programming. They have been working on a logo and branding. The next step is to unveil the project to the media in May. Then comes some kind of launch event in June.

After that, it gets a bit of foggy. Where the museum would go or what it would contain are open questions. Sipping peppermint tea at a Yorkville café, Ms. Blake freely admits that the whole project is a leap of faith in a place like Toronto. "Gosh, the city can't even get the blasted trains to run, right?" she says with a laugh, admitting she almost feels sorry for the poor old TTC.

The campaign to create a Toronto museum goes back at least to the 1960s. It is always an idea whose time has come that nothing ever comes of.

One proposal would have put the museum on the site of the old Canada Malting silos on the waterfront at the foot of Bathurst Street. Another would have seen its exhibit hall under a glass roof in the courtyard of Old City Hall.

The most recent placed it to the north of Casa Loma, in the annex that contained the castle's stables. In each case, either the space was wrong or the money short.

The Canada Malting proposal, which carried a $100-million sticker, fell apart in the fallout from the 2008 world financial crisis, which made the idea of raising private funds implausible.

Ms. Blake says that given the star-crossed history of the project, she and her husband decided to take a different approach. Instead of fixating on where to put a museum, they want to start by building an organization and gathering momentum. The building can come later.

In the meantime, the Museum of Toronto will work on Web resources, pop-up history events and other tactics for reaching a wide audience, including youth.

Ms. Blake doesn't want the project to appeal only to the blue-rinse set or moneyed downtowners. She doesn't want to it to be all about the War of 1812 or John Graves Simcoe, either.

Toronto's boutique museums, from Spadina House to Fort York to Black Creek Pioneer Village, already cover off ye olde Toronto pretty well. "A modern museum is all about contemporary life, too. It's also about yesterday and next week."

She can foresee mounting an exhibit in Scarborough on, say, immigrants who came there after the Second World War and how they established themselves.

Ms. Blake argues that with its many divisions – between suburbs and downtown, newcomer and old-stock, rich and poor – Toronto needs to focus on its shared past.

"It unites the city, or that's what I would hope. It would bring people together, so that everyone would have a deeper understanding of their fellow Torontonians."

Can her project succeed where so many have failed? Who knows? But she says that friends and supporters are telling her to stick with it.

"People just say, 'This has been on the go for so long, like, just get out there and do something.' So that's what we're really trying to do." 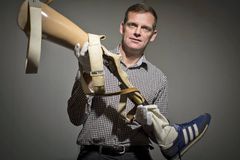 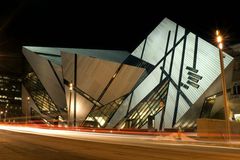 Crystal Myths: Behind the ROM's philanthropic façade
March 27, 2015
Follow Marcus Gee on Twitter @marcusbgee
Report an error Editorial code of conduct
Due to technical reasons, we have temporarily removed commenting from our articles. We hope to have this fixed soon. Thank you for your patience. If you are looking to give feedback on our new site, please send it along to feedback@globeandmail.com. If you want to write a letter to the editor, please forward to letters@globeandmail.com.
Comments