As questions persist about why two TTC buses were yanked off their routes to shelter a team of wet football players, the man at the centre of the controversy, Mayor Rob Ford, told critics not to look to him for answers.

Mr. Ford shot down suggestions Monday that he had a hand in an emergency call from police for the "shelter bus" to ferry home his Don Bosco Eagles last week. The request, made by police on the sidelines, came after the game was cut short in the final minutes because of an altercation between an opposing coach and a referee. It set off a chain of events that led to two buses – one full of passengers – to abandon commuters in the rain so they could rush to the aid of the teenage boys who had a bus scheduled to pick them up within the hour.

"I'm as clean as the days are long," Mr. Ford declared during a spirited exchange with reporters.

As Mr. Ford attempted to turn the page, Toronto Police Chief Bill Blair was asked to account for his force's actions. Councillor Michael Thompson, vice-chair of the Police Services Board, said he and other board members have asked for a report on the incident at their meeting next week.

"I can unequivocally tell you it should not have happened, and in fact I would want to understand why it happened," Mr. Thompson said.

School officials also are investigating what took place at the end of the match with Father Henry Carr Catholic Secondary School. Brian Riddell, executive director of the Toronto District Catholic Athletic Association, said an assistant coach from Carr was ejected after he took to the field and refused to leave.

The coach, a teacher, will appear before a disciplinary committee this week or next and cannot coach in the interim, he said.

TTC chair Karen Stintz said the riders who were kicked off the bus are "owed an apology." She said the first bus was taken from the Finch West line and was full of passengers. The second bus, she said, was taken from Martingrove near the end of its route and was empty.

The TTC is reviewing its policies around shelter buses after last Thursday's incident, but Ms. Stintz doesn't expect major changes. Right now, the TTC does not question requests from emergency services, something that happens twice a week on average. The fire department requested a shelter bus Monday, she said.

"If the police and fire ask us for the bus, we're going to send the bus. And we will continue to do so, as we did today," she said.

Mr. Ford did place a call to TTC chief executive officer Andy Byford when the driver of the first bus couldn't immediately find the football field to ask about the delay.

"I was assisting the police. It's very simple," Mr. Ford said when asked about a voice-mail he left.

Ms. Stintz said she was not privy to the call, but understands the mayor was expressing frustration that the bus had not arrived. "I don't think there is anything inappropriate about the mayor phoning the CEO of the TTC to find out why a bus has been delayed if it is a shelter bus and it is an urgent situation," she said.

Ms. Stintz said she can confirm the police made repeated calls to transit control to find out where the bus was.

Transit union head Bob Kinnear said that call is evidence the mayor was looking for special treatment. "Anyone who believes he wasn't trying to influence Andy Byford is dreaming," he said. 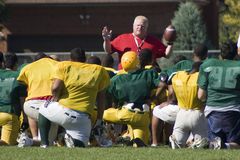 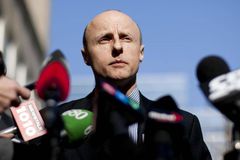 Transcript: Rob Ford's comments about school bus controversy
November 5, 2012
Follow Elizabeth Church on Twitter @lizchurchto
Report an error Editorial code of conduct
Due to technical reasons, we have temporarily removed commenting from our articles. We hope to have this fixed soon. Thank you for your patience. If you are looking to give feedback on our new site, please send it along to feedback@globeandmail.com. If you want to write a letter to the editor, please forward to letters@globeandmail.com.
Comments