Toronto Mayor John Tory is keeping alive the possibility of the city launching a bid for the 2024 Summer Olympics as he begins to meet quietly with civic, business and union leaders to gauge their support.

This process was described by a source close to the potential bid as a "soft what-do-you-think" exercise in the days leading up to Sept. 15, the deadline for submitting a letter of interest to the International Olympic Committee (IOC).

It follows a 40-minute private meeting Tuesday at city hall between Mr. Tory and two key Olympic proponents – Canadian Olympic Committee president Marcel Aubut and Bob Richardson, a Toronto businessman, who was a senior member of Toronto's unsuccessful bid for the 2008 Games and the co-chair of Mr. Tory's successful mayoralty campaign.

At that meeting, Mr. Tory was briefed by Mr. Aubut about the new rules and procedures for launching an Olympic bid. Mr. Aubut returned in late July from IOC meetings in Kuala Lumpur, where the new procedures were explained to officials. The mayor was also told about previous bids and how they had worked.

"This is part of the consultation and due diligence the mayor committed to undertake," Amanda Galbraith, Mr. Tory's communications director, wrote in an e-mail.

No decisions have been made yet on whether the mayor will submit a letter of interest, she noted. "Toronto is in the midst of hosting the Parapan Am Games … he is focused on their success," she wrote. "Any further discussion about a possible Olympic bid would take place after the close of these Games."

The Parapan Am Games close Saturday. As were the Pan Am Games last month, they are being considered a huge success and have provided a catalyst for renewed interest in a Toronto Olympic bid.

"If 100 per cent of the people came back and said, 'This is a bad idea. Don't do it,' I don't think he'd do it," the source said, referring to Mr. Tory. However, more than a dozen IOC officials came to Toronto for the Pan Am Games and left impressed, according to the source. Many sports federation presidents were through, as were 40 to 50 presidents of national Olympic committees.

"So we had a pretty large gathering of influential folks and the feedback was obviously very positive," the source said.

As well, a recent public opinion poll, for example, showed that 73 per cent of residents in the Greater Toronto Area supported bidding for the Summer Games.

Submitting a letter of interest would trigger formal consultations and a plan proposal. It would be subject to the approval of Toronto City Council.

Toronto would be bidding against Rome, Hamburg, Budapest and Paris. It also appears that Los Angeles could be among the bidders. Boston recently dropped out, allowing the California city to vie for the Games. It's considered to be Toronto's main competition.

It is not yet clear how much this would all cost. Media reports in January, 2014, estimated a formal bid could cost $50-million to $60-million. Since then, however, the process for bidding has been streamlined by the IOC, making it cheaper and more straightforward.

Fewer presentations are required and the bidding time has been shortened significantly. For example, Toronto organizers worked for more than three years bidding for the 2008 Games, making presentations at numerous international sports events and other meetings, where the bidders were expected to host expensive suites.

In the end, the IOC awarded the Olympics to Beijing.

"If we were to get in after a city council vote, it would be less than 24 months," the source noted. "I think what they [the IOC] have done is really lowered the temperature."

In addition, the old rules for venues were rigid, so that the new cycling track in Milton, Ont., and the aquatics centre in Scarborough would not have been acceptable. Under the revamped procedures, the venues could be used, which would save millions of dollars in new infrastructure if Toronto were successful. 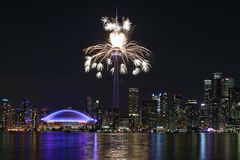 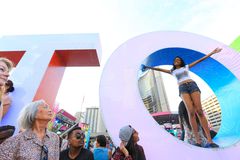 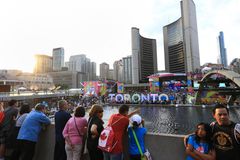