A woman stabbed in the heart in a downtown Toronto Shoppers Drug Mart on Friday afternoon is fighting for her life, police say, while the woman suspected in the crime remains on the loose.

On Monday, police released a photo of 40-year-old Rohinie Bisesar, a well-educated woman who is often in Toronto's financial district, in connection with the crime. They warned the public that Ms. Bisesar is dangerous and should not be approached, asking people to call 911 if they see her.

"She stabbed a complete stranger in the heart, putting her in grave condition in the hospital," said Constable David Hopkinson of the Toronto Police Service. "I'd call that dangerous."

Police have few theories about what prompted the crime, which is considered an attempted murder. They have not yet interviewed the victim, said Const. Hopkinson, but the stabbing appeared to be random.

"We have no indications that they've ever even seen each other," he said.

Police were called to the drugstore at Wellington and Bay streets, part of the underground PATH system, at 2:55 p.m. on Friday. Police said Ms. Bisesar is known to frequent the nearby financial district, and Const. Hopkinson said she appears to be well-educated.

A LinkedIn profile of a woman with Ms. Bisesar's name and a similar appearance describes her as a financial analyst with three university degrees.

In surveillance camera footage from Friday afternoon, the suspect is wearing a black suit with a lavender dress shirt and is carrying a shopping bag. Police said she was believed to have come to the drugstore armed with a knife and approached the victim inside the store.

Const. Hopkinson said he had no further details about what kind of weapon was used and said Ms. Bisesar had no known connection to previous crimes in Toronto. 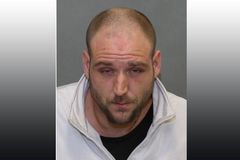 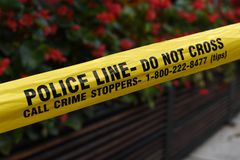