Laura Boudreau's precocious first child began talking early. She expected her second to do the same, but instead she and her husband waited and waited for Miller to say his first word.

Worried he might have a speech delay, Ms. Boudreau put her then-14-month-old son on the waiting list last summer for Toronto's free preschool speech and language program. Soon after, his pediatrician confirmed that his communication skills were indeed lagging behind.

But it took seven months to get a spot for Miller in a group session that Ms. Boudreau sees as inadequate – especially compared with the private speech therapy she paid for while waiting.

Despite current recommendations urging early intervention for late talkers – rather than the old wait-and-see approach – Toronto's Early Abilities' speech and language program is saddled with long waiting lists and has fewer therapists than in previous years.

"That is centrally my chief complaint. I see Early Abilities as being so at odds with itself. Even on its website, it says: Don't wait and see, act now," Ms. Boudreau said. "I don't understand how early intervention is occurring if your child is on the waiting list for a third of his life."

While publicly funded services often have lengthy waiting lists because of budget constraints, parents say the stakes are too high for chronic delays when it comes to the development of critical communication skills in young children. The delays also raise equity concerns: While some families turn to private speech-language pathologists, many cannot afford such costly treatment.

"It's really frustrating as a parent," said Amanda Lee, whose 20-month-old daughter waited nine months to start speech therapy. "Clearly they're massively underfunded. They need to be able to do more."

Early Abilities' current wait times range from five to 11 months between referral and intervention, which officials say is an improvement over past years. The program – which helped 8,000 children last year, almost 1,000 more than the year before – receives more than 4,500 new referrals annually and offers some children therapy for as long as three years. Children are eligible until they start junior kindergarten, when they start to receive support through the school system.

While the city tries to deliver the services in a timely manner, it doesn't have enough funding, said Nancy Chisholm, an Early Abilities manager. The program is part of Toronto Public Health but is funded by the provincial government.

"Unfortunately, the demand for speech and language services exceeds the supply of services. Even with the recent funding increase from the Ontario government, the Toronto preschool speech and language program remains underfunded for what is needed to reduce wait times for assessment and intervention for preschool children," she said in an e-mail.

Toronto's program receives $8-million a year from the provincial government, which includes a funding increase of $1.273-million since 2014. Despite the extra money, there are three to five fewer staff positions than there were five years ago because of rising costs, Ms. Chisholm said.

Asked about the long waiting list, Ann Doose, a spokeswoman for the Ministry of Children and Youth Services, said: "Our government is committed to responding to the individual needs of children and families and we will continue to work with the City of Toronto to provide supports that get children into services as quickly as possible so they are successful and can reach their full potential."

About 10 per cent of children have delayed speech and language skills in their preschool years. Experts say these children catch up fastest and suffer fewer long-term problems with self-esteem, behaviour, learning, social skills and reading when they receive early interventions.

While Early Abilities offers different types of services, Ms. Boudreau's and Ms. Lee's toddlers were enrolled in six group sessions with a total of three children. Resembling a play group, the weekly classes are led by a facilitator who urges youngsters to speak using familiar activities such as circle time and snack time and also teaches parents strategies to use at home.

Ms. Lee's daughter Zahra started the program in January as a quiet 19-month-old who sometimes went a whole day without babbling and had just three words – Mommy, hi and bye – instead of the expected 20. After attending two classes, her vocabulary had increased to 14 words.

"I actually think the service is really good. It's just difficult to access, and you don't get very much of it, so it's unfortunate," said Ms. Lee, a 42-year-old occupational therapist.

She began to worry about her daughter's language skills when she wasn't cooing at two months and continued to lag behind in other milestones, including forming vowel sounds and babbling. When her daughter was nine months old, Ms. Lee took the Early Abilities online screening test. Zahra failed.

It took six months for Zahra to be assessed by an Early Abilities speech therapist, who felt she was on the cusp of talking but agreed to put her on the waiting list. In the meantime, Ms. Lee took her daughter to a developmental pediatrician, who was concerned that she was at risk for developmental expressive language disorder, a condition in which children have below-average vocabularies and struggle with complex sentences but have normal comprehension.

Zahra's therapy will soon end, and Ms. Lee doesn't know when her active and mischievous little girl will be offered a second round of treatment. So the single mother with no health benefits is planning to pay for a private speech-language pathologist.

"I'm just not comfortable leaving it to chance. She's actually making some progress, so I obviously want to build on the progress."

For Ms. Boudreau and her husband, Ian Brooks, the Early Abilities program has been a disappointment from the start. After a seven-month wait, during which Miller had a few sessions with a hospital-based speech-language pathologist, he was enrolled in a group class in January. But it was about an hour's journey by public transit from the family's west-end home. Ms. Boudreau complained, and Miller was placed in a closer facility. But she says the program has been "a massive letdown" with "pretty useless" basic advice, such as looking her son in the eyes when speaking.

Miller, who is now 22 months old and determined to keep up with his four-year-old brother, Tobin, says a "fair number of things" but uses just one word at a time instead of stringing two or more together.

After his classes end, Miller has been given a spot in a one-on-one program, but Ms. Boudreau suspects the placement is simply the result of her repeated complaints. She expects to eventually pay for private therapy, some of which will be covered by her employee benefits.

Ms. Boudreau, who works in program development for a literacy organization, knows she is more aware of the importance of early intervention, adding that she recognized Miller's delay and began investigating therapy options "lightning fast." But given her experience, she worries not just about her own son, but also about other children who aren't getting help.

"We are failing those kids. There is no question." 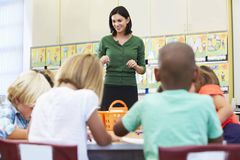 More schools needed near Toronto condos to keep up with family boom
December 2, 2016
Kids with ADHD have some smaller brain regions than normal: study
February 16, 2017
Follow Jill Mahoney on Twitter @jillsmahoney
Report an error Editorial code of conduct
Due to technical reasons, we have temporarily removed commenting from our articles. We hope to have this fixed soon. Thank you for your patience. If you are looking to give feedback on our new site, please send it along to feedback@globeandmail.com. If you want to write a letter to the editor, please forward to letters@globeandmail.com.
Comments